A man who survived a near-fatal collision and battled COVID-19 has finally returned home nearly 20 months after his incident.

Nick Copson, 47, originally from Woodland, near Bishop Auckland, survived a head-on collision near Witton-le-Wear on the A68 on 13 September 2018.

GNAAS paramedic Marcus Johnson was part of the team who treated Nick on scene. 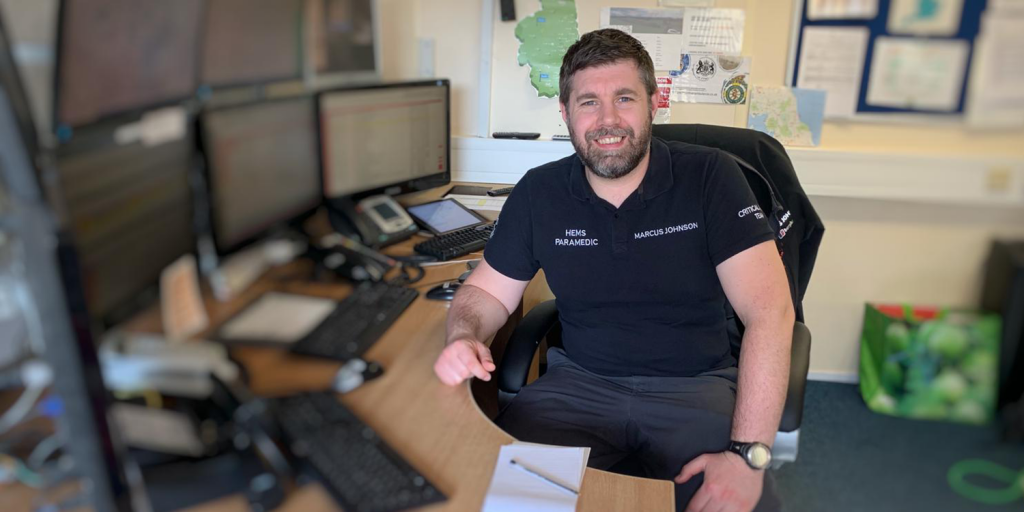 Speaking about the incident he said: “When the fire and rescue team freed Nick, we decided to give him a general anaesthetic to just put him to sleep basically. We also gave him a blood transfusion and a chest drain, which released lots of blood from his chest cavity. Having seen his leg injuries, we had expected him to make more of a fuss when he was removed from the car, but he didn’t flinch which indicated either a serious brain injury or a major spinal injury.”

Nick was flown to James Cook University Hospital in Middlesbrough in ten minutes.

He had severed his spinal cord at T6 level and shattered two vertebrae. He had multiple compound fractures to his right leg, broke his ribs and collarbone, punctured both lungs with the right lung bleeding out and had a major bleed from an artery.

Six days after the crash Nick underwent a major operation on his spine, during which medics had to save him three times.

He went on to have both legs amputated and overcame sepsis, multi organ failure, a fungal blood infection, kidney dialysis, blood clots and grade four bedsores. 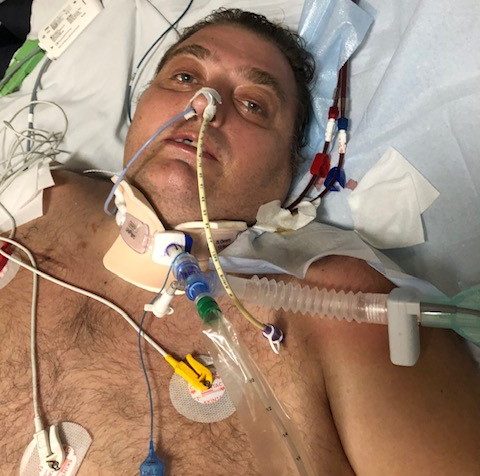 Read Nick’s account of surviving the incident and the aftermath

Nick finally left hospital in October 2019 and moved into a rehabilitation care home to continue his recovery before eventually coming home.

During this time the outbreak of COVID-19 was announced and his care home went into lockdown.

Nikki said: “With Nick being in a rehabilitation care home, I was filled with sheer panic that I would not be able to be with him. I know that a vast amount of people were thinking the same about their loved ones and I totally understood that, however even though he was in a care setting I was still providing a lot of care for him. We had not had a day apart since his accident and the thought of that was setting my anxiety into overtime. He still had such complex needs and not forgetting he had been bed bound for 18 months at that point.”

Nikki decided to stay with Nick in the care home during lockdown, however at the end of March the couple started exhibiting symptoms linked to COVID-19.

She said: “When we both had a tickly cough but no temperature we were quarantined in his room as a precaution. I then agreed that I would do all his care, including repositioning him every four hours, bed bathing him, doing his dressings, colostomy bag and conveen as well and helping him feed himself.”

Nick was tested for COVID-19 which came back positive, and it was deemed his wife also had it as they had the same symptoms.

Nikki said: “Our family’s support helped us through this horrible time. Nick felt helpless as he couldn’t do anything for me or look after me.

“We both overcame the virus and were extremely thankful neither of us needed to go into hospital. A huge amount of respect to those fighting it on a daily basis.

“Now I was better I still wasn’t allowed out of his room and this lasted for seven weeks. During this time we both had some good laughs with each other and also some cries. A lot of time to reflect on the accident and how far Nick had come but never ever with any self-pity. We both deal with what comes our way how we have always dealt with it, together and with strength, hope and humour.”

Nick was finally discharged from the care home in May after staying there for seven months. 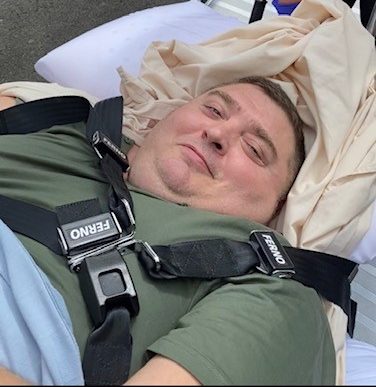 However just a week after moving into his temporary bungalow in Eaglescliffe, he was back in hospital with sepsis.

Nikki was allowed to stay with him as she was classed as his carer and had to wear full PPE all the time while they were in the positive Covid ward.

The couple are now back home and have settled into their temporary accommodation while their forever home is being built.

Nikki said: “I have certainly had to dig deep into my reserves over the last few months let alone since the accident.

“I am grateful that I have my hubby here for me to look after as I know how different things could have been. I am blessed everyday and take pleasure in the smallest of things. Life is good and life is precious.” 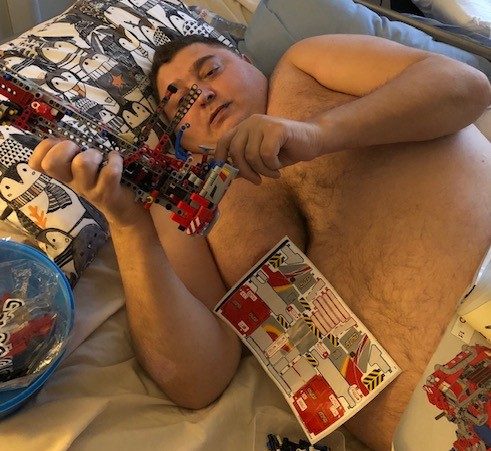 After finally returning to a home setting Nick has reflected on his life since the incident.

He said: “Though my recovery journey is nowhere near complete and I am still horizontally bed bound, coming home is a massive step. It’s a huge milestone for me as it means my family can spend more time with me as well as living a new normal life. The current Covid requirements aren’t allowing my wider family and friends to visit yet however we will be having big celebrations when they are allowed. My wife has and continues to be my rock, always by my side every day ensuring my care needs are adhered to.

“There were times when I thought this time wouldn’t come, but those that supported my journey have really made the difference. My recovery to date has taken hundreds of people to get me this far. A huge thank you to the firefighters of Green Watch from Bishop Auckland Fire Station, paramedics from NEAS along with the HART team, Durham Constabulary, blood donors and the biggest thank you goes to the Great North Air Ambulance paramedics and doctors who ensured my survival. I owe you my life. The list continues with all those within the ICU 2 at James Cook, individuals within the spinal unit, they know who they are. Then on to those individuals within the rehabilitation centre, they too know who they are. The support now continues with the district nurses and most importantly my spinal care managers, oh and my wife Nikki.

All of this wouldn’t be possible without GNAAS, your support is so valuable, please donate.”

Nick and Nikki are now taking on a cycling challenge to raise money for GNAAS. They will both be cycling 100 miles, Nikki on her exercise bike, and Nick on his hand bike.

To sponsor them visit their JustGiving page.