Woman who feared she was paralysed completes cycling challenge for GNAAS

A MARATHON runner who feared she was paralysed after a fall has triumphed after completing a challenge on her e-trike.

Cathy Colam, 73, was less than a mile from her home in Portinscale, near Keswick, when she fell during a training run for the Beachy Head Marathon in Sussex in October 2016.

She said: “This was to be my first marathon for twenty years and I was running in memory of my sister who had sadly died from sepsis two years earlier.

“At 30km, within a mile of home calamity struck. One of those stupid accidents that can happen so easily. Running gently along a track I know well, listening to the traffic on the road I would be crossing in a moment, looking forward to lunch, suddenly I caught a toe on a projecting stone and saw the ground coming up to meet me.

“Next thing I knew I was lying flat on my back unable to feel my arms and legs. Two thoughts came immediately into my mind. One was ‘don’t move’. The second was ‘I don’t want to be paralysed’.”

Ten minutes after her fall an elderly couple spotted Cathy, and a local woman also came to help and dialled 999.

The Great North Air Ambulance Service (GNAAS) was requested and they assessed and treated Cathy before flying her to the Royal Victoria Infirmary (RVI) in Newcastle, where she was found to have a bruised spinal cord. 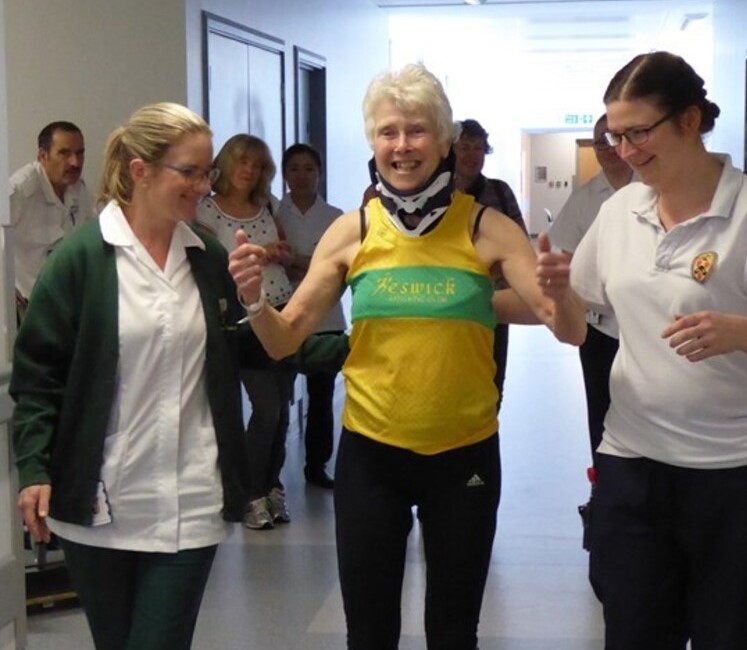 With your support, we can keep holding strong.

While recovering, Cathy ended up swapping her planned 26.2 mile run for a 26.2 metre walk down a hospital corridor and completed a fundraising duathlon challenge, which also included two five-minute stints on an exercise bike.

After a month in the RVI she returned home where she continued to improve and can now walk a few miles but her balance is still unreliable, so she bought herself an e-trike this year and set herself a new fundraising challenge.

She said: “I wanted to use it to support a charity and what better choice than GNAAS. Not only had they helped me when I needed them but having been a mountain leader I was all too aware of the essential support they provide to the mountain rescue teams.”

Cathy Colam cycled 30 miles around Skiddaw in just over four hours and raised £1,061 for GNAAS. 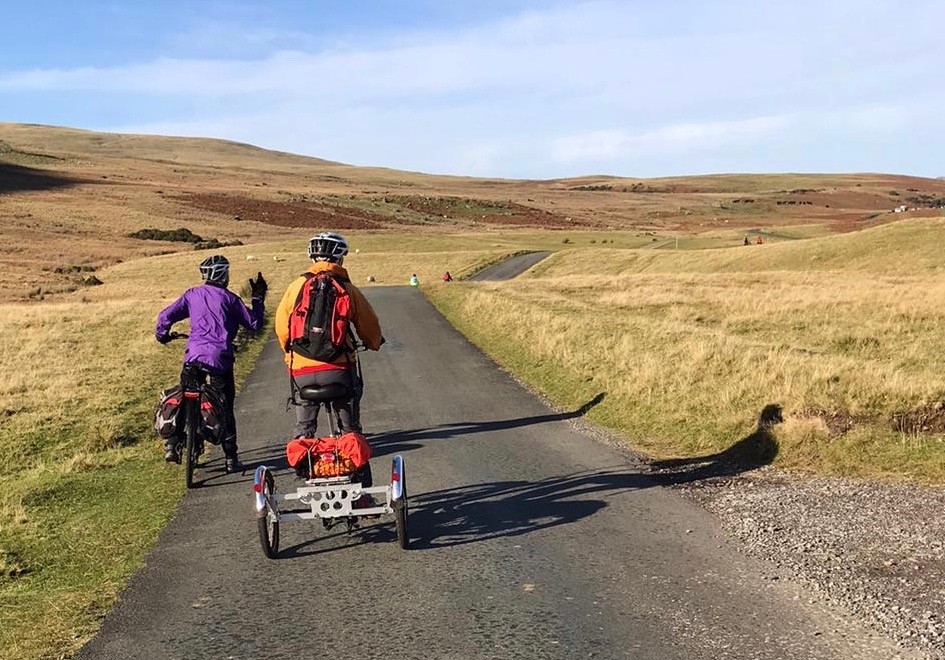 She said: “It is crazy that they have to rely on voluntary donations, but since they do I am always happy to do what I can.

“GNAAS is so vital to all of us in Cumbria, we hope we never need them but we all know someone for whom they have been a life saver. Please donate, think of it as an insurance policy.”