Woman thrown off horse supports Race to the Base

A WOMAN who suffered a potentially lethal open fracture on her leg after being thrown off her horse is now taking part in a virtual challenge to support her local air ambulance.

Angela Ward, 51, from Boosbeck, near Saltburn, was out horse riding with her friend in Errington Woods when her horse Rosie suddenly bucked and threw her off.

Angela said: “My friend who was with me asked if I was ok, I said yeah fine, then I sat up and looked at my foot, which was facing the wrong way. I knew then that it was serious. My friend went green.”

Angela had sustained an open fracture and broken her ankle, tibia and fibula.

She tried to put her foot back into position as best she could and put herself into the recovery position before ringing for the emergency services.

Due to the remote location, she was lying down in the forest for over an hour before members of the Cleveland Mountain Rescue Team (CMRT) arrived.

By this point Angela’s body was shutting down and because she was on warfarin, a blood thinner, she had lost a lot of blood. 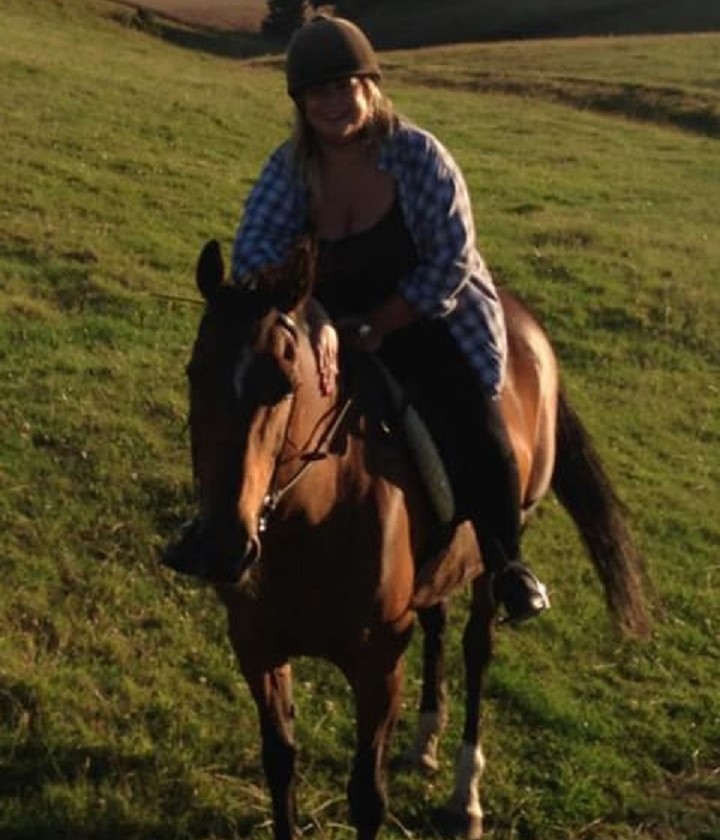 She said: “When I heard the helicopter it was the best sound in the world. I remember the CMRT member saying to me ‘here’s your taxi’.”

Angela was airlifted to James Cook University Hospital and underwent two operations before returning home more than two weeks after the incident which occurred on 28 December 2013.

She said: “I did get back on Rosie after nearly two years of recovery and went back to the same place I came off. Since then I have given up riding as if I landed on my leg again I don’t think they could save it a second time.” 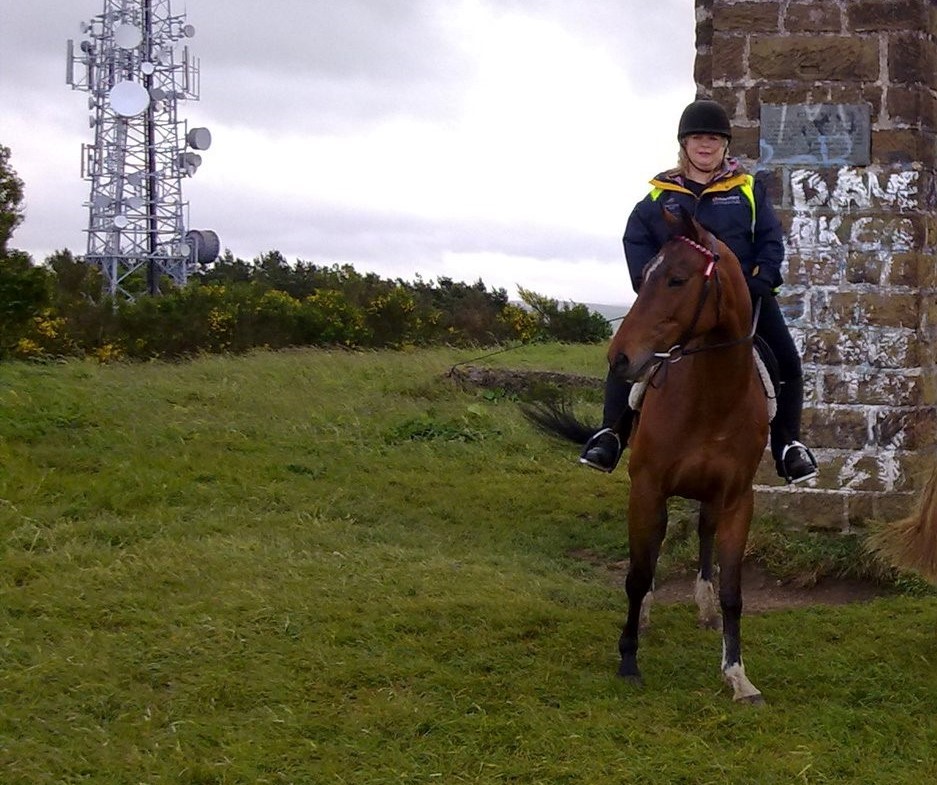 The mother-of-one has now challenged herself to walk 32 miles as part of GNAAS’ virtual challenge Race to the Base, which is taking place this month.

She said: “When I saw the advert for the Race to the Base in January I thought now is my chance to raise some money.

“My daughter Gaby and her boyfriend Lewis have supported me walking every weekend and we even got up Roseberry Topping, something I never thought I would be able to do. Now I want to complete 32 miles for GNAAS.

“Every time I hear the air ambulance now I smile and think that without the team I would not be here, and definitely not have my foot.”