A WOMAN will take on a series of fundraising challenges after her husband was left brain damaged in a cycling crash, an incident which led to his retirement from the police force.

Avril Mackay, 53, from Hartlepool, along with family and friends, will participate in the Great North Swim, Yorkshire Three Peaks, Tough Mudder and the Yorkshire Marathon, in support of the Great North Air Ambulance Service, which came to the aid of her husband, Alastair Mackay.

Mr Mackay, 52, suffered serious injuries when his bike collided with a mini bus near Windermere, in the Lake District.

Recalling the incident, on August 12 last year, Mrs Mackay said: “We were out cycling and were coming down the hill towards the ferry.

“I was in front of Alastair and I’d just passed a minibus that was coming up the hill when all of a sudden I heard a bang. I looked up the hill to see him lying on the floor underneath the mini bus.”

The GNAAS paramedic and doctor team arrived at the scene and assessed Mr Mackay’s injuries which included a broken jaw, open wounds on his limbs and life-threatening bleeding in and around the brain.

The father-of-two was placed into an induced coma – an advanced procedure carried out by the GNAAS doctor – before being airlifted to the Royal Preston Hospital where he remained in a coma for nearly two weeks.

Mrs Mackay said: “GNAAS were on the scene really quickly and were absolutely amazing. The team were so calm and professional and everything they did was great. If it wasn’t for the swift response of the air ambulance, I don’t think Alastair would be here today.” 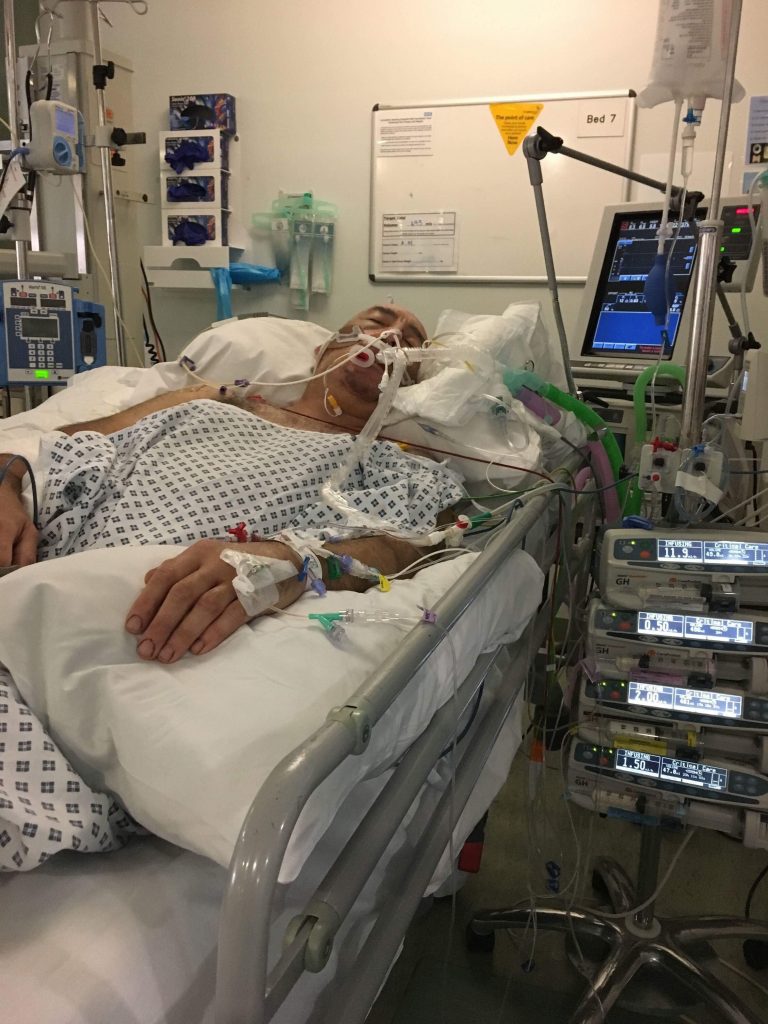 Mr Mackay spent five weeks on a neuro-surgical ward before being transferred closer to home to the neuro-rehabilitation ward in James Cook University Hospital in Middlesbrough, where he received intensive therapy for seven weeks.

He was discharged in November and continues to recover at home where he has made significant progress.

Mrs Mackay said: “Alastair can’t remember his accident or his time at Preston but he’s recovering really well. He had to retire from his job as a detective constable at Northumbria Police because of his brain injury, and I reduced my hours at work to look after him.

“He still struggles with some daily tasks but I’m sure he’ll eventually learn how to do things again.”