Our teams had a busy start to the week and flew five times across the region on Monday.

Our critical care team based at Teesside International Airport were called at 12.23pm to Bedlington after reports of a motorcycle collision.

Our paramedic and doctor assessed and treated a patient before accompanying them to hospital on a North East Ambulance Service vehicle.

The full story is available on the Chronicle Live, where it is reported that the male patient subsequently died in hospital. Our thoughts are with those closest to him.

Anyone with information is asked to contact 101 quoting reference 509 29/07/19 or by emailing the officer in charge at  510@northumbria.pnn. police.uk . 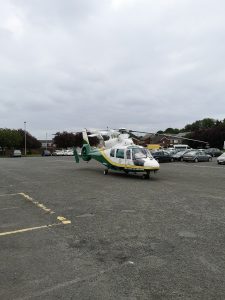 Later in the afternoon, our team based at Langwathby flew to Wigton where a person had reportedly been injured in a fall.

After treatment on scene, the patient was flown to hospital for further care. 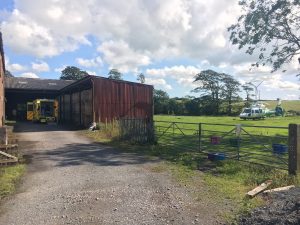 The team at Teesside International Airport were then stood down from an incident in Hartlepool before being activated to East Lancashire to reports of a road traffic collision.

Three people were reportedly injured when two vehicles collided on the A59, near Clitheroe.

North West Air Ambulance were also in attendance, and following treatment on scene, one patient was flown by GNAAS to hospital.

Crews have just attended a serious RTC on the A59 near Langho, a large multi agency approach was required to free a casualty from one of the vehicles. Great team work from all involved. pic.twitter.com/csz3keNTn4

Read more about the incident on the Lancashire Telegraph.

Our critical care team at Langwathby also flew to the A591 at Ambleside in the evening to reports of a motorcycle collision.

Our team arrived on scene at 6.25pm but sadly despite the best efforts of all involved, the patient died. Our thoughts are with the family and friends of the man.

Read more at the News & Star, where Cumbria Police have appealed for information. Anyone who witnessed the incident or who may have dashcam footage are asked to call PC 2392 Evans on 101. 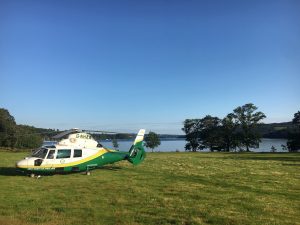