A TEENAGER has been praised for saving his mother’s life after she suffered a cardiac arrest at home in Darlington.

Elliott Dummett, who was aged 15 at the time, witnessed his mother Helen collapse just minutes after arriving home from work.

Helen Dummett, 49, said: “I was in the garden room and luckily the covers from the garden chairs were on the floor which broke my fall. I said I was going to collapse and then I can’t remember anything.”

Elliott and his older brother Mathew were in their family home in the Faverdale area at the time of the incident – which happened in May – and rang 999, informing the call handler that their mother was breathing irregularly.

Elliott performed CPR until emergency services arrived and were able to take over.

The team from the North East Ambulance Service (NEAS) used a defibrillator to apply repeated shocks to her heart until it began to beat again.

Doctor Dave Bramley and paramedic Ian Grey from the Great North Air Ambulance Service (GNAAS) arrived just after Helen regained a heartbeat, however she was not breathing effectively. 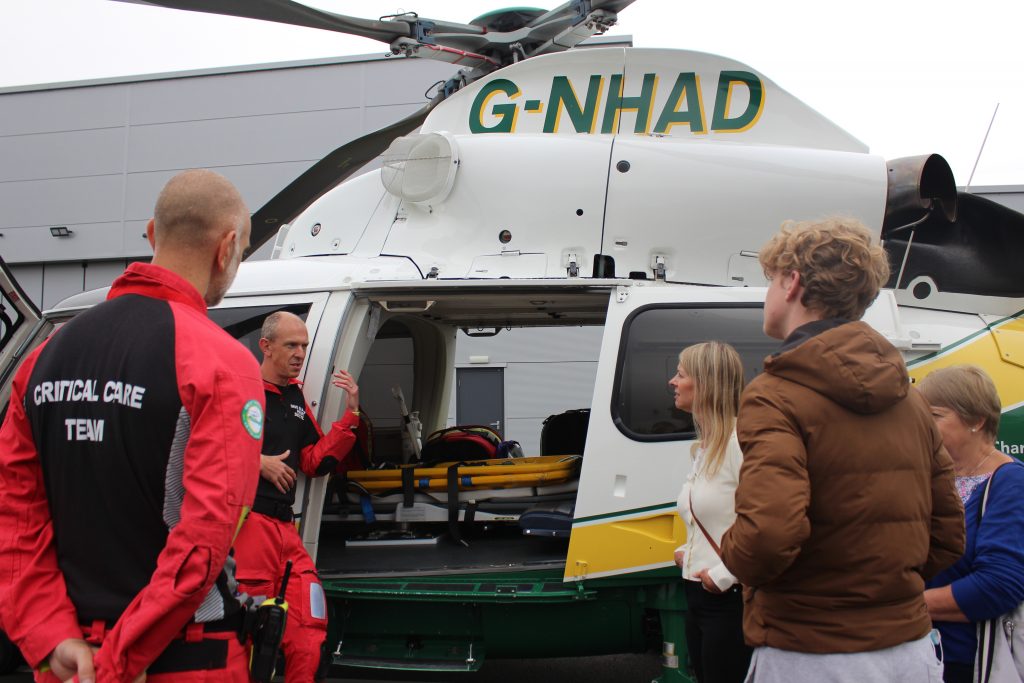 Dr Bramley said: “It was critical to get Helen’s oxygen levels back to normal to reduce the risk of permanent injury to her brain. Ian and I therefore made the decision to anaesthetise Helen, then place a tube into the top of her lungs and take over her breathing using a ventilator. This was successful and her oxygen levels returned to normal.”

With the help of NEAS, the team carried Helen to their helicopter and she was airlifted to James Cook University Hospital in Middlesbrough, where she had a defibrillator fitted, before returning home a week later.

The family were reunited with the GNAAS team at their base near Eaglescliffe, where they witnessed the charity take-off to help someone else in need. 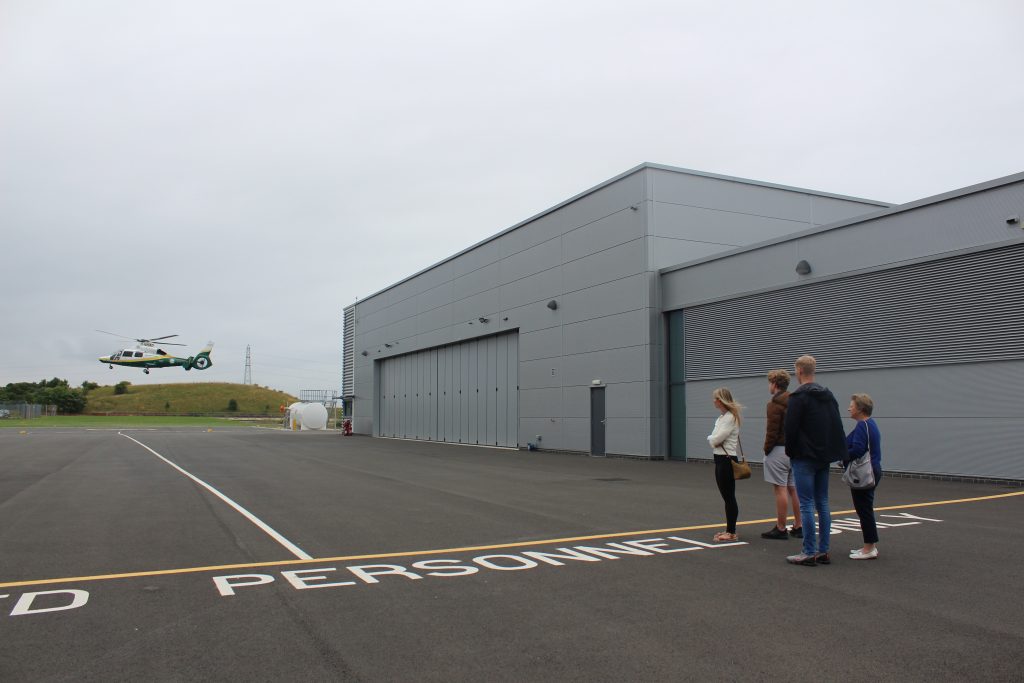 Helen said: “We feel very privileged and honoured to have been able to meet the team who looked after me and saved my life.

“If not for the fast action of my sons and the critical support and help received from the emergency services this might not have been a happy ending.

“Despite everything that happened on the Thursday night, Elliott went to school the next day because he had exams. He did incredibly well and is considering a career in medicine as a result of everything.” 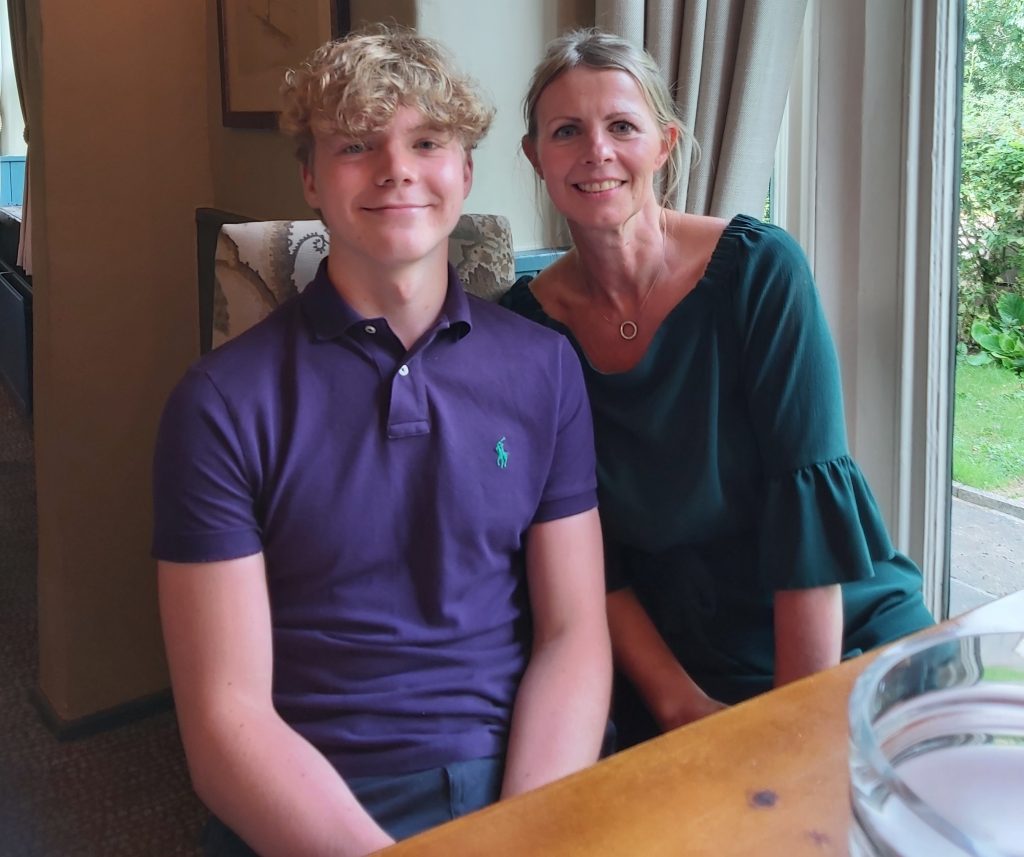 Dr Bramley added: “When I handed over her care to the team at hospital, I was unsure if Helen would survive, and if she did I thought it would be likely that she would have some injury to her brain caused by the lack of oxygen. Sadly, on average fewer than 10% of people who suffer a cardiac arrest out of hospital will survive.

“It was therefore incredible to meet Helen recently and hear about her recovery. It was especially humbling to meet Elliott again. If he had not had the maturity and composure to perform cardiac compressions on his mother, then during the time from her collapse until the ambulance arriving she would have had no blood flow to her brain.

“There is no doubt in my mind that without Elliott’s actions, Helen would not be alive and well today, and I felt fortunate to be able to meet the whole family again in much happier circumstances.”