Team called out to Darlington, Seaham and Sunderland

Our critical care team at Teesside International Airport were kept busy yesterday afternoon but thanks to public donations were able to respond.

Yesterday afternoon, the Great North Air Ambulance Service’s team in the North-East was called to back-to-back incidents in the region. An earlier incident in Darlington meant it was a busy afternoon for the team. The incidents were:

At 2.25pm they were activated to the Yarm Road area of Darlington after reports of a medical incident. Our paramedic and doctor team assessed and treated a patient before they were taken to hospital by a North East Ambulance Service road crew accompanied by our team. 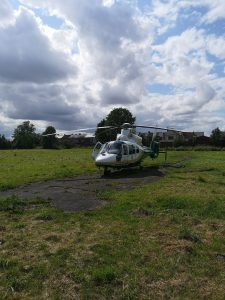 Later in the afternoon, our team were activated at 5.43pm to Seaham to reports of a fall. After treatment on scene, the patient was flown to hospital for further care. 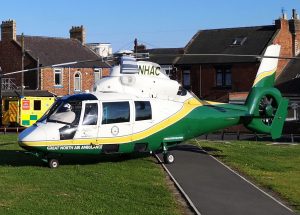 Shortly after returning to base, the team were activated at 6.54pm to Sunderland to reports of a road traffic collision. One person was reportedly injured when a motorcycle and bus collided. Our critical care team assessed and treated a patient before airlifting them to hospital. 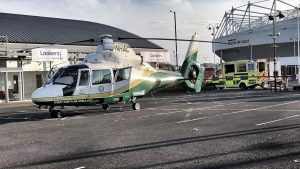 Read more about the incident on the Sunderland Echo