Sue Wilkinson from Stockton has been reunited with the medical teams who “performed a miracle” in saving her life following a heart attack at home.

She had been enjoying coffee with friends in July when she started to feel unwell.

Sue said: “I had said to the girls that I had a lot of pain in my back but we’re all always moaning about pain, so it got left as that and then we had a wander around Poundland.” 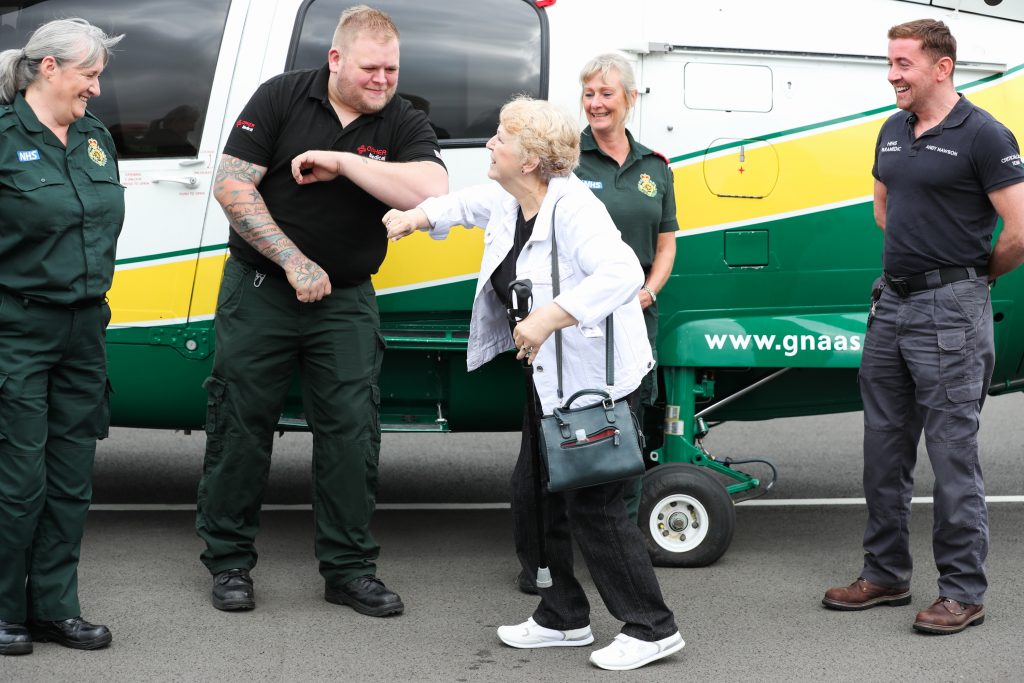 Sue’s condition had quickly deteriorated to the point that her heart had stopped beating.

The 69-year-old said: “That’s when they performed a miracle on me.”

The retired civil servant was placed in an induced coma on scene and taken to James Cook University Hospital where she stayed for six days. She has since made a full recovery.

Sue said: “I had been thinking about what to say to the teams that helped me when I saw them face to face but thank you isn’t enough.

“They brought me back from the brink of death and do such a magnificent job. They saved my life.” 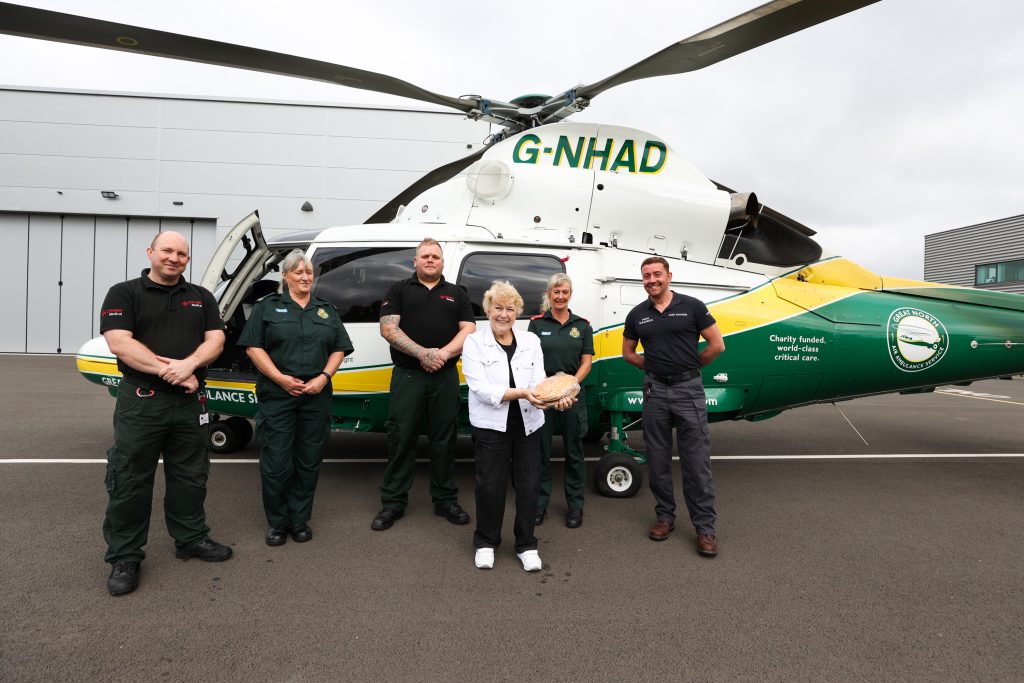 Last week, Sue – who said she is more commonly known locally as “corned beef pie lady” in recognition of her baking – visited the team who helped her at the GNAAS base near Eaglescliffe. She even brought along pies for all those who helped.

Andy Mawson, paramedic and director of operations at GNAAS, who helped Sue, said: “I’m just glad we could be there to help. Sue was in a very bad way and without immediate care would not have survived. Everyone pulled together and it’s amazing to see her make such a quick recovery.”

NEAS health advisor Samantha Jefferson was the first to take the call to 999 at 4pm that day, from which paramedic Susan Fletcher and clinical care assistant Tracy Martin were dispatched to the scene.

NEAS paramedic, Susan, who retired from 34 years of service this week, attended the reunion with her colleague Tracy. 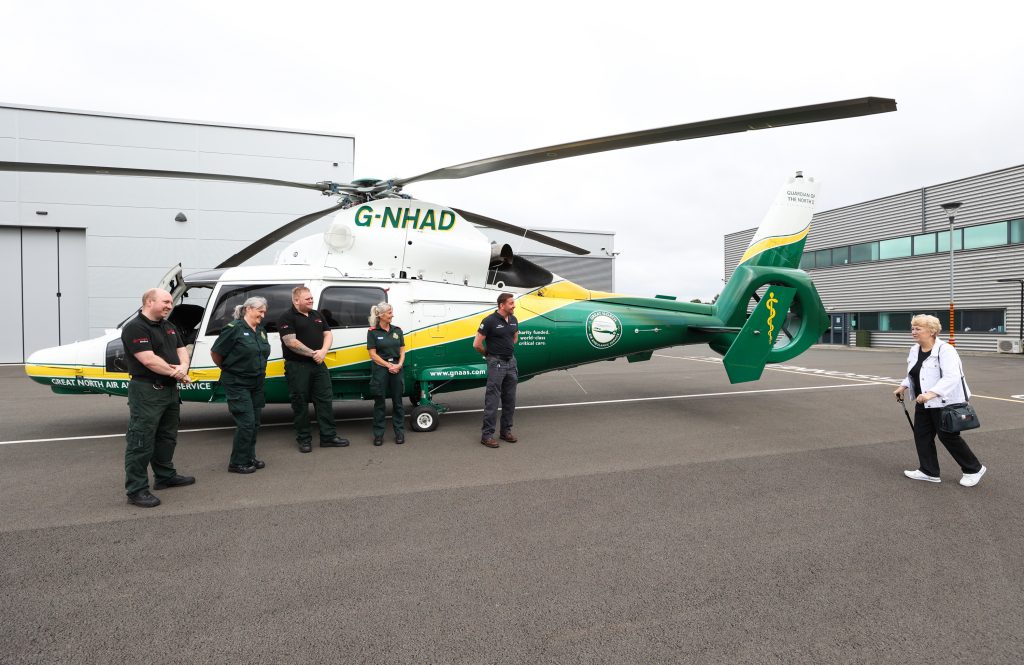 She said: “I’ve only met one other patient I helped to save the life of in 34 years of service and it’s wonderful to hear that Sue has fully recovered.  We were first on scene and witnessed Sue go into cardiac arrest, which is really uncommon, but it meant that she had advanced life support immediately.

“We called for backup and received such amazing support from the following crew and the Great North Air Ambulance Service team, who accompanied us on board our vehicle on route to hospital to help keep Sue stable.

“I remember such amazing teamwork, with what was to be an enormously successful outcome. This is why we do the job, to help people.”

Sue said that following the incident her priorities in life had shifted.

“I don’t care about trivial things anymore,” she added. “If a friend wants to come over and my house isn’t tidy then so what? They are coming to see me and nobody else. All that matters now is my loved ones and interacting with others because that’s all that life comes down to.” 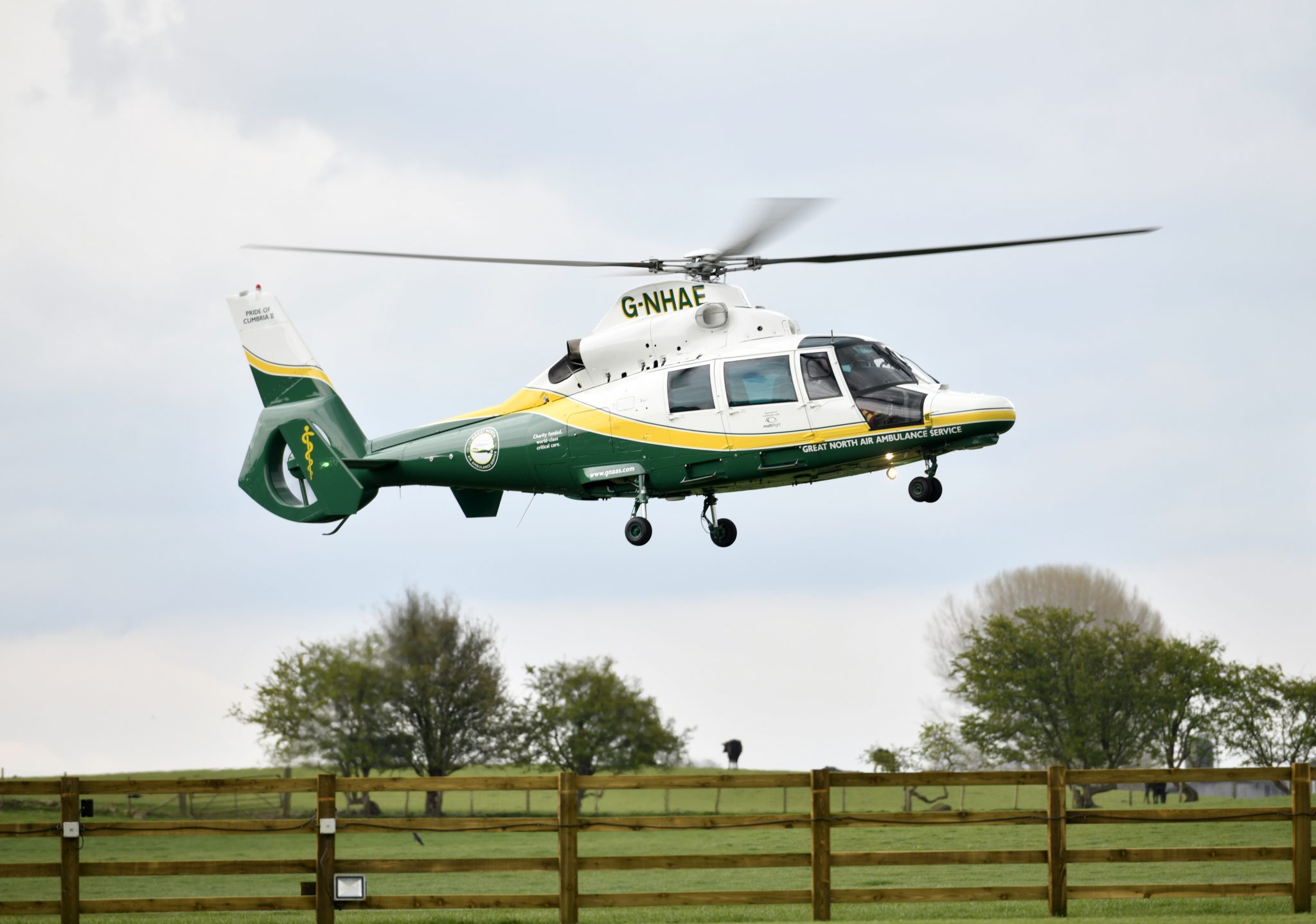