A TEENAGER who suffered serious head injuries after falling off her skateboard has amazed medics after she returned to Sixth Form.

Rachel Sheldon, from Coxhoe, in County Durham, was skateboarding near her home on 14 September 2019, when she is believed to have hit a speed bump on the road causing her to fall and land on her head.

The 16-year-old, who had been skateboarding for six months said: “I went down this hill that I’d always go down and wouldn’t fall over and surprisingly it made me fall one metre into the sky and then I turned over and I landed backwards. So, I hit my head and blood was coming out of my ears and nose and I was unconscious.”

The Great North Air Ambulance Service (GNAAS) was called to the scene and administered advanced pain relief to Rachel before airlifting her to the Royal Victoria Infirmary (RVI) in Newcastle, where she was put into a medically-induced coma.

She said: “I fractured my skull, which caused brain damage and three blood clots behind my right eye, which got really big, like a panda eye, but luckily they disappeared so they didn’t have to do surgery on me but obviously I forgot how to walk and eat and talk.” 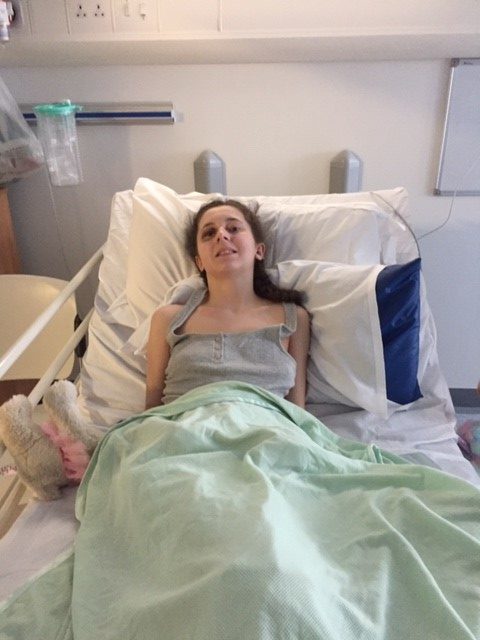 Rachel remained in hospital for three weeks and is making good progress with her recovery.

She added: “I can still speak, I can do things on my own, like wash myself, that I couldn’t do before, I can stand, I’m grateful to be speaking.”

Rachel visited the GNAAS base at Teesside International Airport where she met Dr Dion Arbid and paramedic Tim West who treated her.

She said: “Meeting Dion and Tim was great because they’re the ones who saved me. I got to see inside of the helicopter, which some people don’t get to do. I think GNAAS are great and I’m very grateful for it.” 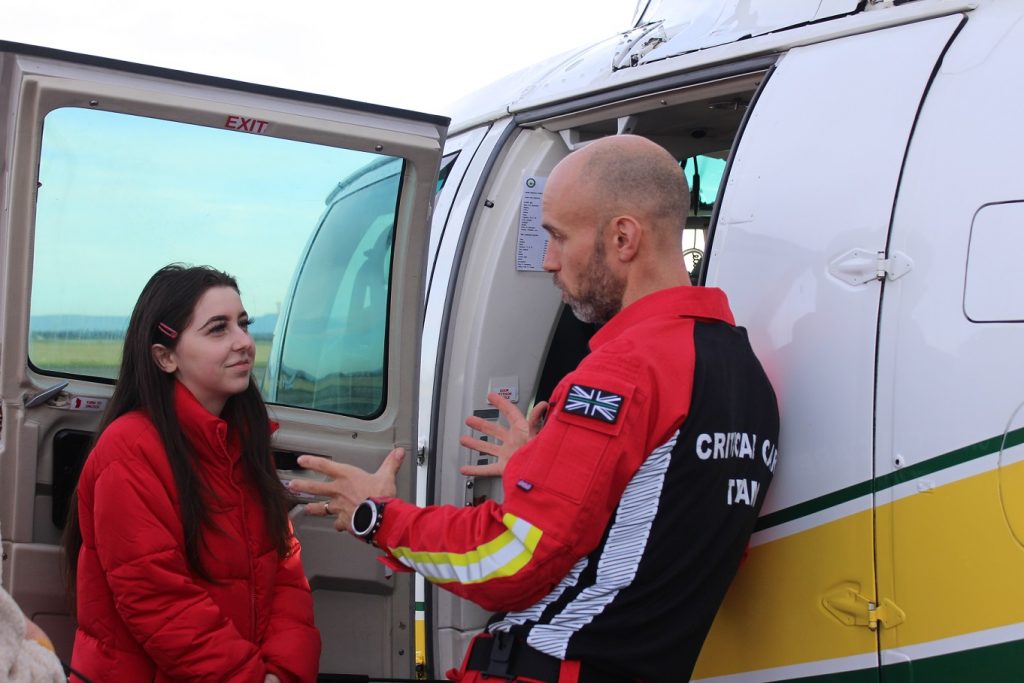 Mr West said: “Rachel had sustained a serious head injury, so I was amazed to see how well she was doing when she visited the base. Rachel is a very positive young woman, so it was a pleasure to meet her again, under much better circumstances. We wish her all the best with her recovery.”

Rachel managed to return to Sixth form in February and is currently studying maths and health and social, however she will have to do an extra year to catch up with her studies.

She has also got a Saturday job in a vegan cafe in Spennymoor which she is enjoying and after spending time at Walkergate hospital she has been signed off.

Her mother Tracy Sheldon said: “She’s really doing great, she’s so positive, she’s a little more tired but I keep reminding her how much she’s doing. It’s nearly six months after her accident and goodness time goes fast. It’s her birthday on 19 March and she will be 17 so we are going to Center Parcs, I can’t wait to have a little break.

“We are also looking at helmets as she wants to start skateboarding again.”