Paramedic thanks airborne colleagues after ‘hit and run’ rescue

A PARAMEDIC who suffered life threatening injuries in an alleged hit and run cycling incident has been reunited with the medics from the Great North Air Ambulance Service (GNAAS) who he says saved his life.

Jack Talbot, 25, a competitive cyclist, was riding in his hometown of Ulverston, when he was involved in a serious collision with a car. The incident happened at the junction of Park Road and Priory Road on July 26. 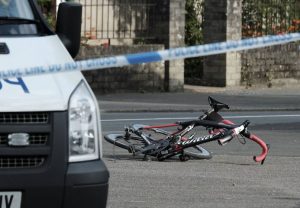 Mr Talbot was in a critical condition and sustained a serious brain injury, a T7 spinal fracture, a broken shoulder blade, rib fractures and a collapsed lung.

He was put into a medically induced coma on scene by the GNAAS doctor-led trauma team before being airlifted to the Royal Preston Hospital.

Mr Talbot remained in an induced coma for 13 days and eventually left the hospital after five weeks to continue to recover at home. 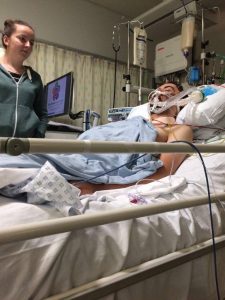 He said: “After I was discharged I thought I was better, which I now know wasn’t the case. I couldn’t do ordinary day-to-day tasks and I kept forgetting basic information like what happened to me and the reason why I was in hospital. It was only when I looked at my discharge letter from the hospital that I realised the extent of my injuries.

“I’m a lot better now and my memory seems to be back to normal, although it wasn’t great to start with.”

Mr Talbot who is a paramedic for the North West Ambulance Service, visited the GNAAS air base on at Langwathby on Sunday where he met Dr Laura Duffy and paramedic Andy Dalton who both came to his aid in July.

He said: “GNAAS are amazing. As a paramedic I think I used to take the air ambulance for granted, but as a patient I see them totally different. I was lucky that they were available because they’re not only quick at getting people to hospital but they have a doctor on board. I wouldn’t be here without them.”

Mr Talbot expects to be returning to work soon, and has been offered the opportunity to work a shift with GNAAS to experience what it is like to be part of an air ambulance crew.