Opus Motor Group have donated a Harley-Davidson® Motorcycle to an air ambulance service who came to the aid of their managing director.

Sohail Khan, from Opus Motor Group, was on a stag party with his friends in April 2017 when he took part in off road buggy racing in Penrith.

Recalling the incident, he said: “The course was quite hilly with jumps on it. I was probably driving a bit too fast and went up one jump and then landed on the apex of the next jump. The frame of the all-terrain vehicle hit the floor.”

“I was in absolute agony and I knew something was wrong given I have a background in physiotherapy. Despite knowing better I asked my friends to help me out the vehicle.”

“I could only describe it as knife like pain in my back and there was numbness in my legs.” 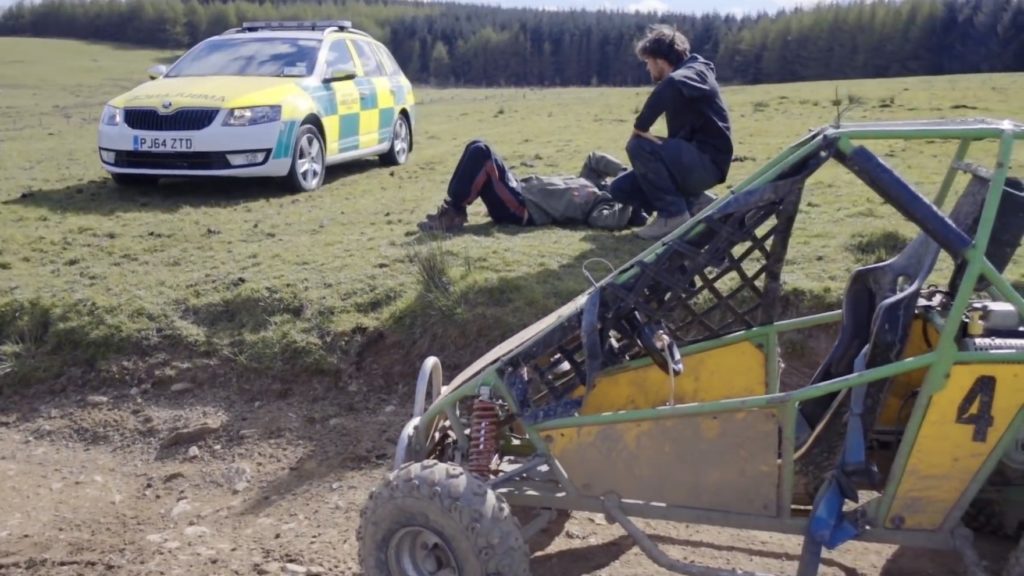 Mr Khan had crushed his t12 vertebrae and was experiencing severe spasms in his back.

A rapid response vehicle from the North West Ambulance Service arrived on scene, and a paramedic administered morphine.

The critical care team from the Great North Air Ambulance Service (GNAAS) landed in their aircraft shortly afterwards and amongst the team was GNAAS paramedic Sarah Graham who had recently been involved in a photoshoot with Mr Khan’s father, the late Nas Khan OBE. Nas Khan himself had kindly donated a car to support the charity’s annual raffle that very year. 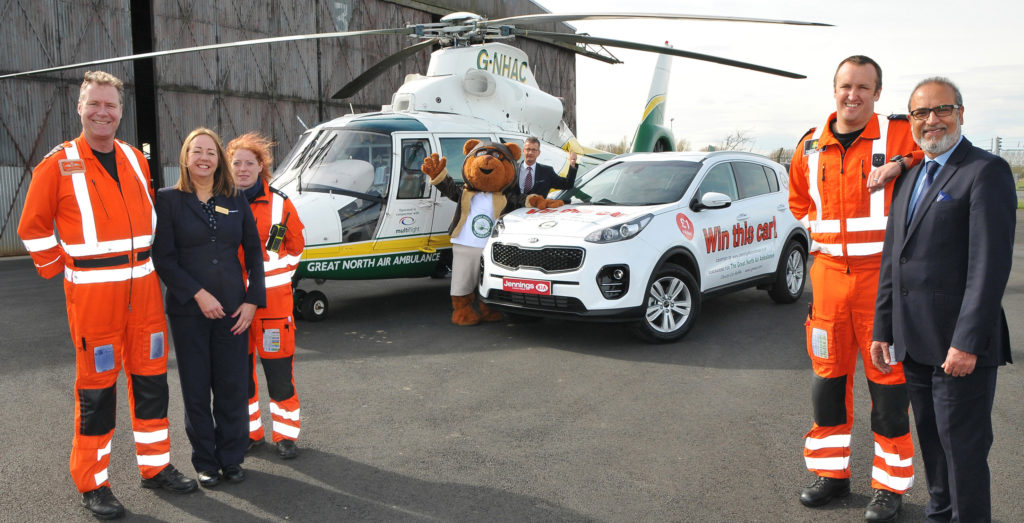 He said: “My father was an avid supporter of GNAAS and when they landed the female paramedic recognised me because she’d met my father and thought I looked a lot like him.”

After assessing Mr Khan’s injuries, he was airlifted to the Cumberland Infirmary in Carlisle where he stayed for a week before being discharged. 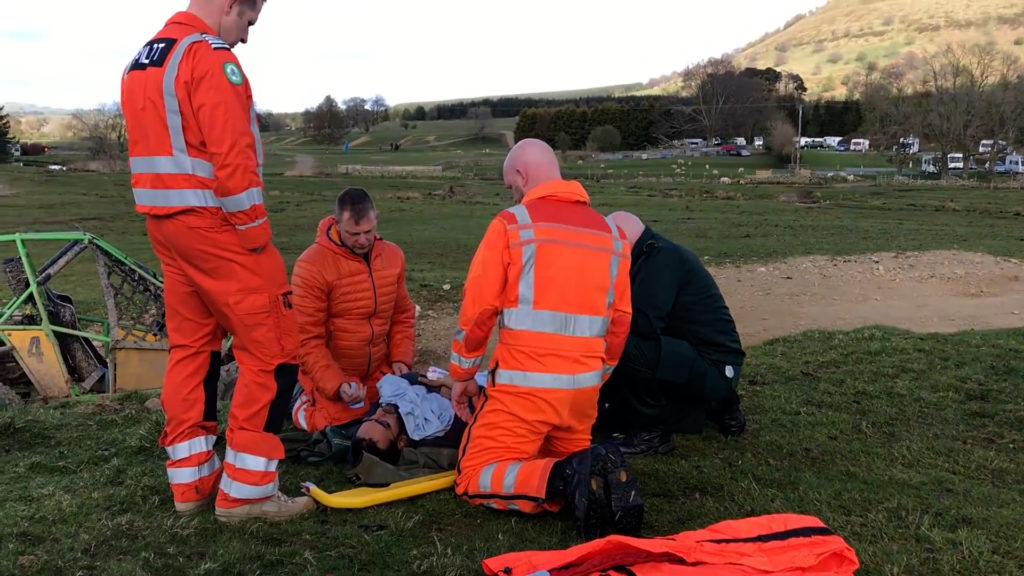 Over the years Mr Khan’s father, who was the former managing director of Jennings Motor Group before it changed to Opus Motor Group, was widely recognised for his charitable efforts.

He helped raise hundreds of thousands of pounds for GNAAS and his son has followed in his footsteps by continuing to support the charity and recently donated a Harley-Davidson® Motorcycle which is the top prize in a raffle. 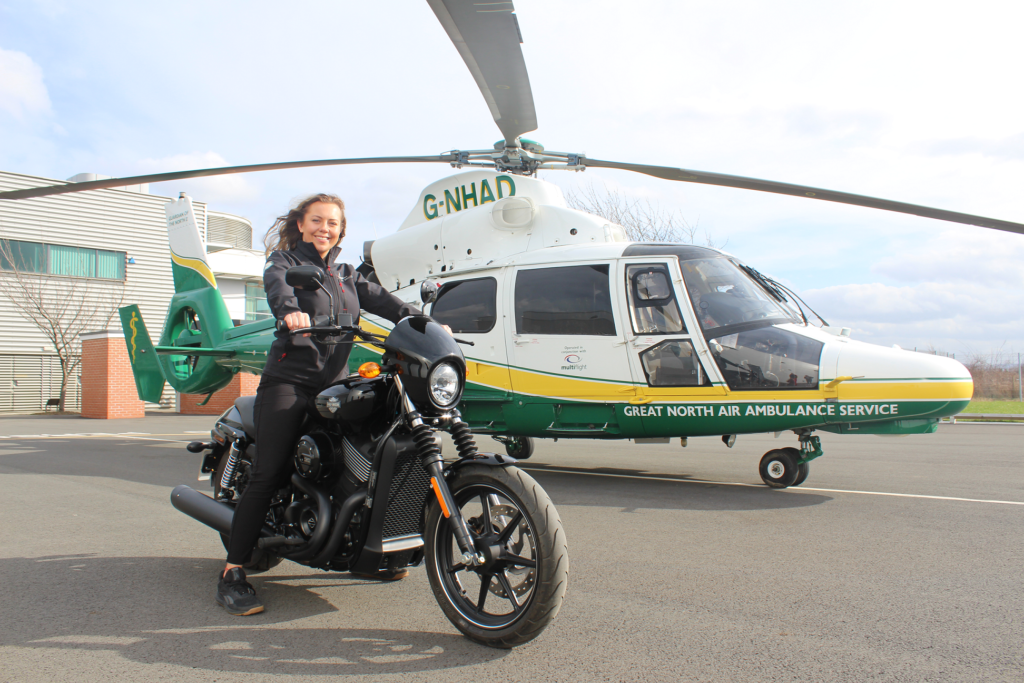 He said: “I think GNAAS do an absolutely fantastic job. We operate two Harley-Davidson® branches and almost everyone we know, knows someone who has been touched by GNAAS, whether that is friends or family. They are like a guardian angel watching over our community. I want to continue the support my father gave and do it in my own way so that’s why I donated this bike.”

Raffle tickets to win a Harley-Davidson® motorcycle are on sale at £5 per ticket and there’s also the chance to win an interphone and a picnic backpack with a drinks cooler.

Enter our raffle for a chance to ride away on your very own Harley-Davidson bike.