The region’s new charity-funded air ambulance helicopter has clocked on for its first shift.

The Guardian of the North II will be based at the Great North Air Ambulance Service (GNAAS) base near Eaglescliffe, Stockton. The £5m aircraft will work across the charity’s entire area which includes Cumbria and North Yorkshire as well as the North East.

The £5m Dauphin N3+ helicopter is the newer version of the charity’s existing aircraft, which are each around thirty years old.

It is equipped with all the latest kit, has much more powerful engines and a new interior layout which will give the charity’s doctors and paramedics better access to patients.

Andy Mawson, director of operations at GNAAS, said: “This aircraft is only five years old and has had very little flying, so we were delighted to get her for the price.

“The additional power and range will give us a greater degree of flexibility when it comes to responding to serious incidents.

“This aircraft will mean the difference between life and death for some people out there.”

Jay Steward, the charity’s chief pilot, said: “I can’t wait to get started in her. The testing has all gone well and we think she’ll add another dimension to the work we do in the region.”

The arrival of the Guardian of the North II marks the culmination of the charity’s relocation project. Its base at Teesside International Airport closed on Monday. 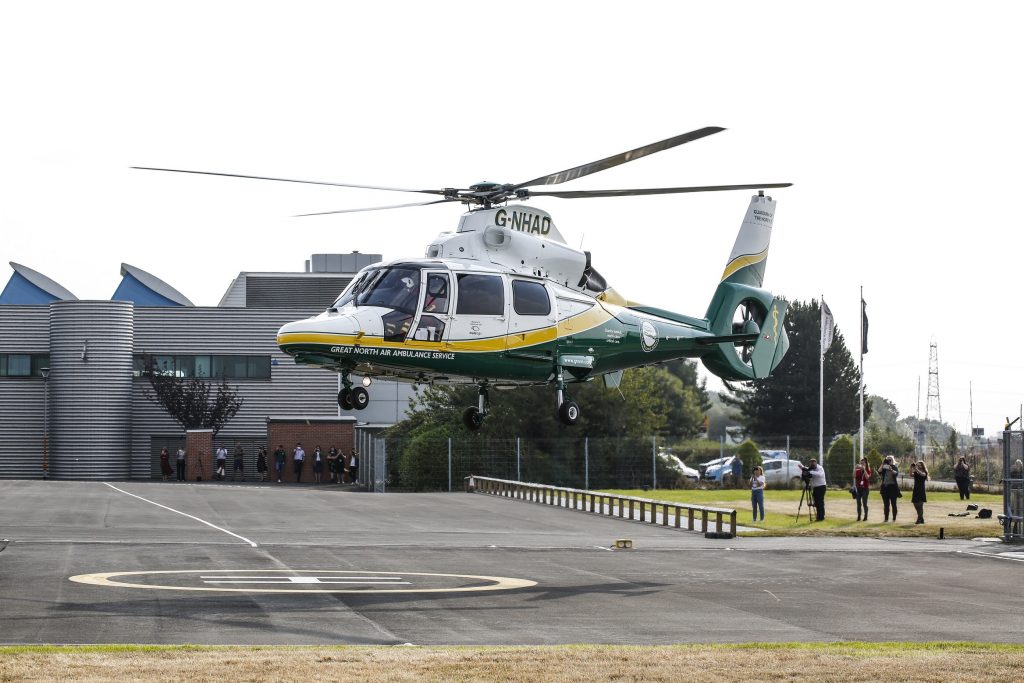 Last year, the charity’s administrative and fundraising staff moved from offices in Darlington and Newton Aycliffe to its new site at Urlay Nook, Eaglescliffe.

Mr Mawson said: “The relocation was paid for through charity reserves and grant funding.

“The money savings from combining three sites into one will help keep this new aircraft flying when she is needed throughout the region, though as ever we’re going to need help from the public over the years to come.”

The impact of coronavirus on fundraising activity means the charity has lost an estimated £100k a month in income. In June, donations were at a third of last year’s levels.

The charity is asking members of the public to continue their support where possible in order to sustain the new aircraft and its crew. It has also put two of its older aircraft up for sale.

It received a timely boost this week after announcing the successful application of a £520k grant from the Department of Health and Social Care – part of a government funding package for the UK air ambulance community.

Mr Mawson said: “This is welcome news, but the fundraising battle is far from over. Keeping our team flying needs the support of everyone in the region. They’ve never let us down, and we hope they don’t now.”