Green-fingered grandmother raises £1,600 for GNAAS after they rescued her

A green-fingered grandmother has raised £1,600 for the air ambulance which rescued her following a roll-over car collision.

“I spend 50% of my life gardening so I might as well use my hobby to help somebody,” said Lyn Murray, 71, of Haltwhistle.

The money raised will go to the Great North Air Ambulance Service (GNAAS) which airlifted Lyn following the incident, which left her with multiple serious injuries and facing three weeks in hospital.

She has no recollection of the collision, which happened on the Military Road near Chesters Roman Fort in 2013. Her car left the road and overturned.

She said: “There was a farmer in a field nearby who didn’t see the crash but heard it and then saw something fly through the air.

“He said it looked like either clothes or a person so it must have been me. He called 999 and said I was breathing funny and put me in the recovery position until someone came.” 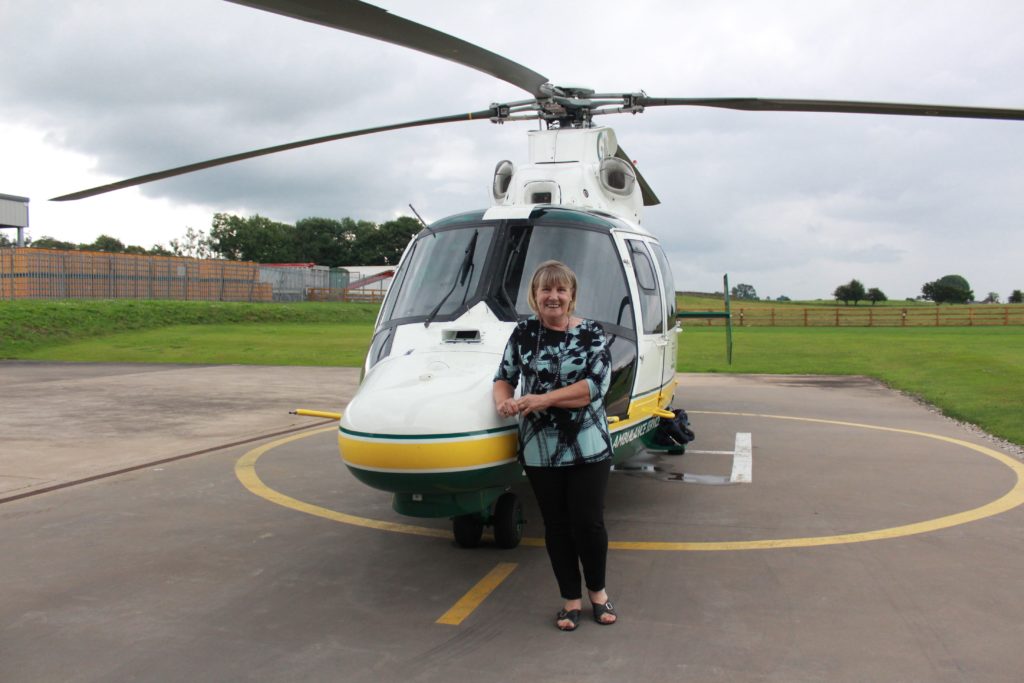 GNAAS flew the grandmother-of-six to the Royal Victoria Infirmary in Newcastle.

During the pandemic, Lyn decided to sell plants from her allotment to raise money for GNAAS, so far she has donated £1,600 to the charity.

She said: “A neighbour put up a polytunnel for me and another lady. I was wondering what I was going to do with it. Then it just came to me that I should grow plants for GNAAS.

“I would just like to thank the locals in Haltwhistle who are either buying the plants or giving the plants. They are a fantastic community and have been incredibly supportive.”

After hearing of Lyn’s fundraising, the team at GNAAS invited her to their base at Langwathby, near Penrith, to meet paramedic Terry Sharpe who treated her on scene.

She said: “The visit was smashing, it was really good to meet Terry.

“GNAAS are a marvellous charity which has helped a lot of people. We live in a rural area so we know how vital the service is.”

Terry Sharpe, GNAAS paramedic added: “It was lovely to meet Lyn and her family at our base and find out how she’s doing years later. We are all very grateful for her fundraising efforts as this will help us continue to operate across the region and provide critical care to those who are ill or injured.”