A grandmother has described the impact of living with a brain injury after she was struck by a car while walking across a zebra crossing.

Donna Phillips, 50, said the incident has transformed her from being quiet and reserved to being loud and occasionally short-tempered.

“I’m so different,” she said. “I used to be quiet now I don’t shut up. I talk to anybody even if I don’t know them. I have no filter and say what comes in to my head but I am not always tactful.”

Mrs Phillips was struck by a vehicle on a crossing in her hometown of Consett, County Durham, in November 2014.

Describing the incident, Mrs Phillips said: “I’ve been across that zebra crossing hundreds of times.

“I had bags and boxes and I remember coming to the crossroads and there is traffic that comes three ways. I looked and there was nothing coming and I had right of way.

“I was three steps from reaching the other side, when the collision happened. The driver was going 10 miles an hour.

“I hit the bonnet and went underneath. A woman who witnessed what happened shouted ‘stop you have a woman under your car’.” 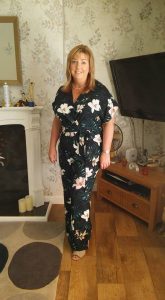 The car was lifted off Mrs Phillips by the fire service. It transpired that she had sustained a traumatic brain injury alongside a hematoma in her eye and a slipped disc.

She was put into a medically-induced coma on the roadside by the GNAAS paramedic and doctor team. The procedure meant her condition was stabilised before she reached hospital.

She was then airlifted to the Royal Victoria Infirmary in Newcastle in seven minutes, where she stayed for more than a month.

She said: “I believe the fat around me protected me as the tyre ran over my leg and stomach, and the tyre marks were still there after three weeks.

“I had no idea what had happened and I had a home business so I was wanting to get out of hospital and start working but I didn’t realise I had a brain injury.

“I’m a different person to what I was before, and I have to distinguish between the old Donna and new Donna.” 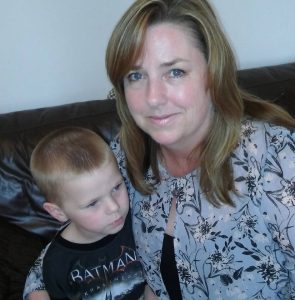 Mrs Phillips said the injury impacted her daily life. Cooking, for instance, has become a task fraught with difficulty.

“I forget if I have put something on, if I get distracted, and usually end up burning it but I don’t know because I have no smell,” she said.

“Then I usually end up crying because I feel as I’m no good at anything because the old Donna used to be able to do that.”

Mrs Phillips recently visited the GNAAS base to thank the team for their help on the day.

She said: “GNAAS are amazing, they need as much fundraising as they can get. Where would we be without them? Who’s to say if I would have survived if they didn’t do what they needed to do.”

Last year GNAAS was called out 1062 times and needed to raise £5.1m. Please consider making a donation to keep us flying. Click here.

Donna had sustained a serious brain injury and was around 35 miles from the nearest Major Trauma Centre. Our paramedic and doctor team were able to put Donna in a medically-induced coma on the roadside, which meant her condition was stabilised before she was airlifted to hospital in just seven minutes.