“We are honoured to have received the Services award and also be a finalist for Company of the Year.”

We are celebrating after winning an award at a ceremony held to recognise the best of North East business.

Our charity was presented with the Services award in the Teesside heat of the North East Business Awards, which was held at Middlesbrough College.

David Stockton, the chief executive officer from GNAAS, dedicated the award to the charity’s staff, volunteers and supporters.

He said: “We are honoured to have received the Services award and also be a finalist for Company of the Year. It was great to speak to some of the fantastic businesses based in the North East and we offer our congratulations to all the winners and finalists. 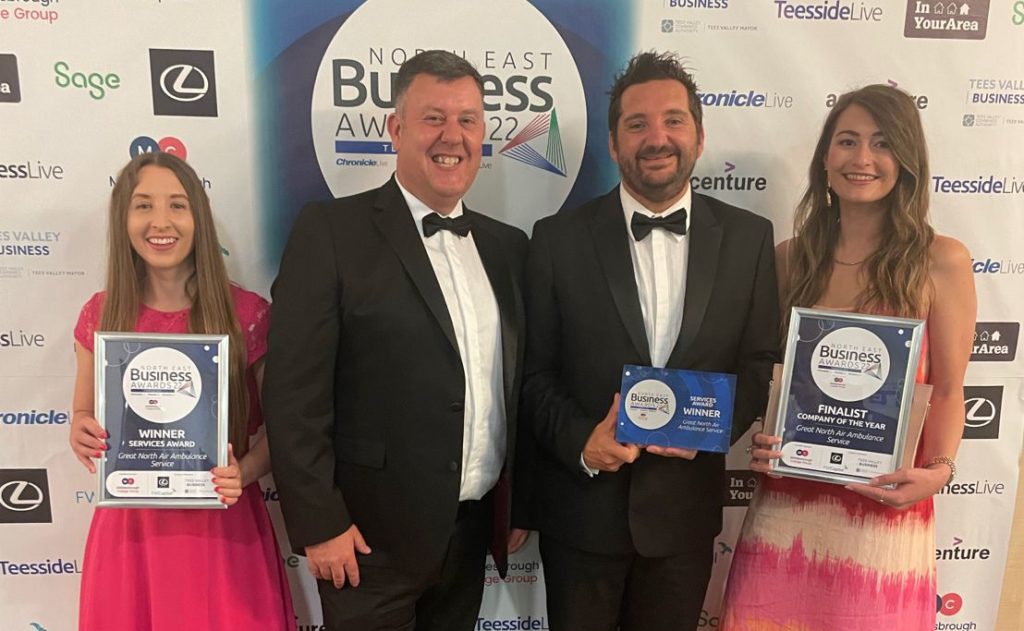 “Everything we’ve achieved has been a big team effort, and I’d like to thank our critical care team on the frontline, as well as our colleagues who work behind the scenes, our selfless volunteers and the wonderful supporters who donate and fundraise to ensure our charity continues to be here for those in need.”

GNAAS will now go on to compete in the grand final at Hardwick Hall later this year, going head-to-head with winners from the Tyneside and Northumberland heat, and Durham, Sunderland and South Tyneside heat. 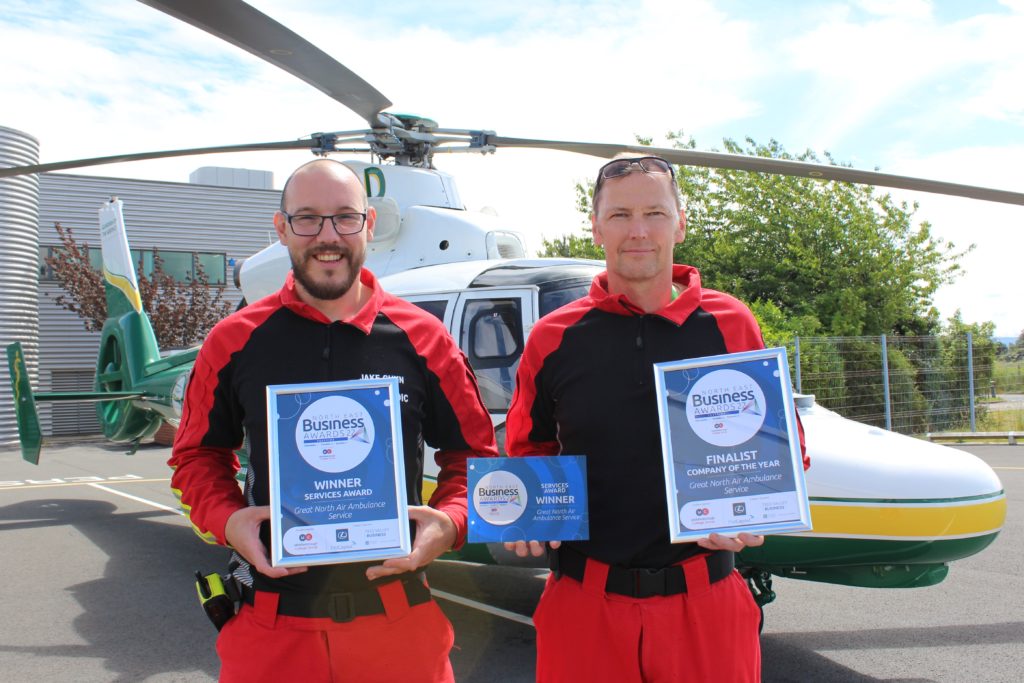 Gordon Ingram, paramedic and head of operations (North East) said: “As the only air ambulance service in the North East, we pride ourselves on delivering world-class pre-hospital care to the most critically ill or injured people in the North. We are 100% funded by charitable donations from the public, so we are honoured to be recognised for the service we provide.

“We responded to 1,620 incidents last year, which was our busiest year on record, and this number is expected to go up, as we work towards providing our service 24/7 across the region.”