GNAAS pilot excited to fly the Pride of Cumbria II

“I’ve not had a new car for 11 years so to get eyes on and actually touch a new helicopter was really really exciting.”

GNAAS pilot Phil Lambert spoke to us about the excitement of the arrival of the Pride of Cumbria II to Langwathby, and what it means for the county.

“The new aircraft is from the same series as the Pride of Cumbria I. It’s a AS365 dauphin helicopter but this is the N3 version. From the outside it looks very similar to the old aircraft but the only difference is it’s going to have Pride of Cumbria II written on the tail and it’s going to have a different registration number and visually it’ll have a slightly longer nose, which accommodates a bigger weather radar.

The main differences are inside the cockpit layout which is much more modern and has touchscreens and ipad style technology. Also the avionics, which is the things that make the aircraft work from an electronic point of view are much more modern. 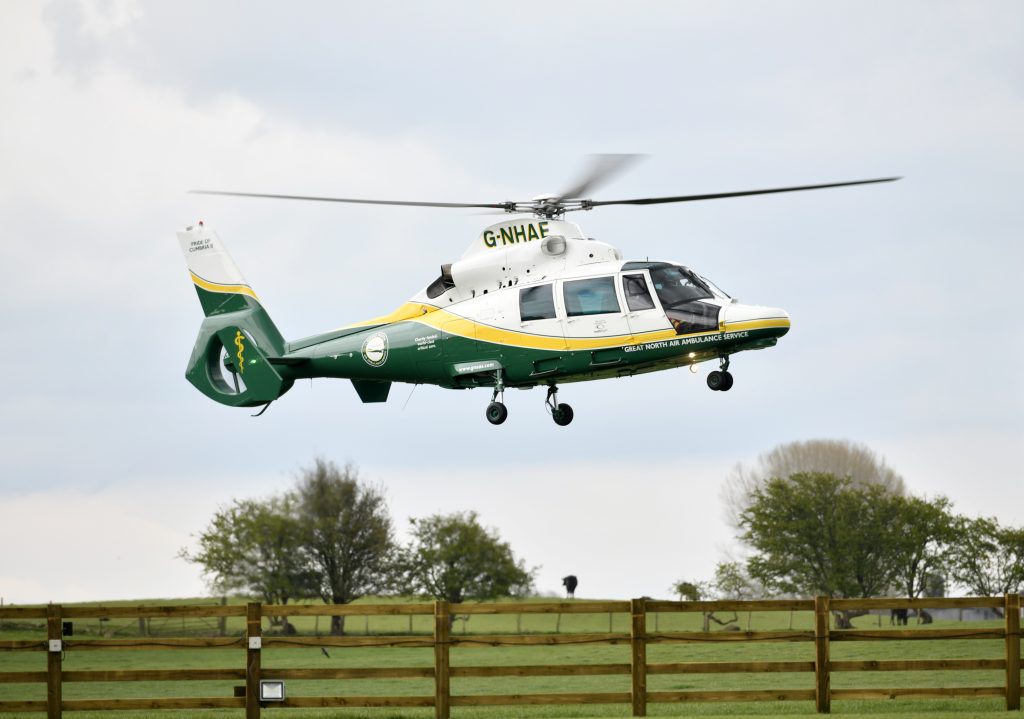 Operationally the biggest difference is the aircraft has about 15% more power on the two engines that it has, which means that allows us to carry a lot more fuel on a day-to-day basis, which in turn means that we then have more endurance which can allow us to go not just to one job, but after perhaps one job and then taking a patient to hospital, we can then go out on a second or perhaps even a third job without even having to refuel in between, meaning that we’re online much longer.

Everything that makes this work is publicly funded just through donations and I think because people are donating to the charity, certainly within Cumbria they feel a degree of ownership of the aircraft like it’s their aircraft, so a big thank you to the people of Cumbria and the people that have donated towards this aircraft because it wouldn’t have happened without you.

From a personal and professional point of view, I can’t wait to start flying the aircraft.

I’m from Kendal so I’m Cumbrian born and bred and to be able to do what I do in a place that I absolutely love is really really exciting and I just can’t wait to start flying the new aircraft and providing the increased service that it’s going to do and help the people that need it in our region the most.

Thank you to everyone that has made this possible.”