“I also had a paper round which as you can imagine was terribly hard and took ages – I blame that for my poor back!”

David brings decades of experience in the commercial sector to the Great North Air Ambulance Service (GNAAS) and we were keen to find out more about the man himself as he settles into his new role within the charity. He said:

“Hi, I’m David and I am delighted to be here at GNAAS.

When I first found out I had got the job as chief executive, I really couldn’t believe it, but it was a nice feeling and I felt very proud and honoured.

Most of my career prior to GNAAS has been in healthcare and retail. I ran my own business for 18 and a half years and previous to that I was operating at board level for a multinational company. 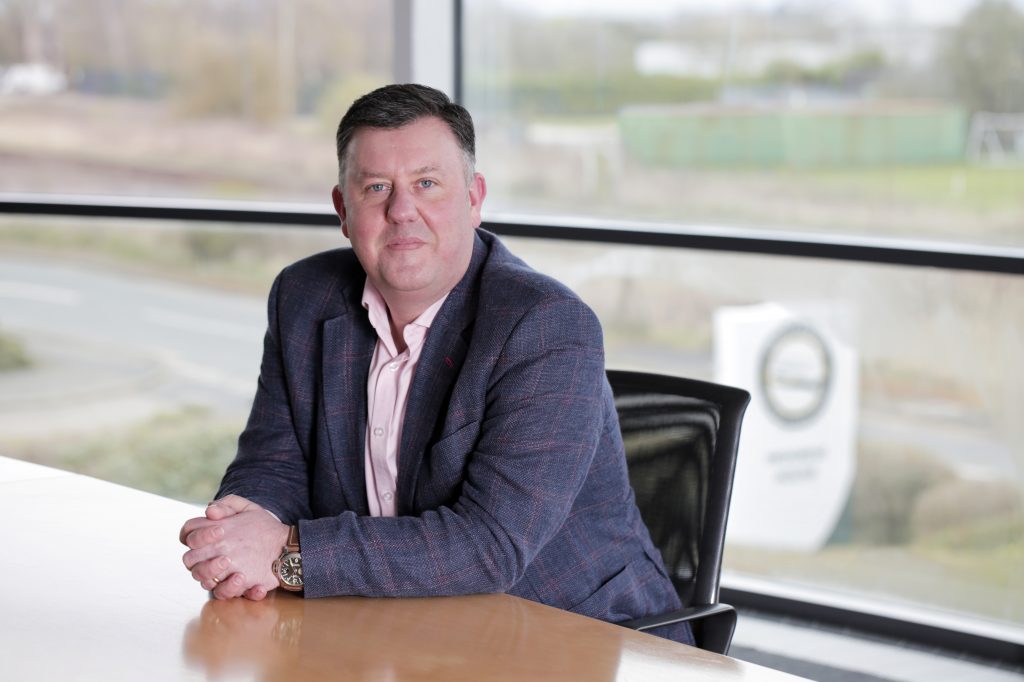 I was born in Gateshead and I have worked since the age of 14. One of my first roles was in a shoe shop – Dolcis in Newcastle, which was part of the British Shoe Corporation and I loved it, and yes I was always competitive – always aiming for the top salesman on a Saturday.

In fact, before then I also had a paper round which as you can imagine was terribly hard and took ages – I blame that for my poor back!

My family is all northern-based and my mum still lives near Chester-Le-Street. All my history is pretty much northern and although I have worked in various places, my family has always been based at ‘home’ in the North East. 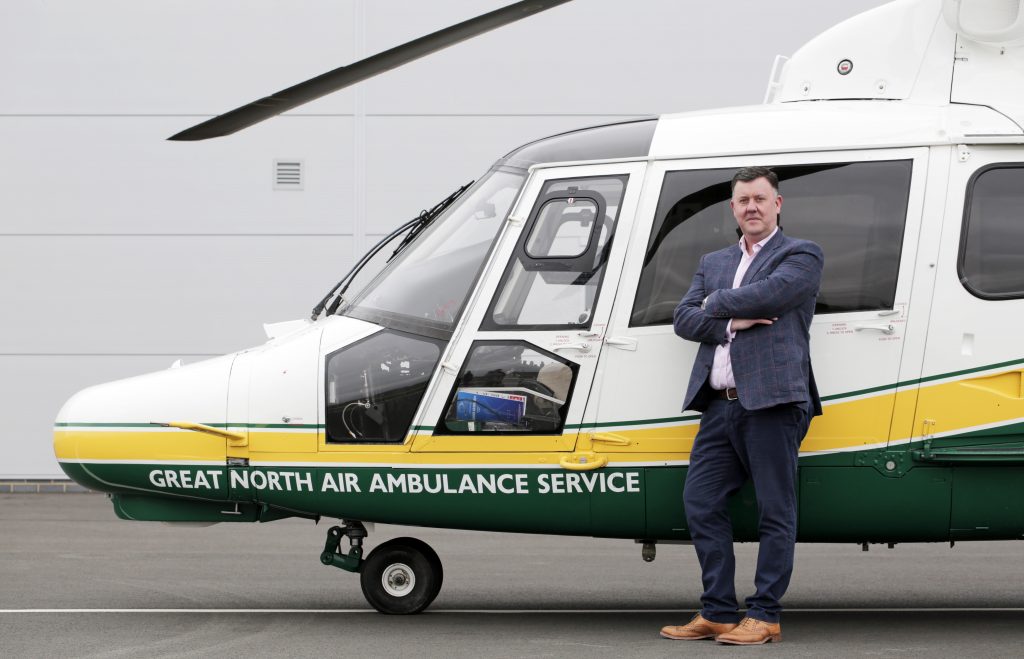 I’ve worked in Guernsey, Ireland and all over the UK but I always come back to the North East, I love it here.

I have three children and my spare time is mostly spent with them and my wife. Obviously, when you have kids you sacrifice your hobbies for a while to take an interest in what they’re doing but in my own time, you would find me in a boat, a rally car, or watching motorsport or any sport really. 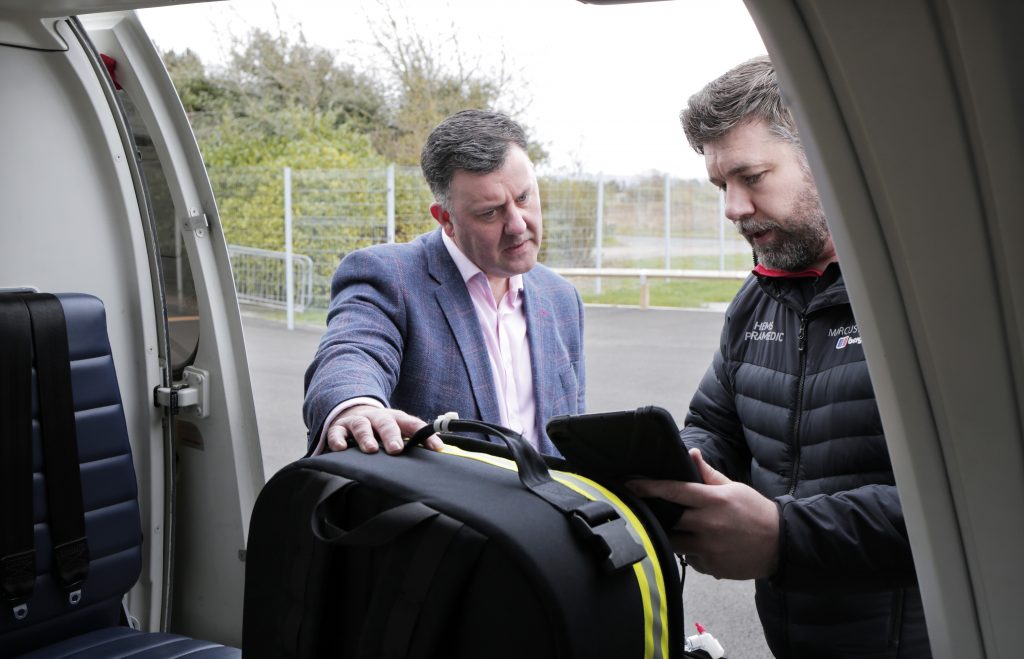 The interview for GNAAS was about five months long – yes FIVE MONTHS!

A series of interviews with different stakeholders, and it really was gruelling but it was so worth it.

So far, the people here are just so amazing, friendly, and passionate and they all love what they do which is so fantastic.

It is great to see everyone so committed to the cause. 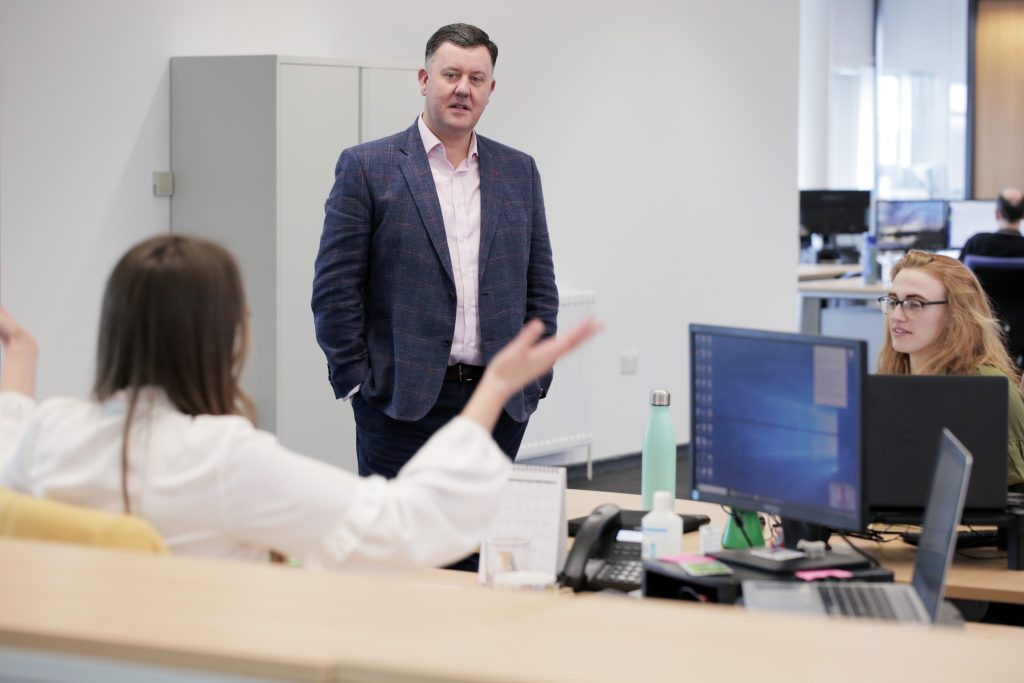 Since I have been here I have learned many fascinating helicopter facts. The cost of maintaining and flying a helicopter is one fact I can’t get over, but one thing I hadn’t realised was although I held the air ambulance in high regard, at GNAAS we’re world-renowned for our training which is phenomenal.

I am so excited about my new role, but I think what I am most looking forward to is being able to expand our service and get to more people who need us.”