A medical device that stops the devastating effects of chemical burns has been used successfully for the first time at the Great North Air Ambulance Service (GNAAS).

The potentially life-saving intervention was introduced on a pilot test basis at the charity in 2020 but up until recently, has never needed to be used on a patient.

The specific agent is called Diphoterine ® solution and has been used primarily in hospital environments.

Its job is to stop acid or alkali chemicals when they come into contact with the body.

Administered in a fluid form which is then irrigated over the patient’s burns, it works by stopping the burning process and can prevent life-changing injuries, especially to the face.

GNAAS doctor, Dan Bearn, was a key player behind the trial. 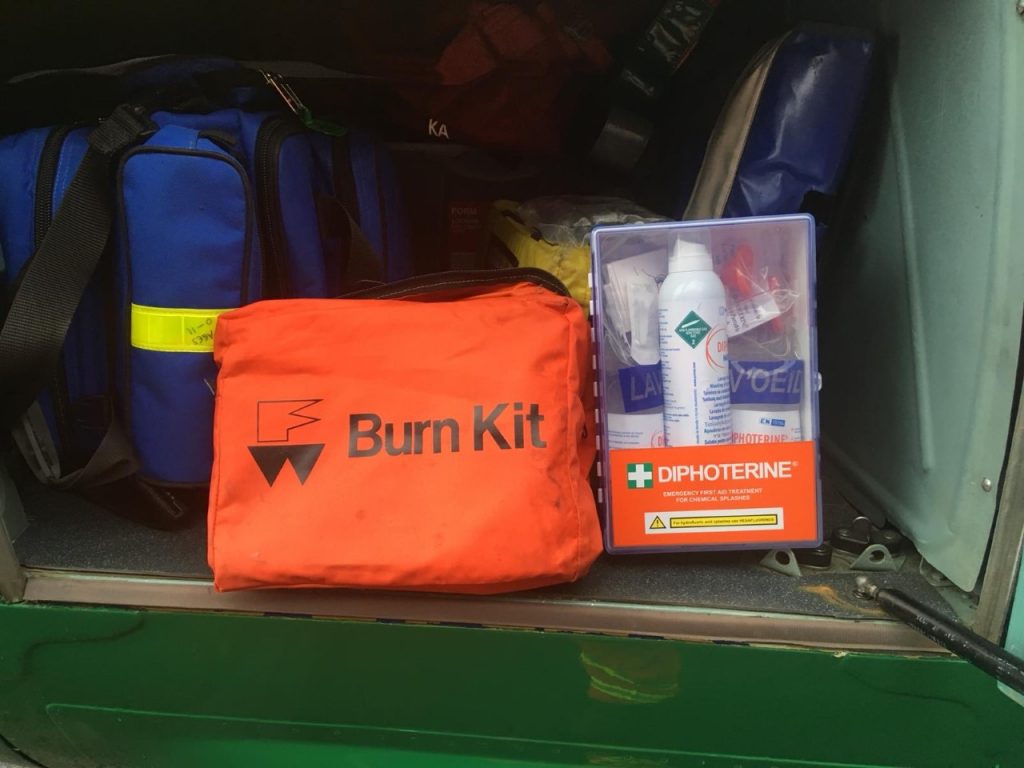 Dan said: “The fact that it has been used and has worked well is very rewarding. At first, I was anxious it wouldn’t get used but now the fact I have seen it make a difference is really positive.

“When the patient got to hospital, the plastics team was impressed at how it had worked.”

An example of a patient who would need this would be someone who had been in an acid attack or someone who works in the chemical industry.

Dan added: “In terms of timing, the patient will be able to feel this solution working on them straight away. It essentially stops the acid and will help make a significant difference in terms of the amount of pain they are feeling.

“This is a sign that the burn has stopped penetrating deeper into the skin.” 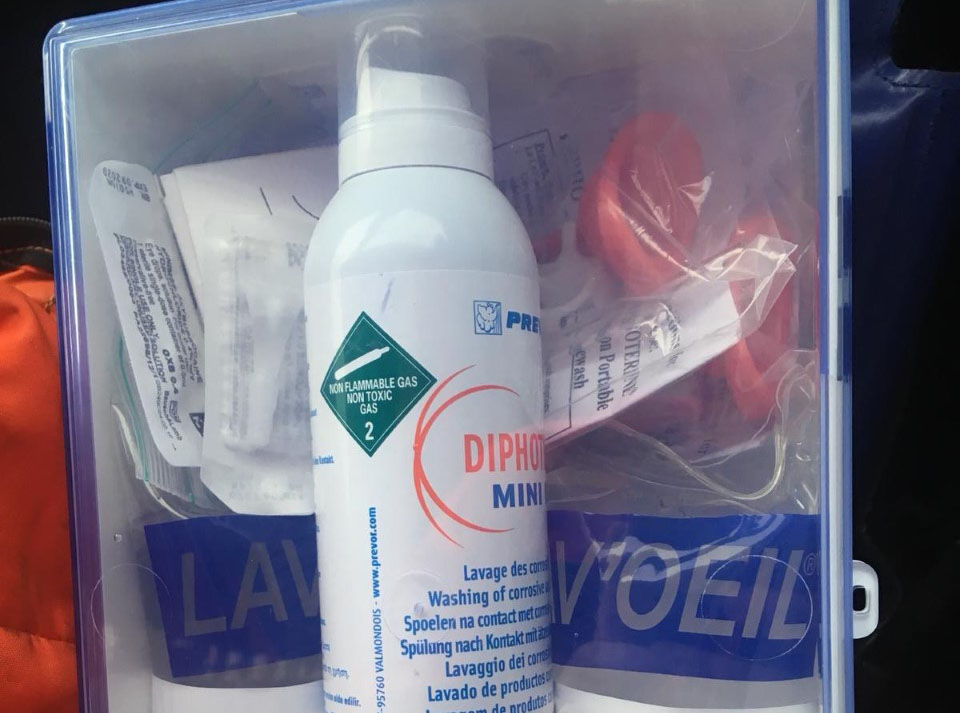 If a patient had suffered burns to the eyes and body, this agent could prevent the person from going blind. With a chemical burn, the damage doesn’t stop, it will just continue to penetrate deeper into the tissue. This agent will help to stop that process.

Although it is rare that the critical care team will go to a patient with this type of burn. Clearly, for those patients that need it, it can be vital.

GNAAS paramedic, Gordon Ingram was part of the critical care team on duty that used the spray on the patient for the first time. 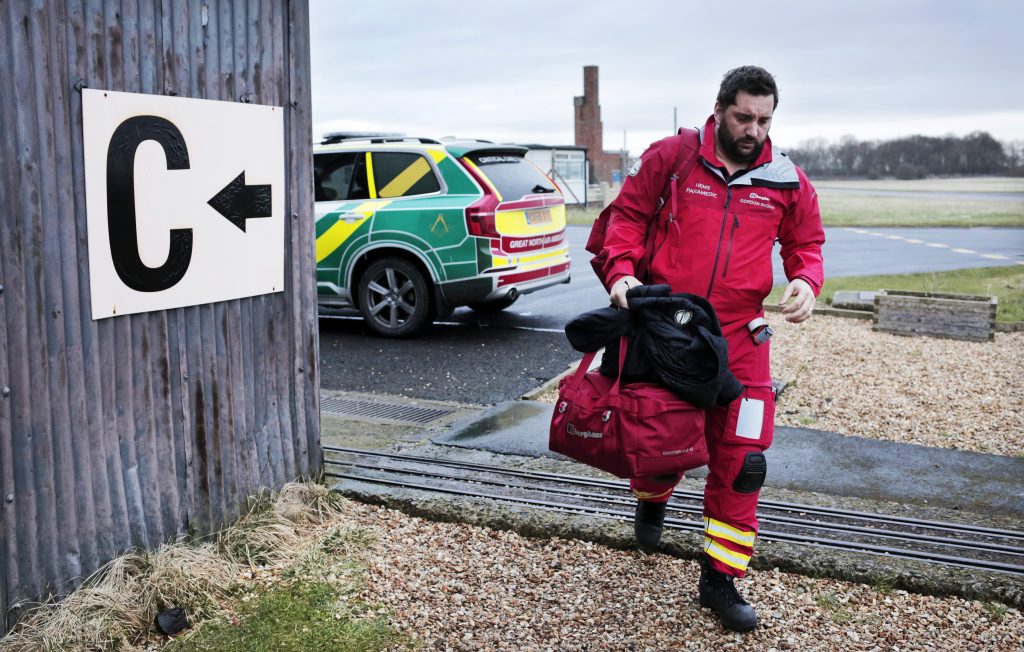 He said: “When we arrived on scene, we were presented with very thick burns and immediately knew to use this spray.

“The spray stopped the chemical reaction which we knew, in turn, would be a lot better for the patient’s recovery.

“When we arrived at hospital, they were very glad that we had used it and when they conducted an acidity test, the results were good. They swabbed the injury and it was proven that the device had worked and had the desired effect.” 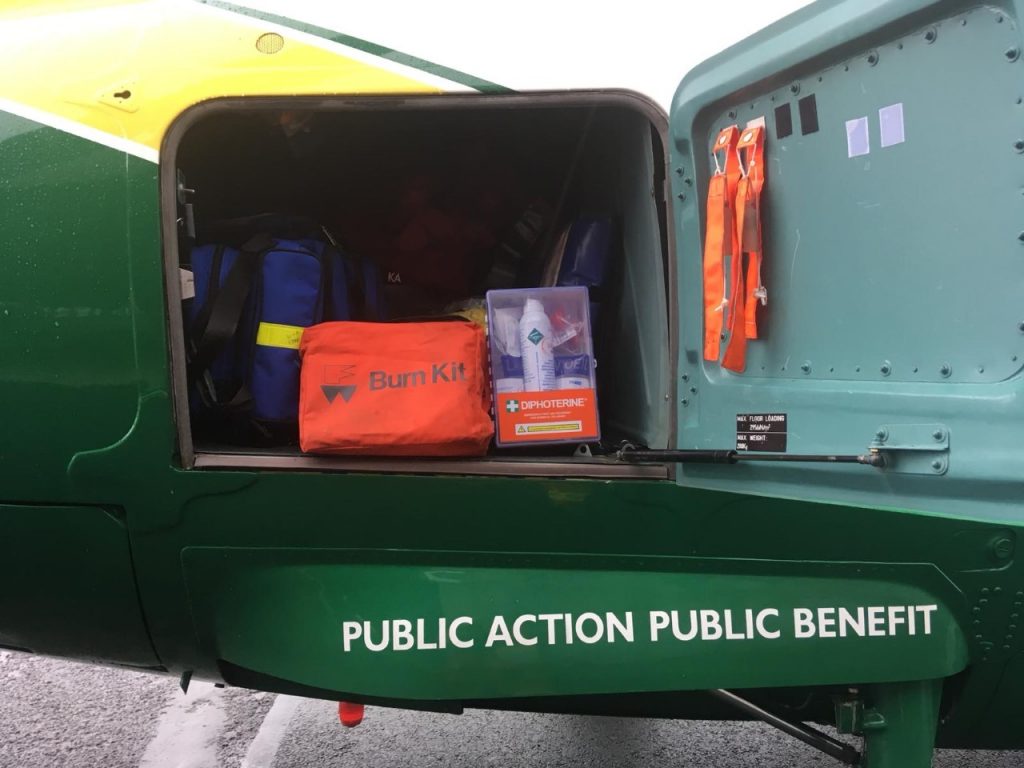 The solution could mean the difference between a patient being blind and not blind. Loss of sight is the number one thing that can have a detrimental effect on the quality of someone’s life.

This is a relatively new agent and is in semi-response to the increase in assaults with chemicals and our work on the overnight cars in urban environments. There is now a greater chance of getting called to these types of incidents. GNAAS also works in a region that is home to a huge chemical industry. 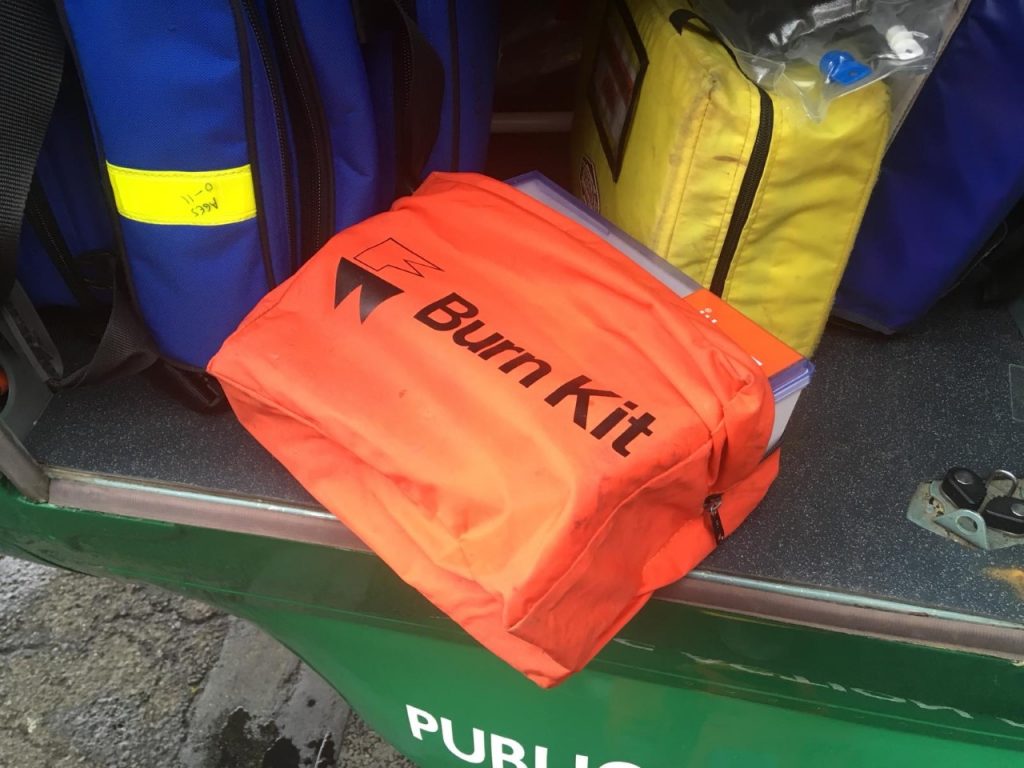 Michael Poole is the Managing Director of DIHEX Limited who supplied GNAAS with the 12-month pilot test supply of the solution.

He said: “Whilst it is always a concern to learn that Diphoterine® Solution has been used, we are extremely pleased to hear that the results met the expectations of the emergency response team and of course, the needs of the casualty.

“If this has also reduced the need for surgery or hospital care, then there has been a huge additional benefit to the NHS.”