A mum from Morpeth, Northumberland, has spoken of her terror following the moment her four-year-old son, Daniel, fell backwards from a tractor while helping on their family farm.

On 21 March 2020, Daniel Aynsley had been helping his mum and dad prepare for lambing on their farm at Wallington, near Morpeth.

Daniel’s mum, Liz said: “My husband Michael, Daniel and I, were all on our farm getting pens ready and so on for the lambs. Daniel absolutely loves being on the farm. Our daughter, Charlotte, was with her granny while we worked so it was real quality time with Daniel.

“I left the farm to bath our dog and about 30 minutes later, Michael came to the door with Daniel in his arms screaming.”

The four-year-old had been standing on the steps of the family’s new tractor when he fell backwards, hitting the concrete below.

Liz said: “Michael heard the crack and said he thought Daniel could have fallen about a metre. I took him in the lounge and into my arms and his head started rolling back and that’s when I started to get frightened then suddenly, Daniel lost all consciousness.”

As Michael went off to ring 999 and alert the village doctor, Liz recalls doing everything within her power to try and wake her son up. She said: “I was shouting, screaming and singing to him. I was doing anything I could do to try and get him to respond.” 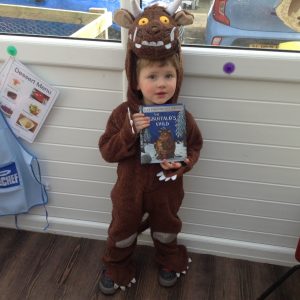 Liz said: “I was really panicking but trying hard not to show it. I just took a step back and thought let the guys do their job and help them, but I just felt so helpless.

“I remember them wrapping him up like a cocoon. Then they told me to get some of his favourite teddies to comfort him and put them around him. I just kept thinking please hurry.”

GNAAS landed on the farm and it was quickly established that Daniel needed to get to a trauma centre as soon as possible. 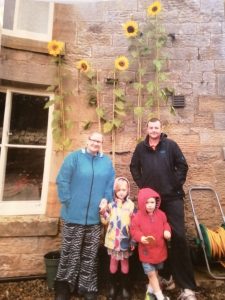 Daniels’ mum said: “The GNAAS team really made me feel at ease. Their presence was just amazing when they arrived, so relaxed and the pilot took my phone number and said he would call me as soon as they had landed, and Daniel was seen to.”

Liz said: “I walked Daniel to the helicopter, and he woke up and then was sick. I thought this was him feeling better, but I didn’t realise the sickness was a result of his head injury. This meant I couldn’t go with Daniel as both the doctor and paramedic needed to be by his side in flight.”

Daniel was taken to the Royal Victoria Infirmary in Newcastle – he suffered a fractured skull and a bleed on the brain. After spending six days in hospital, Daniel was allowed home where he has since made a full recovery. 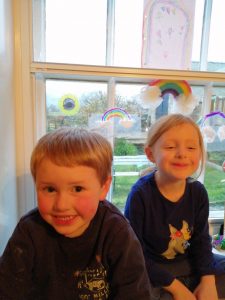 Liz said: “He had a little morphine in hospital and Calpol after but he’s back to himself on the farm. I am not letting ride his bike or do anything strenuous just yet, though.

“The charity is just brilliant. For people like us who live rurally, it is just even more crucial. I can’t put into words how thankful we are.”