FOUR YEARS after being airlifted following a head-on collision, a couple have praised the life-saving service of their local air ambulance.

Terry and Margaret Haram, both 71, from South Shields, had just left Center Parcs and were travelling on the A66 near Temple Sowerby when they collided with a van on 24 October 2016.

Margaret said: “A van on the other side of the road was overtaking. I saw the van lift up and then it was on top of us. I don’t know how long it was before I jumped out of the car and I shouted for people to help us.” 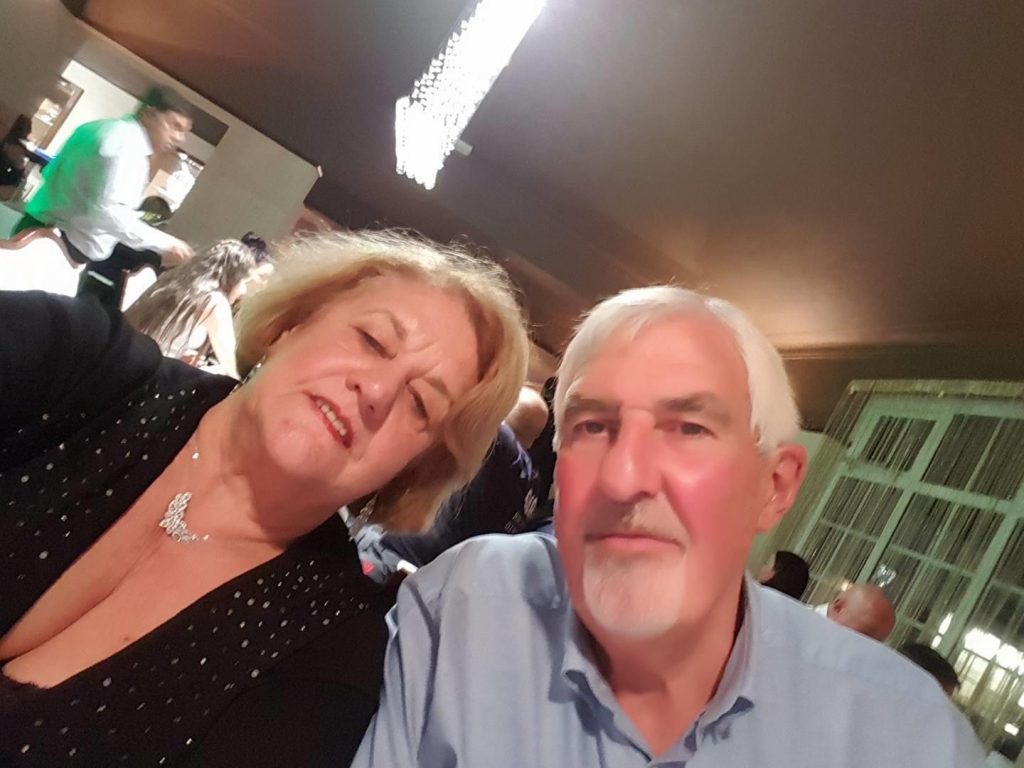 Margaret said: “I was first in the land ambulance not really knowing what was happening and I didn’t know that the air ambulance was coming. The next thing I knew GNAAS had taken over and I was given pain relief and then I remember Dr Theo Weston treating Terry.”

While the team were trying to get Terry out of the car, Margaret was airlifted to James Cook University Hospital in Middlesbrough for further treatment.

She said: “I had major lacerations to my leg and tummy because the seatbelt had cut in. I was in pain in my chest, but I didn’t know what was wrong at the time. I ended up with fractured ribs and a fractured sternum.” 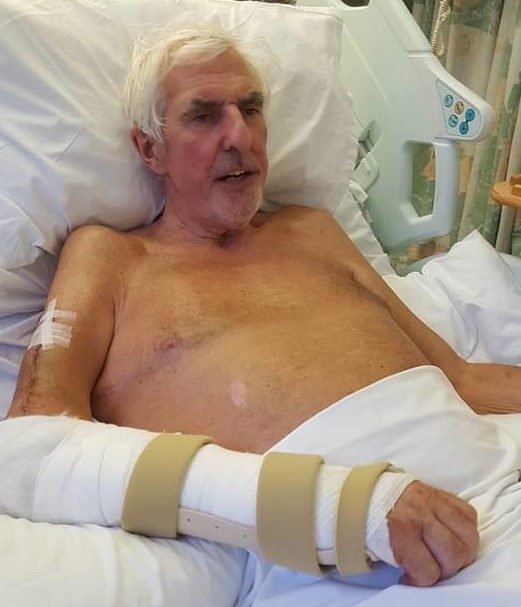 Margaret was discharged from hospital after two days and her injuries healed within six weeks.

However Terry sustained serious nerve damage, two breaks in his femur, his tibia was smashed, one of his feet had an open fracture, he fractured several ribs, and his elbow had been sheared off so he lost his funny bone.

At the time, Margaret was told by hospital staff that they didn’t expect her husband to pull through.

In the end, Terry spent a total of 100 days in hospital both at James Cook and the Royal Victoria Infirmary (RVI) in Newcastle. 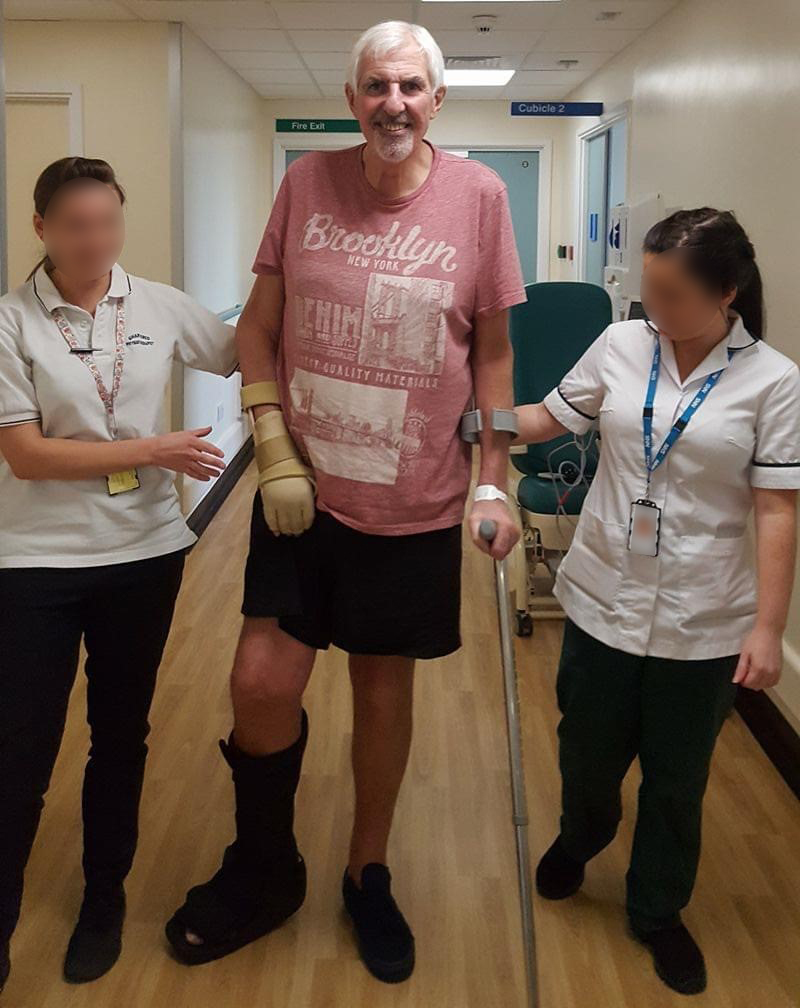 The crash left Terry with life-changing injuries. He has limited use of his right hand and arm and now walks with a stick.

“We now live for our family, especially our four grandchildren,” said Margaret.

The couple have since written to the GNAAS team to thank them for their role in Terry’s survival.

Margaret added: “He wouldn’t be here without GNAAS, they are a fantastic service.” 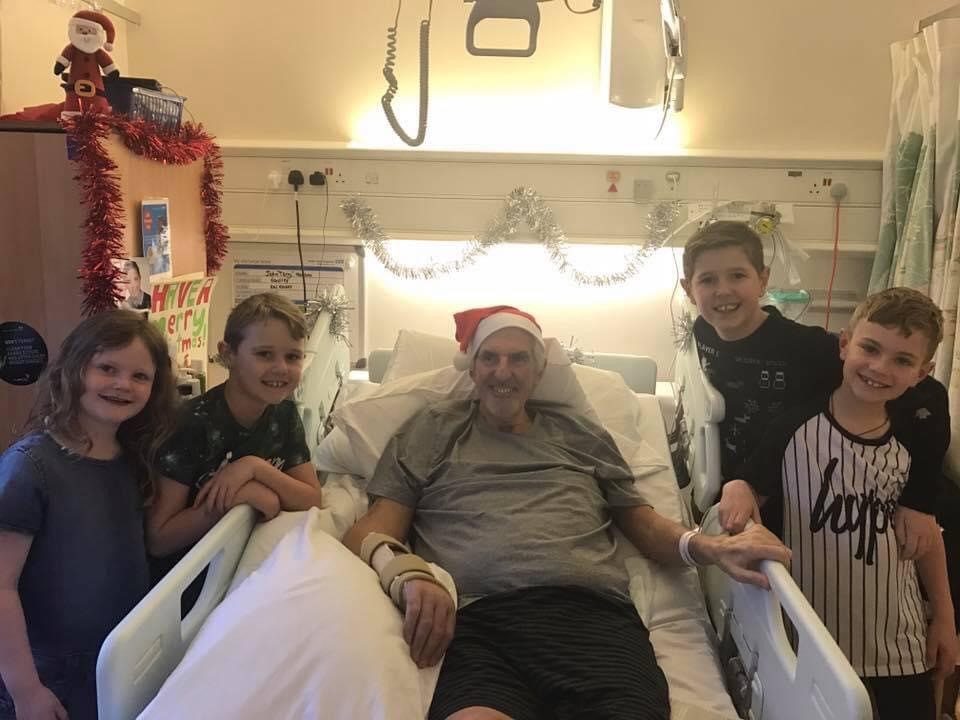