Bike crash victim hails GNAAS as “angels of the sky”

A HOSPITAL porter who was involved in a serious motorbike crash has thanked the medics from his local air ambulance who came to his rescue.

Andrew Newson, 52, from Ashington, Northumberland was riding his motorbike alongside his son Stephen in the Lake District when his bike slid and he crashed into a wall near Troutbeck, Windermere.

He said: “We were going over Kirkstone Pass and my son decided that he was going a little bit too fast so we missed a turn off and went further down and turned off at a different one.

“I was only doing about 20 miles an hour at the time. There was a bit of gravel. I remember hitting it and I think I panicked a little bit and touched the brakes a little bit too much and it twisted and pulled the bike round and chucked me into a dry-stone wall. I flew into the wall.” 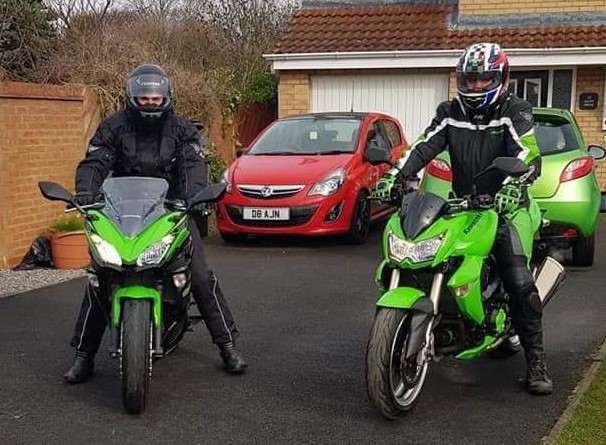 The critical care team from the Great North Air Ambulance Service (GNAAS) had just flown another patient to hospital when the call came in, and quickly refuelled before flying to the scene.

The paramedic and doctor team assessed Mr Newson’s injuries and administered strong pain relief before airlifting him to the Royal Victoria Infirmary (RVI) in Newcastle.

Andrew had sustained a punctured lung, six broken ribs and a shattered scapula.

He spent six days in the high dependency unit before moving to a ward for a few days.

Six months after the incident, which occurred on 19 April 2019, he managed to return to his job as a porter at Wansbeck General Hospital.

He also decided to take part in the Boxing Day dip at Newbiggin-by-the-Sea with his wife Kirstie and managed to raise £660 for GNAAS as a way of saying thank you for their help. 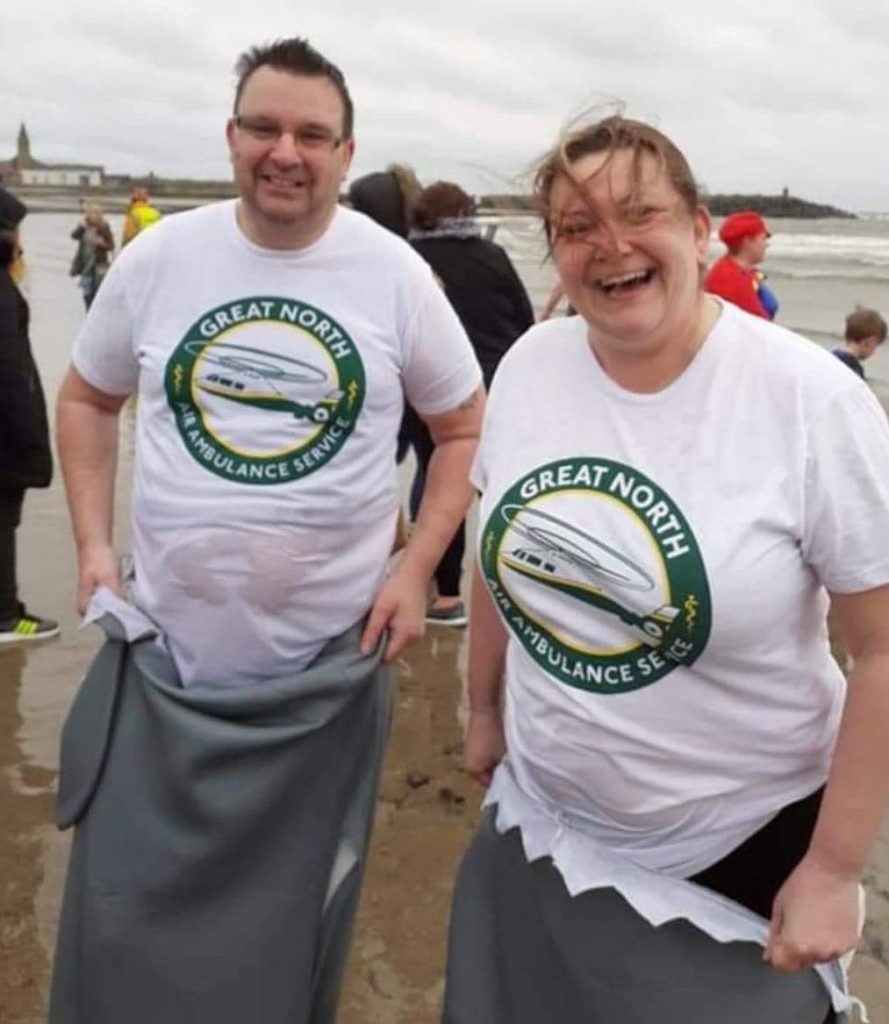 A cheque was presented to Dr Phil Godfrey who treated Andrew, at the GNAAS base at Teesside International Airport.

Speaking while at the base Andrew said: “I can’t thank the air ambulance enough.

“They’re brilliant. Angels of the sky.”