Just moments after taking a selfie at the top of one of the Lake District’s steepest mountains, Stephen Dunlop collapsed. 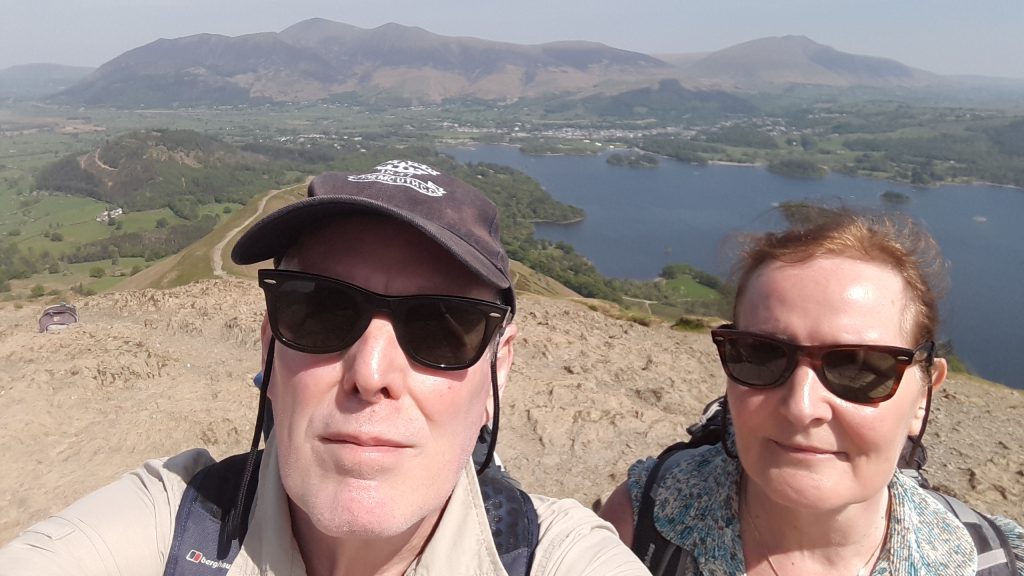 The 65-year-old from North Shields had been enjoying the walk up Catbells, near Keswick, on 14 May 2019 with his wife Marion when he began to feel sharp stabbing pains in his chest.

He said: “I got to the top of the fells with my wife and I was taking photos when I started to feel unwell. It started with the pains, but I just passed it off as indigestion.

“We walk frequently around the Lakes, so this was really out of the ordinary. I thought I best get down so I stood up to leave and started to feel wobbly and thought there’s no way I can make it.”

A call for help

It wasn’t long until Marion decided to phone for help but with no phone reception, she began to panic.

Luckily enough, on the day in question, the sun was shining, and the couple were joined on the fells by other walkers who rushed to Stephen’s side.

Marion said: “I screamed ‘my husband is having chest pains does anyone have any signal’ and a man who was with his family shouted ‘I do’ and rang for help.

“It wasn’t long until mountain rescue arrived, and they set off the flare to let the Great North Air Ambulance Service (GNAAS) know where we were.

“They were here so quickly and landed not far from where Stephen had collapsed.”

As the seconds turned into minutes, Stephen could feel himself deteriorating fast. He said: “I started to be sick and then everything was a blur.

“When GNAAS arrived, I was in a bad way and I was panicking but they managed to make me feel at ease straight away.

“I just remember them saying to me ‘it will only be 10 minutes’ which really reassured me and then before I knew it, I was at the Cumberland Infirmary in Carlisle.”

Stephen, who is a huge fan of Emergency Helicopter Medics recognized the team that came to his rescue. He told them: “I didn’t think I would ever be using you.”

Stephen found out in hospital that he had had a heart attack and underwent surgery to unblock his artery. Following this, he then caught pneumonia and had to return to hospital.

He said: “I am still not 100% but I am getting there. They told me at hospital I am a very lucky man and that’s exactly how I feel.”

Since his heart attack, Stephen has gone on to raise £750 for GNAAS. He said: “GNAAS is a brilliant charity and without them I would not be here.”

Stephen is hoping to return to his walking trips and said he is going to Keswick in the near future to pick up where he left off.