Young girl thanks GNAAS for help after freak farm accident

A young girl was left with severe facial injuries in a freak farm accident.

Alannah Maher, from Wallsend, Tyne & Wear, was struck in the face by a heavy-duty chain while visiting her great uncle’s farm at Brough, Cumbria.

The seven-year-old was sat inside a tractor with her sister Aoife while her grandad towed parts of a chopped up tree. But the chain pulling the wood snapped and whiplashed into the cabin, hitting Alannah in the face.

The incident happened on September 8 last year. Within minutes of the 999 call, Great North Air Ambulance Service’s (GNAAS) paramedic and doctor team were on their way to the scene where they worked alongside the North West Ambulance Service (NWAS).

After providing pain relief and treatment for Alannah’s facial injuries, she was airlifted to the Royal Victoria Infirmary (RVI) in Newcastle.

Alannah’s father Paul Maher said: “There were lacerations to her face, damage in and around her eye and she had a bleed in the front of her head.

“She lost quite a lot of bone in and around the front of her skull, but they took away all the bits that were broken and put a big plate in.” 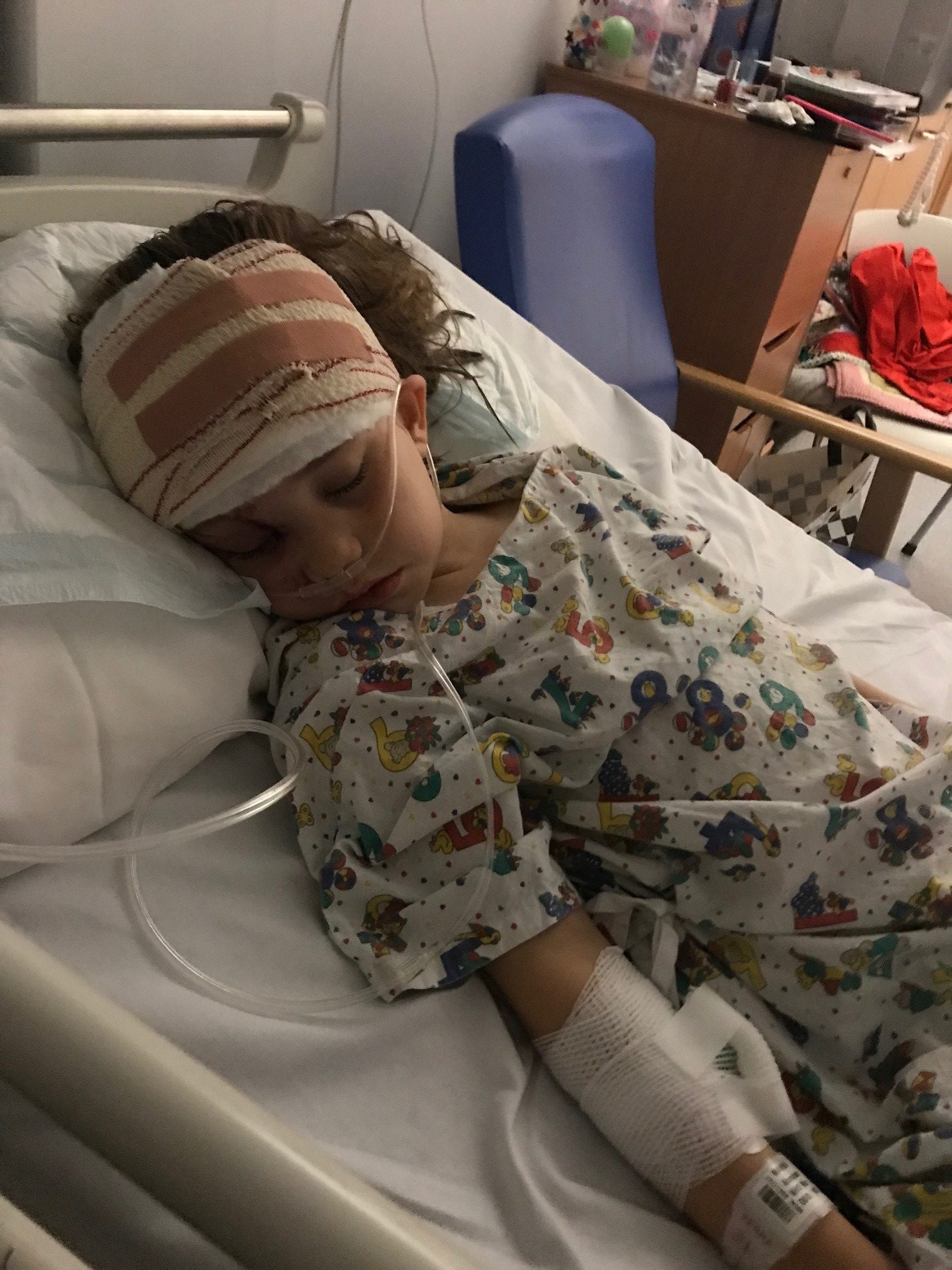 Alannah was in intensive care for a week, before staying in Ward 11 for five weeks, where she spent some of her time building an air ambulance out of Lego.

Mr Maher said: “We’ve got GNAAS to be thankful for and the RVI’s trauma team and intensive care guys and Ward 11, where Alannah spent the longest.”

Alannah has recovered well, with her father even saying that considering what she has been through, she is even louder and livelier than before.

She recently visited the GNAAS base in Langwathby with her family to thank Dr Andy Barrington and Paramedic Andy Dalton for their help.

After meeting the team, Alannah said that she thought the visit was “really good” and that she enjoyed sitting in the helicopter.

Mr Maher added: “We’re very, very thankful for them, it’s a great service. I don’t even like to contemplate to think where we’d be right now without GNAAS.” 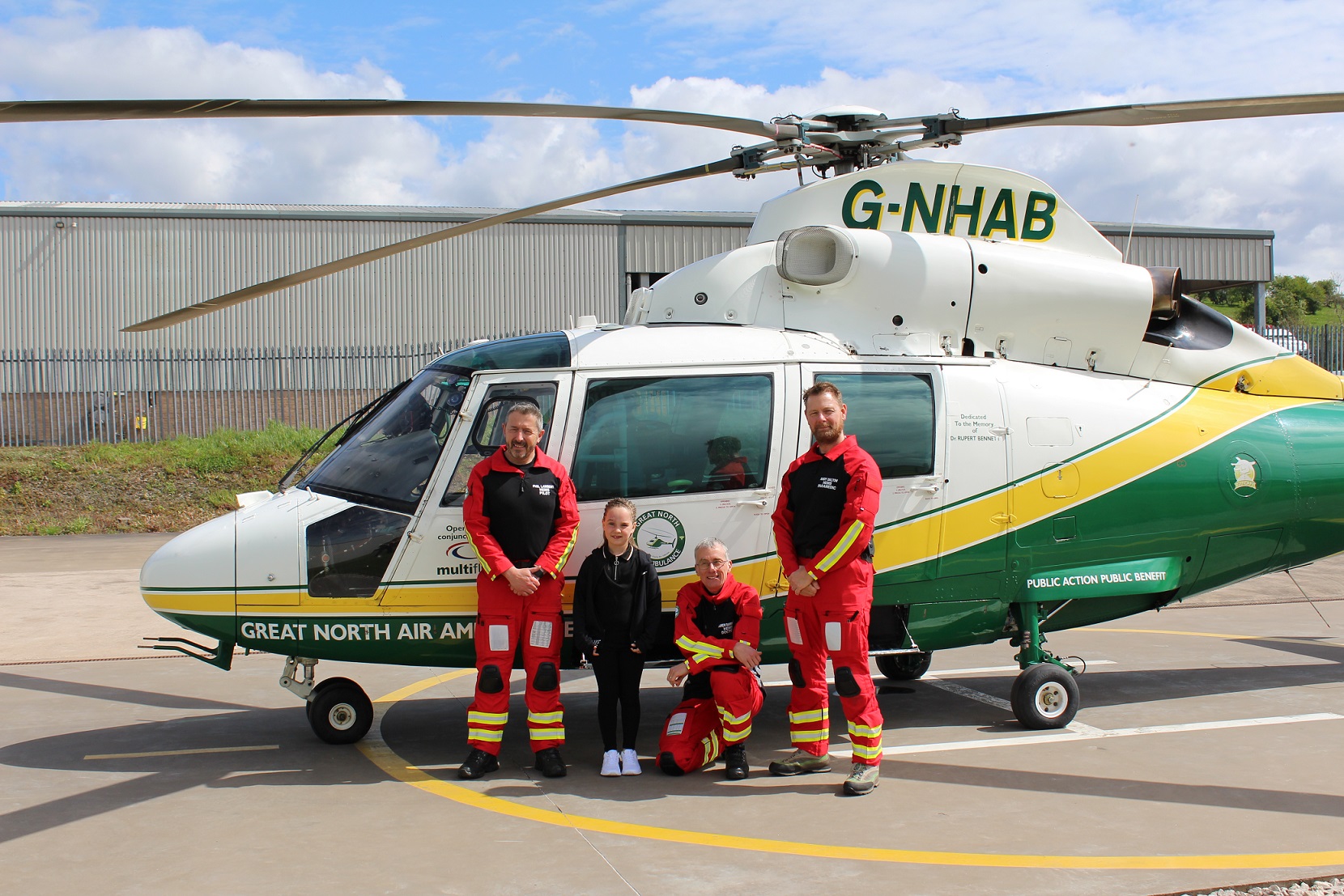 Dr Barrington said: “When you go to a child, there’s more than one person involved in the situation, as you have the child who you are treating but then you have to keep the parent updated about what’s going on and make sure they are also receiving the necessary care and closure.

“When we got there, we saw Alannah had massive lacerations through her face and near her eye, and she had a fracture. They were really horrendous injuries, so we gave her pain relief and made sure she was comfortable, while also explaining to her mum what was happening, before flying Alannah to the RVI as quickly as possible.

“I didn’t know what the outcome would be considering the damage to her face but she looks really well and it was great to see her again.”

Last year GNAAS was called out 1062 times and needed to raise £5.1m to remain operational. Please consider making a donation to keep us flying. Click here.