“I was told that if I had been any taller or if I was in my 30’s then I might not have survived.”

Victoria Beardmore, from Newton Hall, Durham, was only 20 years old when she was involved in a horrific collision with two other vehicles on the A688 bypass near Spennymoor.

Recalling the incident, which happened in September 2003, she said: “I was on my way to work, going from Spennymoor to Bishop Auckland on a road that’s known as the mad mile. There was a car trying to overtake me, but there was already one overtaking, and I thought they were going to crash, then I can’t remember anything after that.”

A Vauxhall Vectra which had pulled out to overtake Victoria’s Saxo had collided with a Porsche Boxster in the offside lane before both vehicles collided with the Saxo causing it to mount the kerb and overturn several times down an embankment before coming to rest in a field. 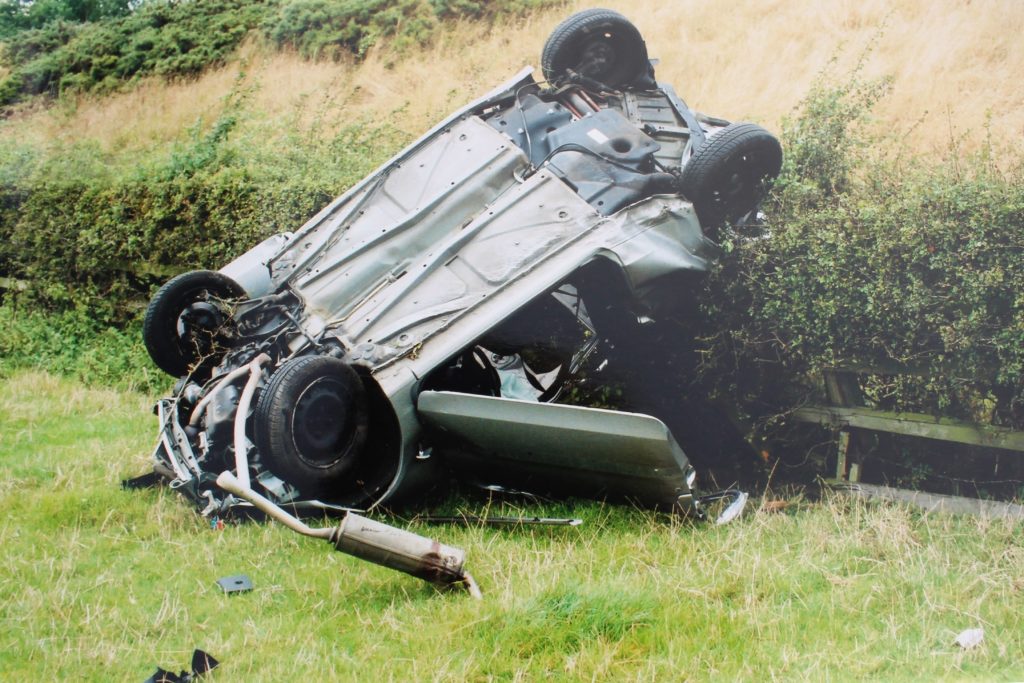 She said: “People were shouting that I needed to get out of the car because there was diesel that had leaked and they thought the car might set on fire, so I was dragged out onto a farmers field. I’d rang my mum and dad to tell them I had been in an accident, and I thought I’d just broken my leg.”

The North East Ambulance Service (NEAS) arrived on scene and put Victoria in the back of the ambulance, before informing her that her injuries were more serious than a broken leg and they’d requested the team from the Great North Air Ambulance Service (GNAAS).

The aircraft from GNAAS landed in the field shortly afterwards, and after treatment on scene, she was airlifted to James Cook University Hospital in Middlesbrough where she underwent surgery and spent more than six weeks recovering. 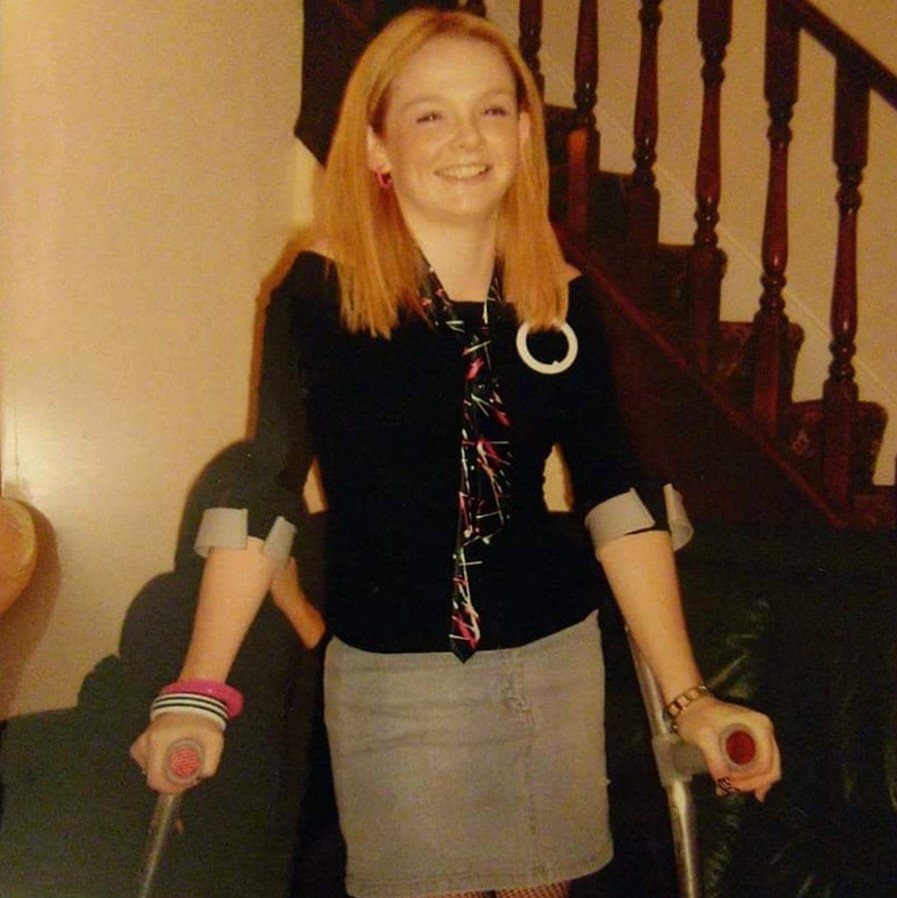 She said: “All of my injuries were on my right side. My right knee was smashed, I lost a kidney, I had lacerations to my spleen and liver, I broke my ankle, had fractured ribs and a punctured lung. Thankfully there were no injuries to my head and I was told that if I had been any taller or if I was in my 30’s then I might not have survived.”

It took approximately a year for Victoria to recover, and during this time she was in a wheelchair before progressing to using a frame and then crutches.

Victoria, who is now 39, was told at the time she might need a knee replacement in five or ten years but 19 years later she still hasn’t required one. 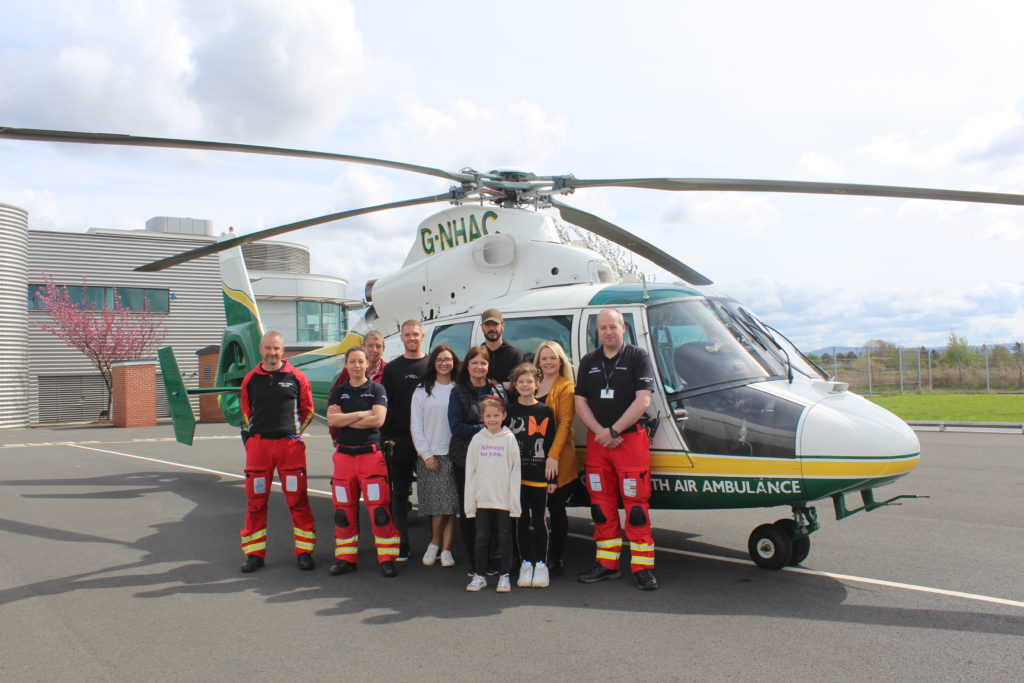 She said: “I walk with a limp and my leg can only do a 90-degree bend which means I can’t ride a bike with my girls, so we have scooter rides with the kids instead.”

At the time of the incident, GNAAS had only been registered as a charity for just over a year, and now last month they celebrated their 20th birthday.

Over the years Victoria’s family have raised thousands of pounds for GNAAS from hosting charity BBQ’s and her brother Michael Bough ran the Great North Run last year and has recently signed up to do the race again. 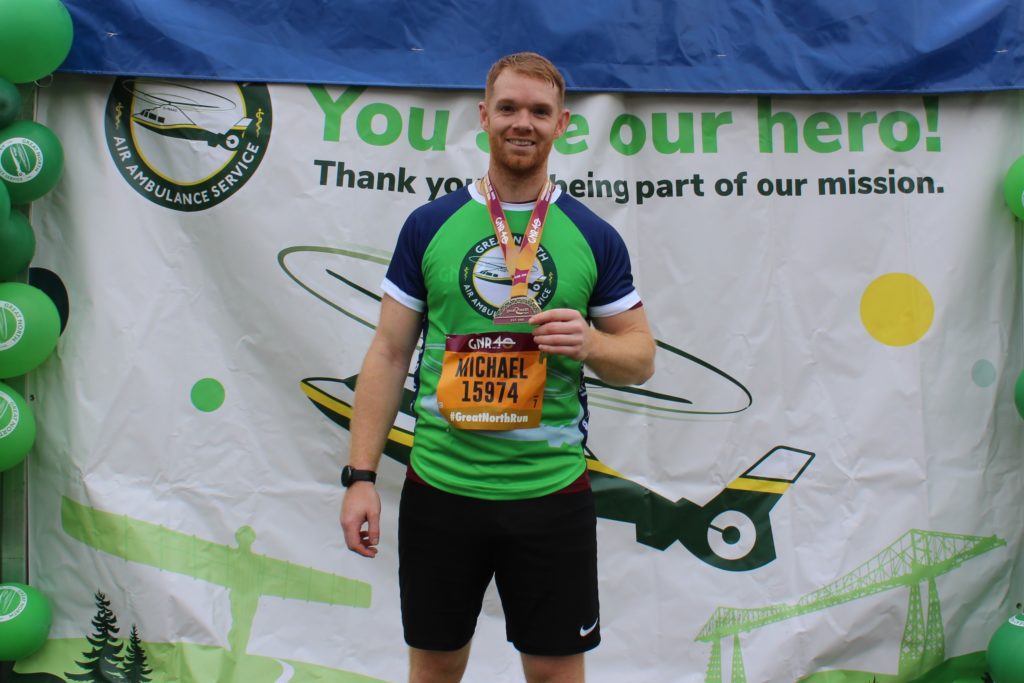 Victoria has never had the opportunity to thank the charity for their help, so she was invited to the charity’s base near Eaglescliffe to learn more about what they do.

She said: “I really enjoyed my visit. GNAAS are amazing and I can’t believe they are charity funded. It was great to have an insight into what they do, and I’ve learnt so much about them during the visit.

“I am forever grateful for everything they did for me that day.”