Why we carry blood on all our missions

Since the introduction of carrying blood on board the Great North Air Ambulance Service (GNAAS), many lives have been saved and the care of patients at the roadside has been taken to a whole new level.

This pioneering scheme was brought into practice back in 2015 by Dr Rachel Hawes OBE, GNAAS doctor, army reservist and consultant in anaesthesia and pre-hospital emergency medicine at the Royal Victoria Infirmary (RVI). Dr Hawes has since received an OBE in recognition of her work with Newcastle Hospitals and GNAAS.

We caught up with her to find out what impact this has had since it came into practice. 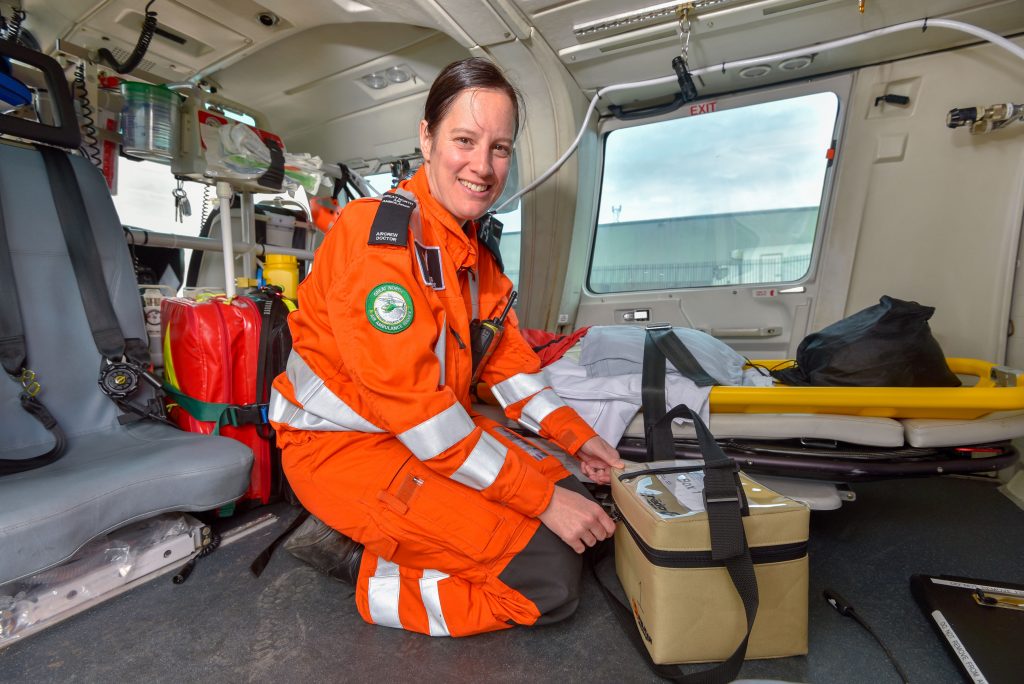 Where did the idea of carrying blood on board and plasma transfusions come from?

I first seen this used during my time in the military in a pre-hospital setting whilst deployed in Afghanistan. I recognized the life-saving benefits of early treatment and realised that this was something that could really benefit the NHS too. By using balanced ratios of red blood cells and plasma, in the ratios of one unit of blood to one unit of plasma, you can improve the outcome of bleeding patients.

Had this been ever done before on an air ambulance you introduced it?

Red blood cells transfusions had been used on three other air ambulances when the Great North Air Ambulance Service started using it, but we were the first to carry thawed plasma on board.

What’s the difference between blood and plasma transfusions?

Both red blood cells transfusions and plasma are vitally important. Red blood cells carry oxygen round the body and plasma constrains the clotting factors, which are proteins that make a blood clot and can stop bleeding. Together they equate more or less to whole blood. The idea is that if a patient is bleeding and they are losing whole blood, this needs to be replaced with whole blood. 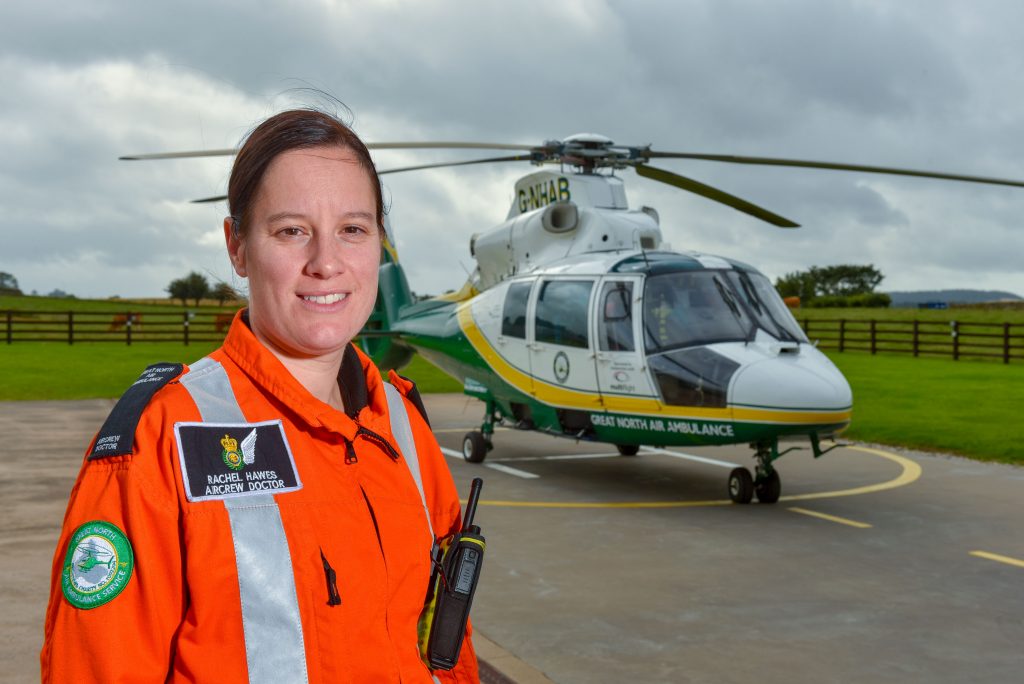 What does carrying blood on board mean for patients?

We’ve now used this on over 300 patients and seen a huge improvement in outcomes with many patients surviving life threatening injuries who maybe wouldn’t have without this treatment. The patients are also much more likely to have normal blood clotting when they arrive at hospital which helps to stop the bleeding earlier.

Has this taken care on board to another level?

These new services which we started administering in 2015 have really meant that rather than patients waiting to arrive in hospital to get the urgent care that they need, it starts on the roadside. This level of care then continues until they arrive at hospital and many of the patients who would have otherwise died at the roadside, are now surviving the journey to hospital and going on to live their lives.

What type of blood is it that is administered and why?

We carry O Negative blood as it’s considered as the ‘universal donor’ and can be given to a patient in an emergency before we know their blood group. We carry A positive or AB positive plasma as this is similarly considered the safest to give in an emergency.

How did it feel for you getting an OBE?

It was such a shock but a total honour to be recognised for the work that we have done, which of course wouldn’t have been possible without the whole team. It’s been so satisfying to have an idea that may help save lives get established into NHS practice, especially in a financially constrained environment and then to see it being used on patients and improve outcomes is just so rewarding- for me and the whole team.