Man in motorbike crash ‘bouncing through his recovery’

A man who had just been gifted a new motorbike was nearly home when he was involved in a horrific crash in Wallsend.

Gareth Amer, who is a valet manager at a garage, was celebrating seven years at his workplace, and had been given a motorbike by his boss to show their appreciation for his hard work and dedication.

The 38-year-old father-of-three hadn’t driven a motorbike for a while so asked his daughter’s boyfriend to follow behind him on his own motorbike as he made the journey home on 8 August.

His wife Lindsey Amer, 41, said: “He can remember riding his bike home onto the estate, and there’s double speed bumps. Gareth passed over the first set of speed bumps but he looked over his shoulder and misjudged the second set of speed bumps which sent his bike out of control. He managed to gain control of it on the opposite side of the road but then he struck the pelican crossing which flipped his motorbike.”

Gareth had five skull fractures, a bleed on his brain, a broken collarbone, a broken shoulder blade, a shattered shoulder socket and three broken ribs.

He also had a punctured lung, broke bones in his neck and back, severed a main artery in his bowel, had a laceration to his liver and his kidney, broke his wrists and almost lost his finger. 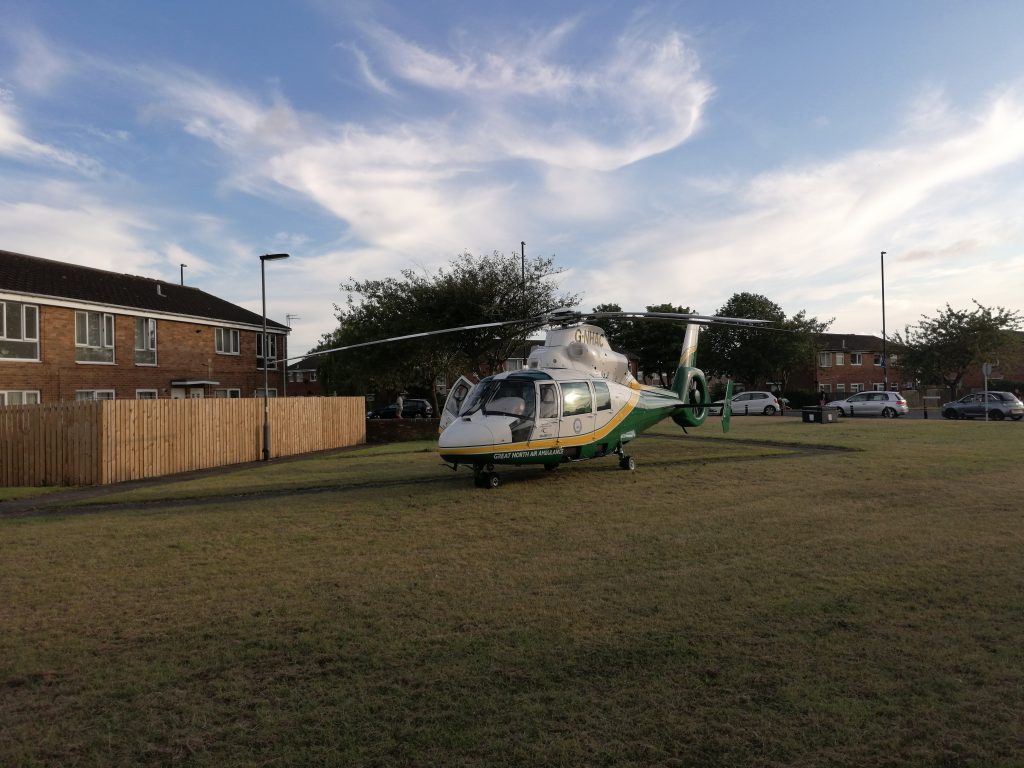 Lindsey said: “I remember lying beside Gareth and hearing the helicopter above and I just remember saying ‘you’re going to make it’. I know once the team in the helicopter are on scene they’re able to bring the hospital to the patient so I knew he had every chance of surviving.

“Because of their expertise they were able to save his life.”

Gareth was taken to the Royal Victoria Infirmary (RVI) in Newcastle by a NEAS road crew, accompanied by the GNAAS clinical team.

He spent a total of 13 days in the RVI and is now making great strides in his recovery. 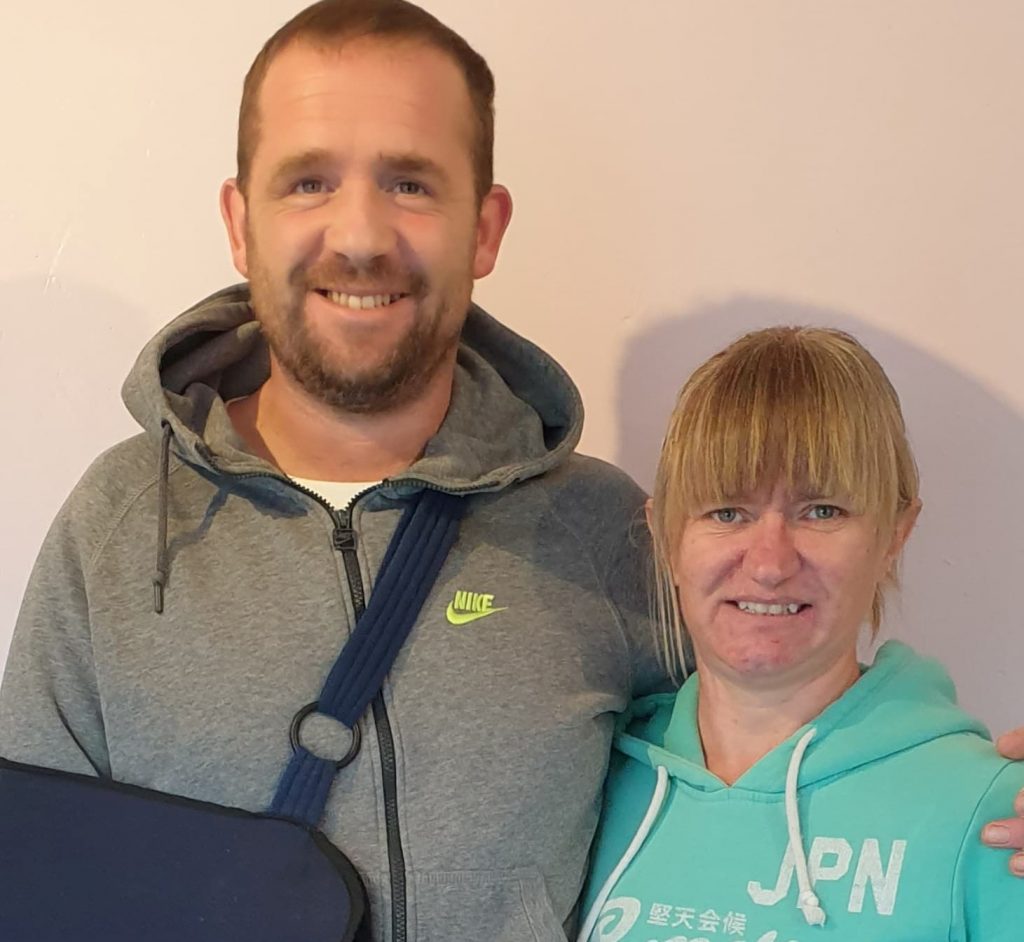 Lindsey said: “Seeing Gareth improve is fantastic. He seems to be bouncing through his recovery and that’s definitely because GNAAS came to the scene.

“He’s got months of appointments ahead of him, but no more operations. His broken bones haven’t displaced so they should fuse back together again, and he has to have physiotherapy and a phased return to work.”

The family have initially raised £110 for GNAAS but intend on doing more fundraising in the future.

Lindsey said: “I’d like to do more fundraising, not just because they helped Gareth, but it’s all publicly funded so they need all the help they can get. GNAAS are an amazing organisation and we really appreciate the work the team do.”