Morrison ‘Mosh’ Spence successfully returned to the peak of Roseberry Topping in the same year he was airlifted from the landmark while suffering from a heart attack.

The 49-year-old from Middlesbrough was on a charity walk with his friends and family at the famous North York Moors hill when he started to feel unwell halfway up.

Having often been described as the ‘fit and active one’ in the family, he was determined to reach the top.

Mosh Spence managed to achieve this goal with the rest of his friends and family, but soon afterwards, he collapsed.

He said: “I didn’t feel too good, but I managed to get to the top, and that’s all that mattered at the time.”

Thankfully his cousin Simon Mayes, who was with him, had taken a first aid course just the previous day and recognised he was experiencing symptoms of a heart attack. 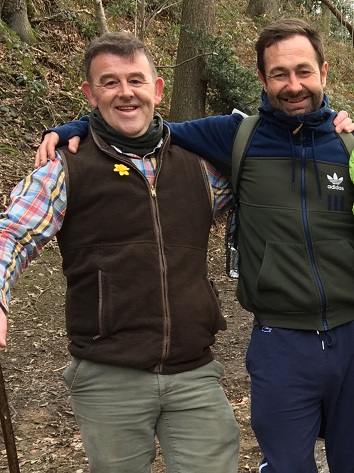 Mosh’s partner Nikki Willis said: “The weather opened up and the rain started coming in, so Simon said ‘we’ve got to get you down’, and him and his cousin took him down to the shooting box and called 999.

“A guy from a mountain rescue team, who was off duty and not from this area, was with his children and saw what was happening. He asked some questions and knew the symptoms Mosh was having so he called 999 again and told them he needed a helicopter.”

After treatment on scene, Mr Spence was carried to the aircraft and he was flown to James Cook University Hospital in Middlesbrough in nine minutes. 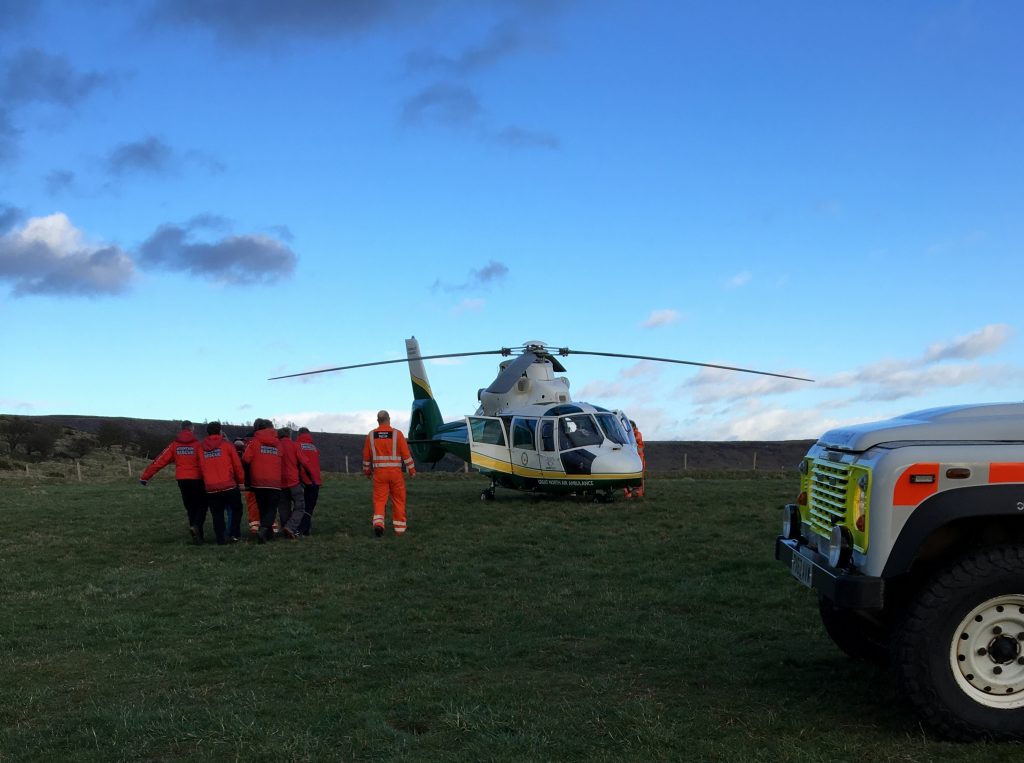 It was found that he had one artery blocked, and another partially blocked, as well as a blood clot.

He had a coronary angioplasty which is a procedure used to widen blocked arteries and remained in hospital for two days.

Mr Spence, who previously smoked, has not had one cigarette since the incident, in March 2019, and all of his family have had healthy heart checks.

Some of his family have also done the Gallon walk, which is a walk from Egton to Goathland stopping off at all of the pubs on the way, and raised £1,268 for GNAAS which was presented to GNAAS paramedic Gordon Ingram. 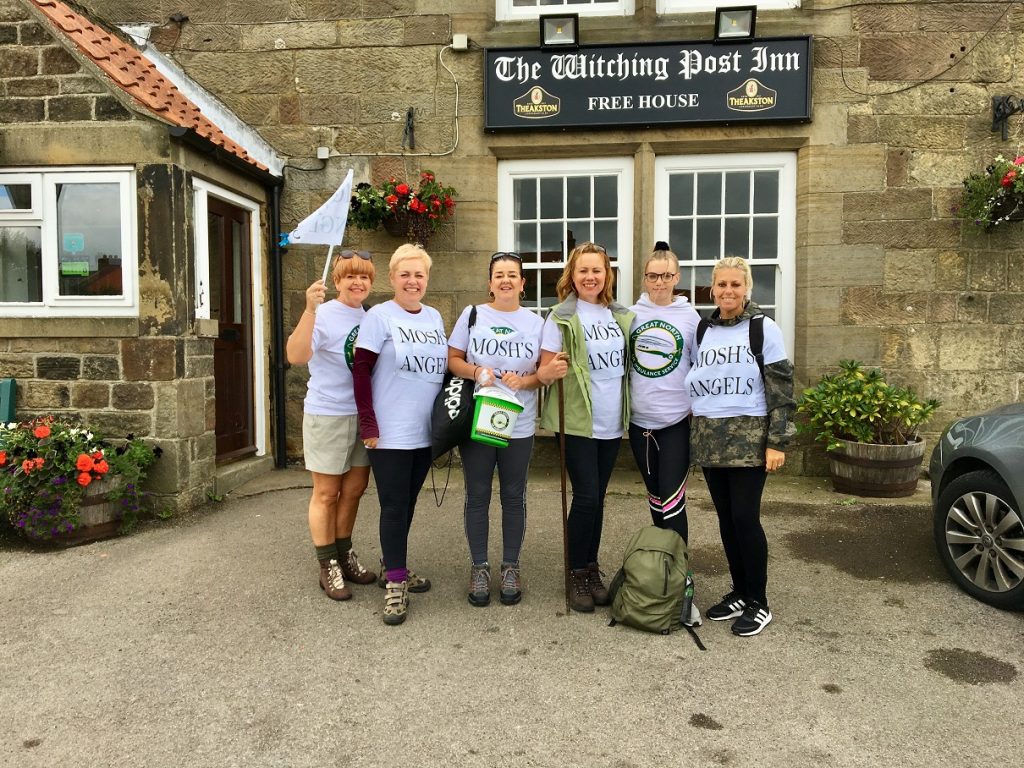 Gordon said: “It was great to meet Mosh again under better circumstances this time. It’s fantastic to see the progress he has made.

“Being able to provide the medical interventions on scene and then the quick transport to the most appropriate hospital increased his chance of survival. That’s what the air ambulance is all about. But we were just one link in the medical chain that was needed for Mosh to have the outcome he has had.”

Since first reporting the story, we are happy to say that Mosh returned to the peak of Roseberry Topping with the rest of his family, for their annual walk up the hill on Boxing Day. 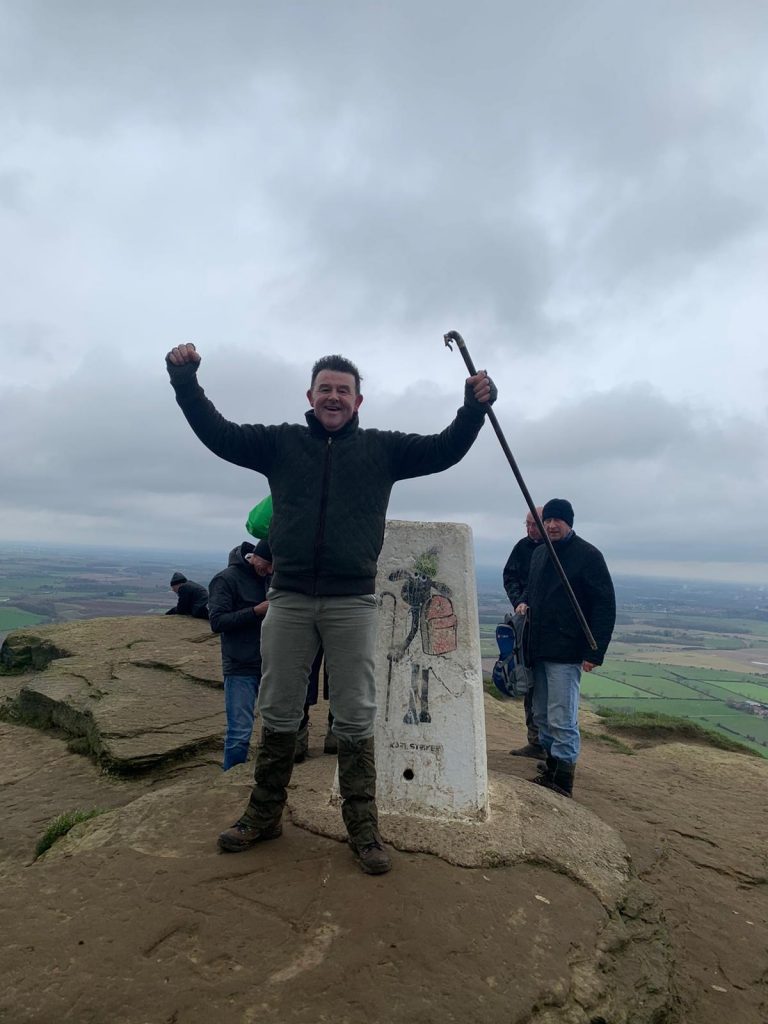