A YOUNG girl who impaled her arm on a fence post in a freak accident has met the doctor who came to her rescue.

Gracie Bartleson, eight, from Hartlepool, was visiting her Grandad who lives near the marina, with her mother and brother during the June half term holidays last year.

Recalling what happened, Gracie’s mother Carly Snowball, 38, said: “We’d just had fish and chips and it was a hot day so we decided to head outside onto the patio area.

“I’d only just turned my back to get some ice lollies when Gracie leant over the metal railings to pick up a dropped lip gloss. Her foot slipped and her arm fell onto the railings, which impaled her.

“Luckily the neighbour managed to summon help from a paramedic who was nearby, and I rang for the emergency services. As a mother to face that situation, it was horrendous.”

Carly said: “I didn’t even hear the helicopter when it arrived. I think I was just in shock and the adrenaline of looking after Gracie and holding her arm up so it didn’t slip further down the railings.

“I just remember GNAAS doctor Mike keeping me calm and letting me know she wouldn’t remember anything with a calming voice.” 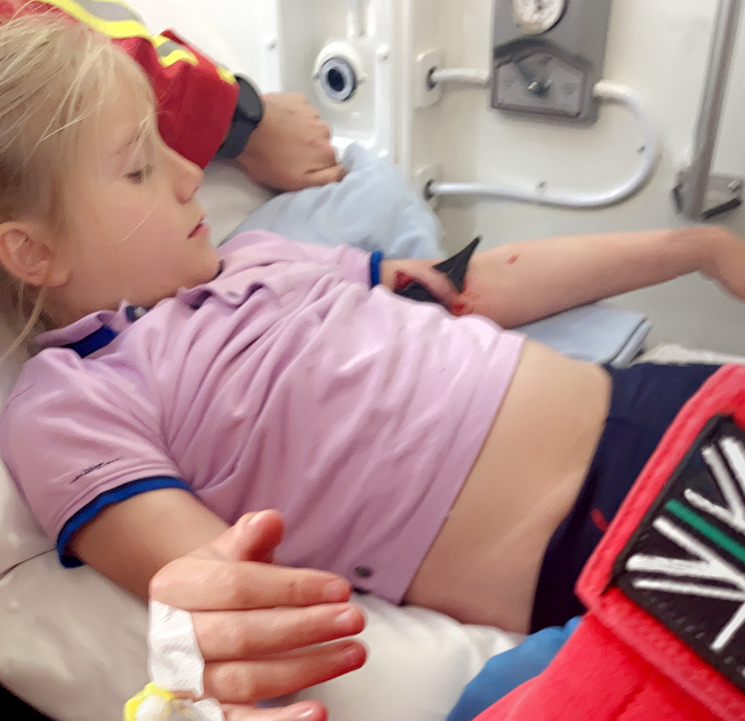 After administering pain relief Gracie was carried to GNAAS’ aircraft and she was airlifted with her mother to James Cook University Hospital in Middlesbrough.

Carly said: “It was peak traffic so it probably would have taken half an hour up to an hour by road. It only took five minutes to fly her to hospital.”

Gracie underwent surgery on her arm and stayed in hospital for two nights before returning home.

Carly said: “I was worried because it was close to the main artery. She could have lost her arm or bled out, but she was so lucky.”

Since the incident Carly has raised £500 through JustGiving, organised clothing collections and plans to carry out further fundraising to support GNAAS.

Gracie was reunited with Dr Mike at GNAAS’ base in Eaglescliffe and was lucky enough to see the helicopter in flight before sitting in the pilot’s seat. 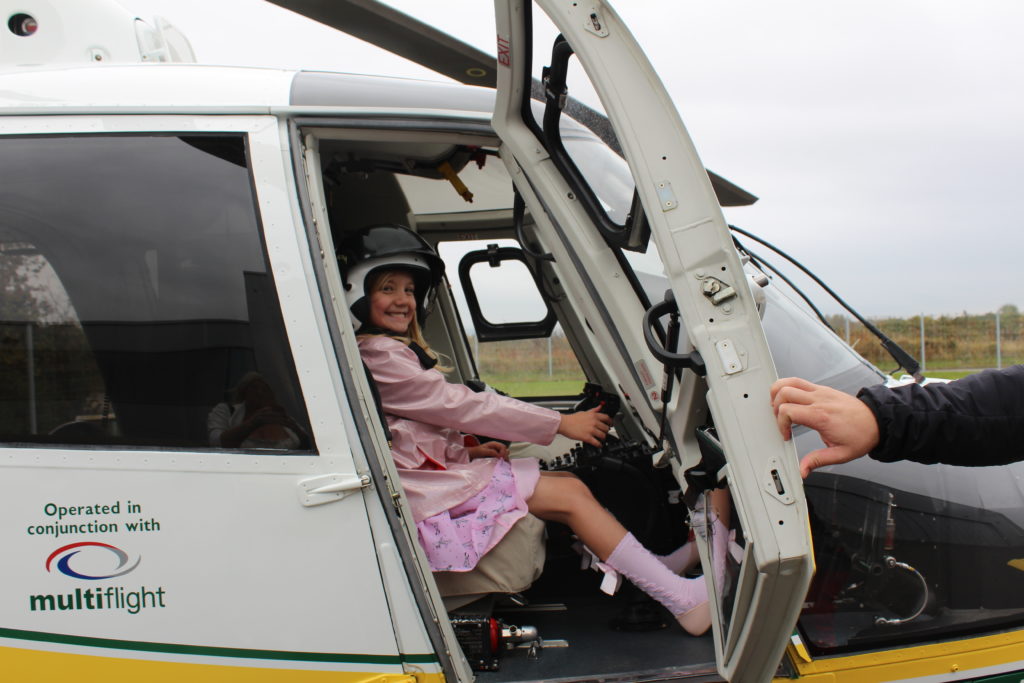 Carly said: “We are so grateful to everyone who helped us and we’re just so thankful to meet Mike and show our appreciation. It was a great visit and we can’t thank him enough.”

Dr Mike added: “It was lovely to meet Gracie and her family and see her looking so well.

She was incredibly brave that day and it’s great to see her in much better circumstances with a smile on her face.”