“She made the decision that she wanted to live so that’s when we all decided we would be there for her no matter what.”

A Gateshead mum has celebrated her daughter’s 26th birthday eight years after being told she wouldn’t survive the car crash that left her with life-changing injuries.

In June 2015, 26-year-old Bethany Oliver had been to a funeral when she was involved in a road traffic collision. 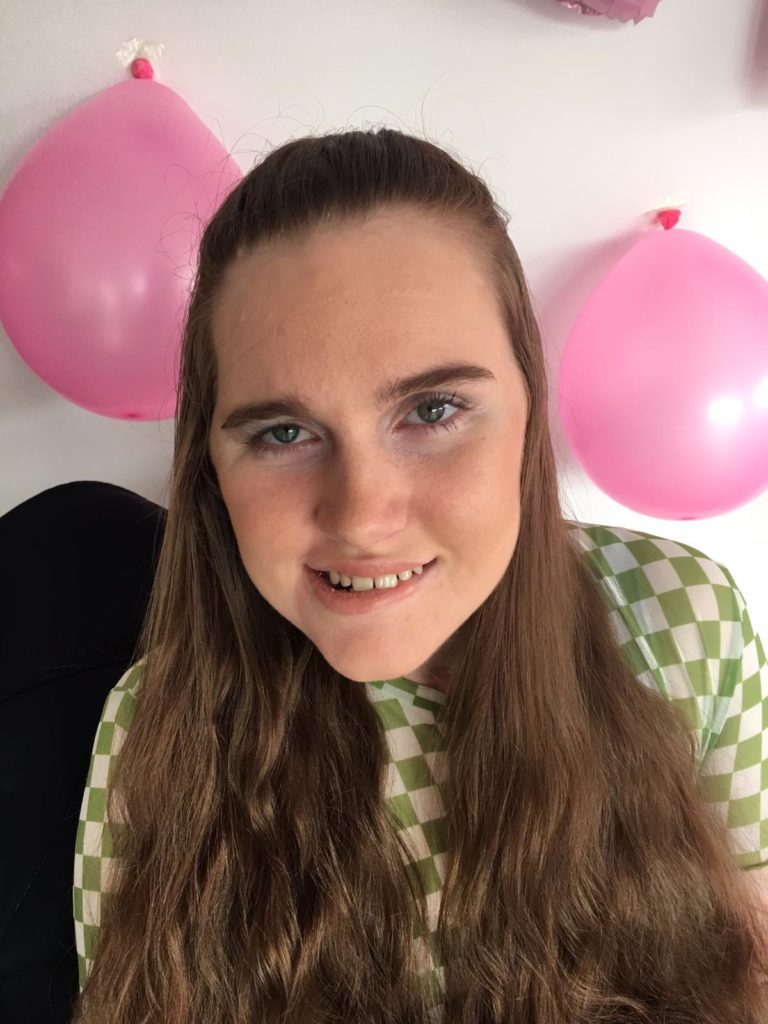 Bethany’s mum, Claire Foster, said: “On the morning it happened, I remember Beth doing her hair and makeup when I had just got in from work and I waved her off down the street.

“She looked fabulous when she left. Bethany was out all the time and really lived her life to the full – she was always out raving and dancing.”

“After the funeral, Beth got a lift home when the driver lost control. The car flipped and hit a pedestrian and then went through a brick wall, landing on its roof.” 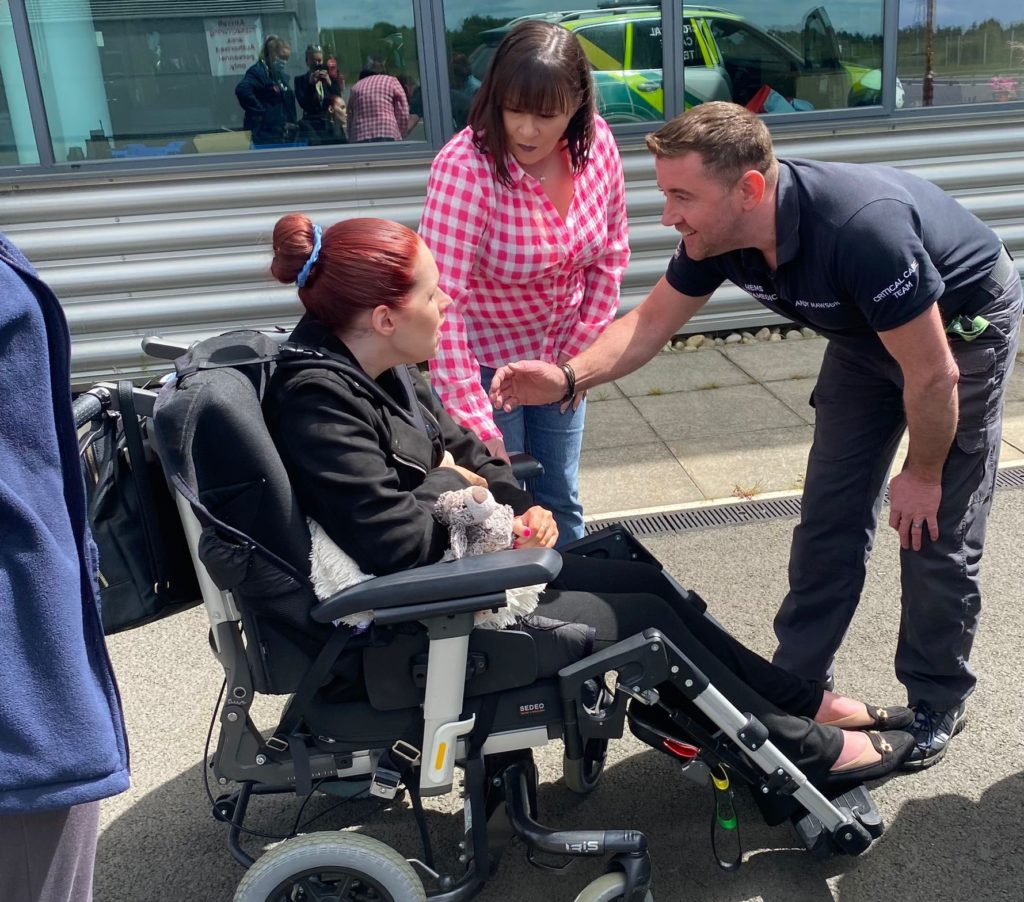 The Great North Air Ambulance Service (GNAAS) was tasked instantly to the crash and Miss Oliver received blood from the charity’s critical care team. She was then put in an induced coma on scene and flown to the Royal Victoria Infirmary (RVI) in Newcastle.

Miss Oliver had been thrown back into the boot of the car on impact and had a catastrophic head injury, a broken collar bone, and a tear in her spleen.

Miss Foster said: “When I finally went in to see Beth, I couldn’t believe it. She was still covered in blood and had the neck and head brace on and tubes everywhere and my legs just collapsed beneath me.” 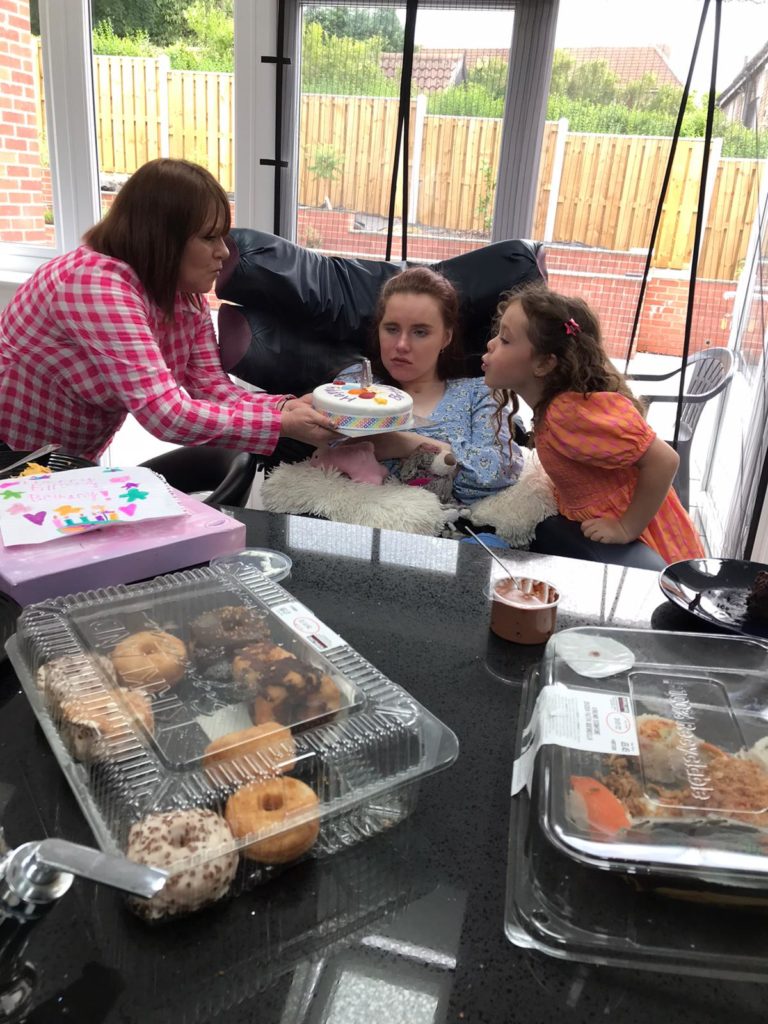 Specialists at the RVI told Miss Foster to prepare for the worst because of how bad her head injury was and that if she did survive, she would have a limited quality of life.

Miss Foster said: “There were discussions around turning Beth’s life support machine off, but I said absolutely not. They decided to take out her breathing tube to see if she could manage herself and she did.

“She made the decision that she wanted to live so that’s when we all decided we would be there for her no matter what.” 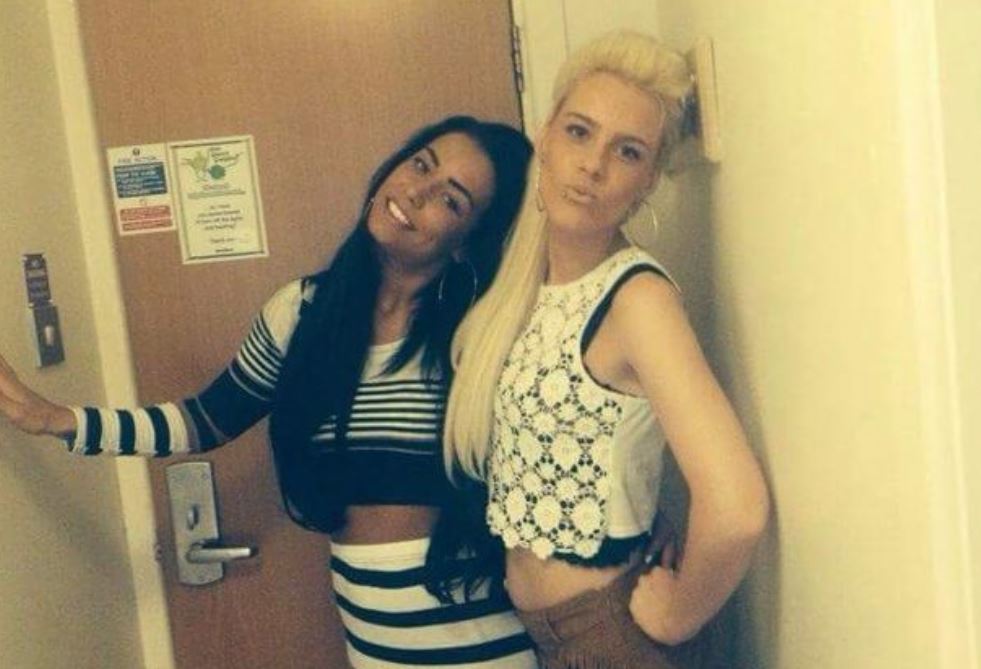 Miss Oliver was transferred from the RVI to Walkergate Park Hospital before going to the Alan Shearer Centre where she began her long rehabilitation journey.

Miss Foster said: “The injuries have had a huge impact on Beth but here we are, years on, and although we can’t do what we used to do, she is so happy.

“She laughs, she sings, she loves being pampered and although she can’t respond, she always knows what you are saying.”

GNAAS doctor, Rachel Hawes, treated Bethany on scene. She said: “We see so many patients at some of their worst moments and it is heartwarming to see them again on their road to recovery.

“When I saw Beth not long ago, I noticed such an improvement in her which was very moving. She’s such a strong lady with amazing people around her.”

“We take every day as it comes, and I have accepted that this is our life now. I’d do anything to go back to how things were, but we can’t, and Beth wouldn’t want us sitting around crying.”