We couldn’t do what we do without the support of our local community. Here are just some of the events which have taken place to raise money for our charity.

The Bay Riding Group raised £800 after hosting a show jumping competition and a raffle along side it.

The Redcar Friendship Group For Widowed People regularly meet up to socialise and have supported GNAAS for several years. Collectively they raised £240 for our charity. 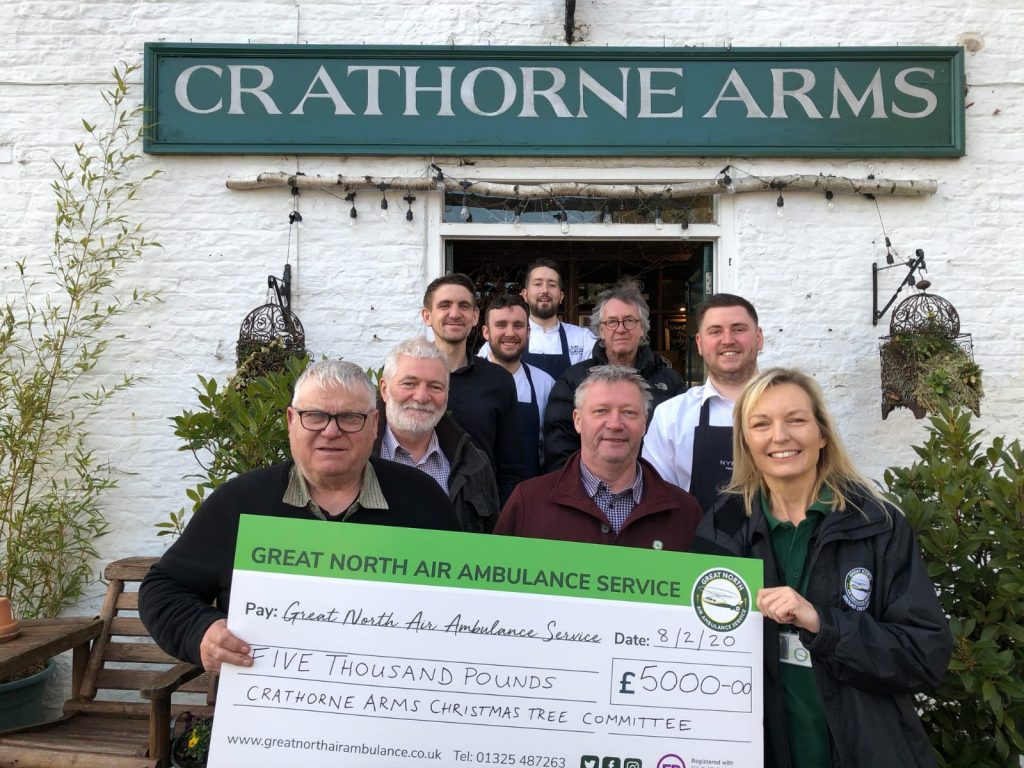 The Crathorne Arms held a ‘carols around the Christmas tree’ event in December, including a hog roast and raffle to raise money for GNAAS. Thanks to match funding from Barclays the total donated to our charity was £5,000. 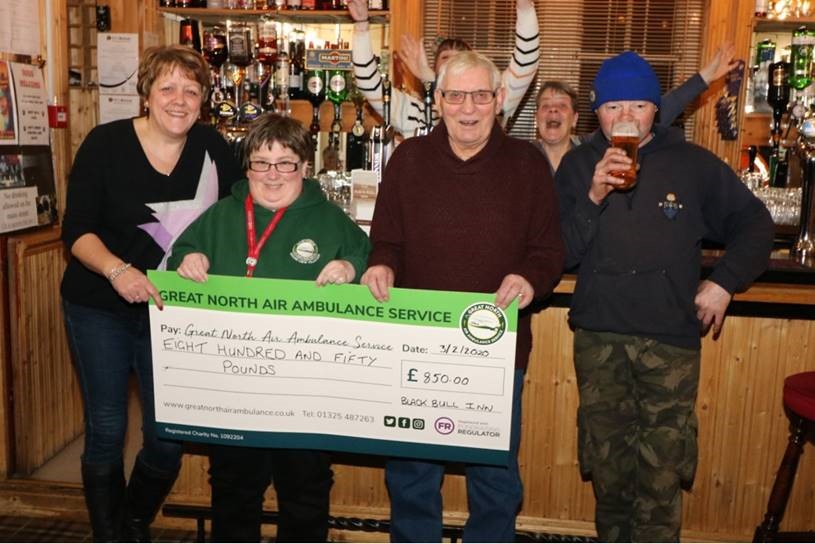 The Black Bull Inn in Wooler have supported GNAAS for several years and recently raised £850 at the bar. To date they have raised £1,387.36 for our charity.

The Friends of St Oswald’s Church 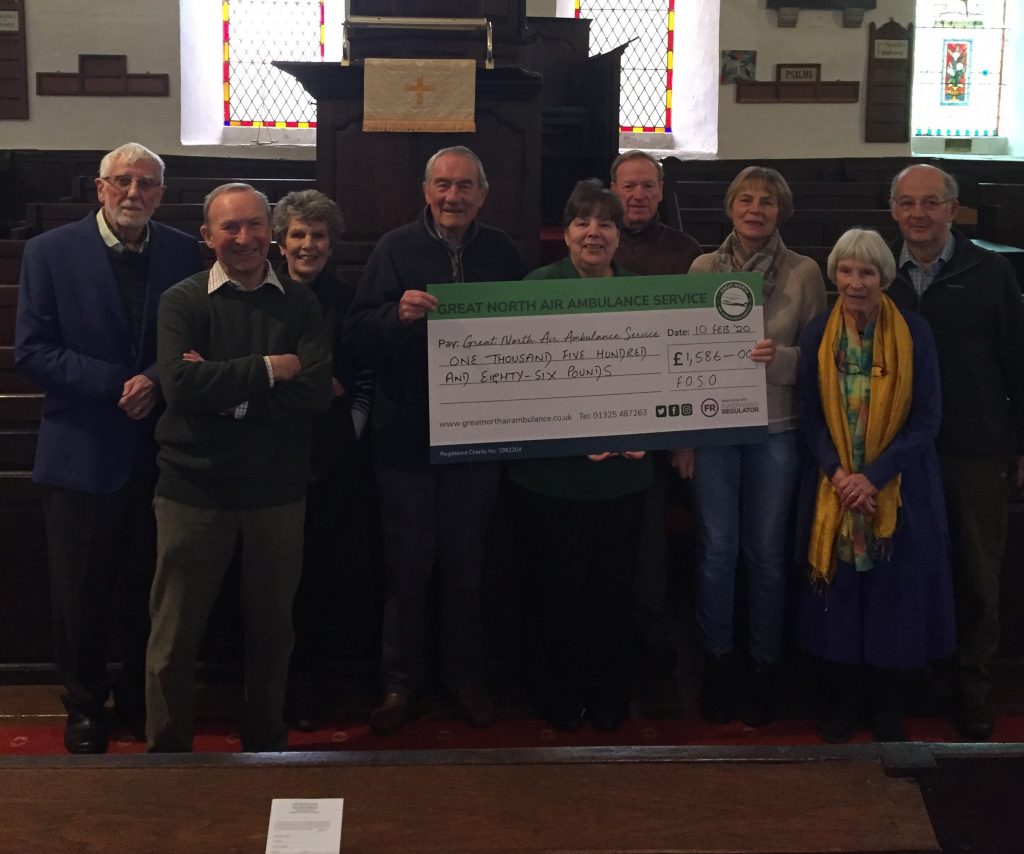 The Friends of St Oswald’s Church (FOSO) put on a play last November in the church, in Ravenstonedale and raised £1,586.
The basis of the play according to FOSO was that two nieces of a former amateur theatrical producer found some old costumes of the defunct group in his house, the last production being Cinderella.  The group had almost immediately disbanded and the girl who had played Cinderella, on whom the uncle was very sweet and planned to marry, seemingly disappeared without a trace, and the two nieces managed to bring the whole group back together including Cinderella with the eventual ‘happy ever after’ ending.

Are you holding a fundraiser or would like some help to get you started?