A community rallied around to save a man’s life when he fell dangerously ill after climbing Helvellyn.

The Austin family’s walking break in the Lakes almost ended in tragedy after Toby, 44, suffered a cardiac arrest in Glenridding.

Toby said: “GNAAS and the other first responders did a fantastic job that saved my life. I’d like to express my deepest gratitude to them.”

Describing the frightening episode, which happened last September, John Austin, Toby’s father, said: “Toby decided to climb Helvellyn. My wife Irene and I were pretty tired from the previous day’s walk around Haweswater so he went alone.

“We all know Helvellyn, having climbed it many times, and we knew the route that he would take.

“I rang him in the afternoon and said you’re going to be at the cottage before us, and I asked him just to put the fire on and make sure everything was ok when we get back.” 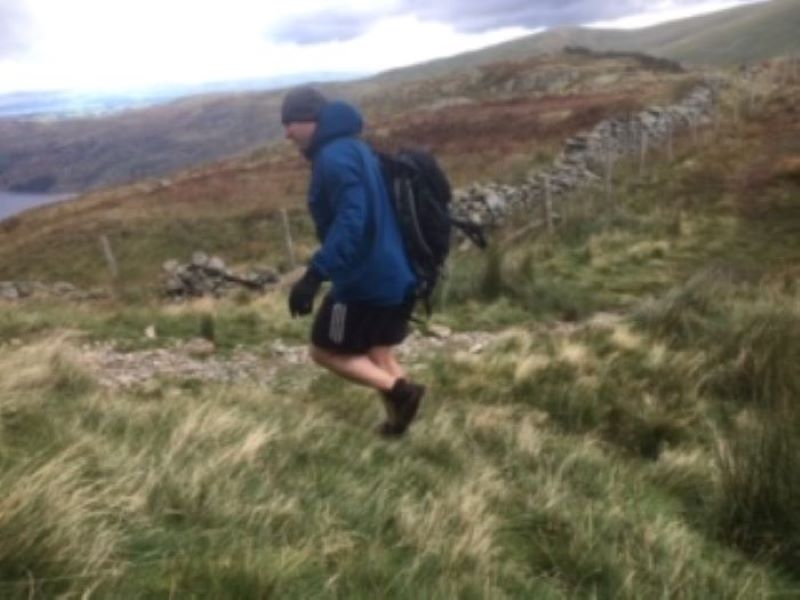 The couple expected Toby to be back at his car by around 2.30pm, but although they were expecting a call, it never came. Instead, John’s attempts to contact his son ended in him speaking to a hospital nurse.

John said: “It was after a few failed calls to his phone that I was suddenly connected to a nurse at the Cumberland Infirmary.”

To help piece together what happened, John spoke to GNAAS paramedic Andy Dalton in the aftermath of the incident.

He said: “Andy and his colleague Izzy Freshwater had decided that as Toby’s heart was not settling into a rhythm it would be better for him to be transported in a land ambulance rather than by helicopter.

“They accompanied him and were using a Lucas 3 chest compression system. Toby was receiving a lot of adrenalin and received a number of shocks on his way to hospital.”

Toby was discharged from hospital in December and returned to his home in Scotland in January.

He said: “I’m now back at work and gradually returning to life as it was before the cardiac arrest.”