“If it wasn’t for Dave and the team I wouldn’t be here today telling this story so I can’t thank them enough.”

A cyclist from Sedgefield who suffered a brain injury in a serious collision now aims for Paralympics glory.

Ben Hetherington, 26, was taking part in a time trial road bike race on 23 May 2019 when he was involved in a collision with a car on the A689 near Sedgefield.

He sustained injuries on his left-hand side including a broken wrist and fractured shoulder but more seriously a traumatic brain injury.

Dr Dave Bramley from GNAAS, said: “When we arrived on scene it was clear straight away that Ben had a really significant head injury and needed some advanced interventions to help decrease the severity of it.

“We gave him an anaesthetic and some medication to reduce the pressure on his brain and took him very quickly to a hospital with a neurological service.” 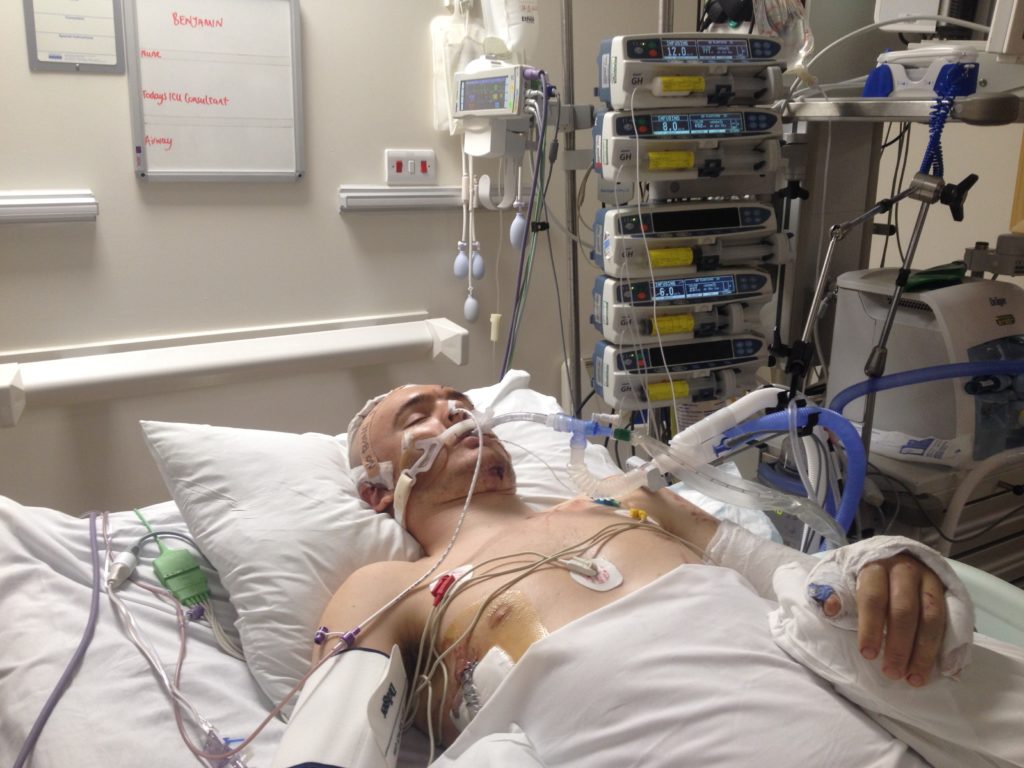 Ben was airlifted to James Cook University Hospital in Middlesbrough in 12 minutes where he underwent surgery and several months of mental and physical rehabilitation. He was transferred to Walkergate Park, a specialist neurological rehabilitation hospital in Newcastle, and was eventually discharged at the end of January 2020.

Despite a lengthy recovery process, Ben was determined to return to cycling and this year he won a silver medal in the para C3 category 3k pursuit at the British Cycling National Track Championships.

He said: “When I found out I got silver I was like, is this real? I couldn’t believe it, I picked up the phone and told everyone.

“I’m aiming to try and get in the Paralympic squad, so hopefully that will happen.”

Ben and his family recently visited our base near Eaglescliffe to thank Dr Bramley, who was one of the doctors who helped him at the scene of his incident. 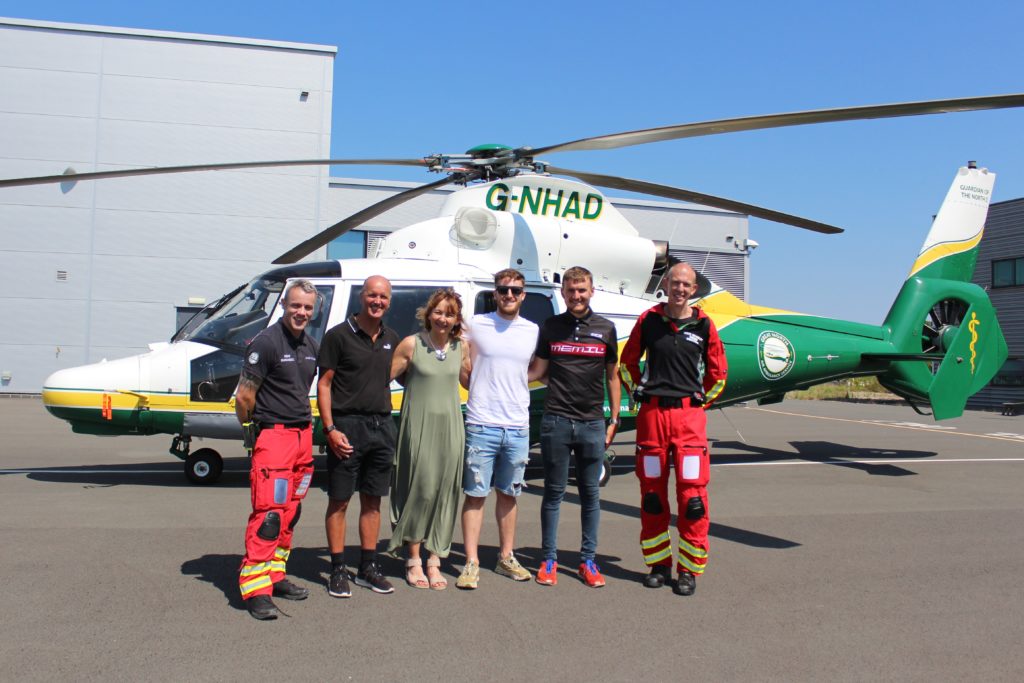 He said: “If it wasn’t for Dave and the team I wouldn’t be here today telling this story so I can’t thank them enough. The more people that fundraise for GNAAS the better because it’s such a needed service.”

Dave added: “We were just blown away when we saw what Ben had managed to achieve with his cycling. From the time that we’d left him at the hospital we were very concerned that Ben wouldn’t survive, and if he did, we expected him to have a very serious neurodisability as a result of his very severe injuries.

“It’s just amazing to see how he is today and just knowing the amount of effort and determination he’s shown to get to this stage through his rehabilitation is just really inspiring.”