“Permanent paralysis was the prognosis. I said ‘I will beat this, and I will recover’.”

Neil Mutch, 57, from Berwick, was told he would never walk again after suffering devastating injuries in a car crash while returning from a cycling challenge.

For the first time, Neil has opened up about the accident which happened back in 2015 and shared with us his true story of triumph over adversity. In his own words, here it is:

I was up early about five or six in the morning to register for the cycle challenge that I was about to do that day. I spent the entire day on my bike cycling through The Cheviots, Northumberland– it was a really hard day and a tough climb but that was my enjoyment. 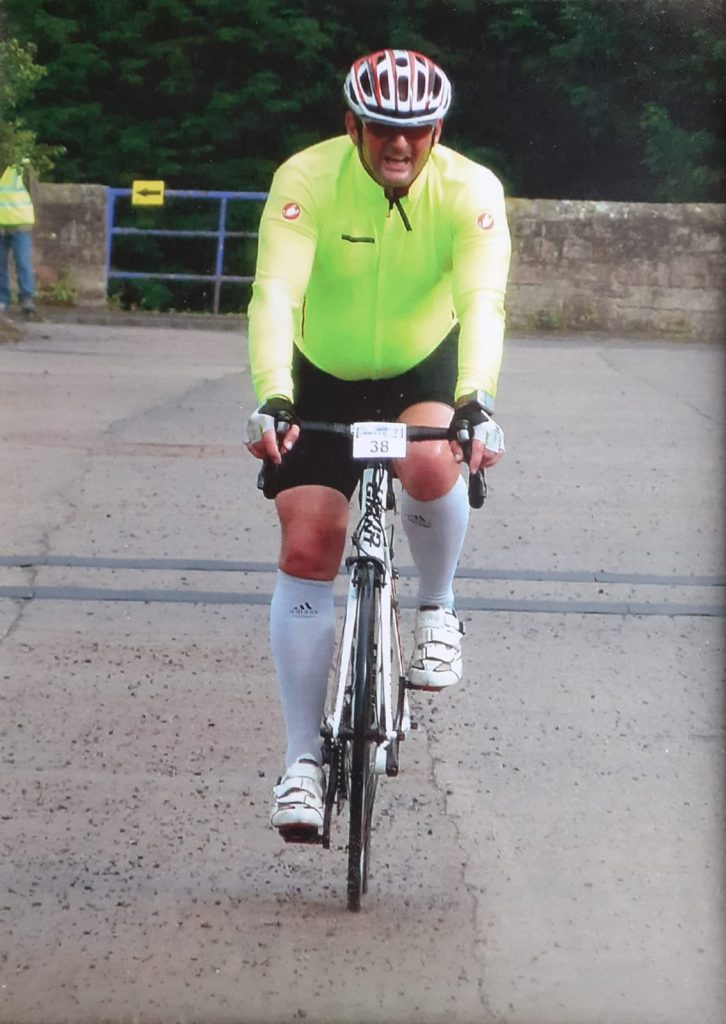 After the event had finished, I racked my bike onto my car and rang my wife Sharon to say I was heading home and would be around 30 minutes and she said she would put the curry on – that was the last thing I remember.

The accident happened on the A1 bypass around 400m from my turn off. Just 400m!

I was travelling northbound and my car ended up in the lane going southbound. The assumption is that I blacked out.

The first collision was the front of my car with the rear end of a van which then caused me to spin sideways southbound up the road where the car behind the van then collided with my passenger side. My car was crushed. 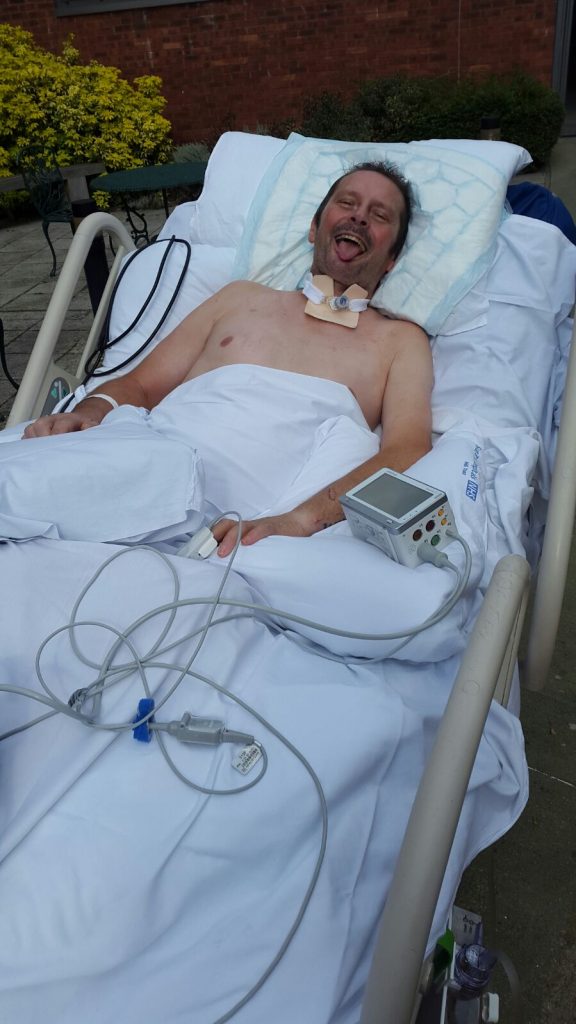 GNAAS flew me to the Royal Victoria Infirmary (RVI) in Newcastle – I had broken the C1 and C2 vertebrae in my neck as well as internal decapitation which is also known as the ‘hangman’s fracture’ and is fatal in 80% of people.

I also had eight broken ribs, a fractured sternum, a fractured cheek and collar bone, a punctured lung, and a bleed on the brain.

I had no idea what had happened and when I woke up in the RVI, Sharon was over me and all I could hear her saying was ‘please promise me you will fight’.

Permanent paralysis was the prognosis. I said ‘I will beat this, and I will recover.’ 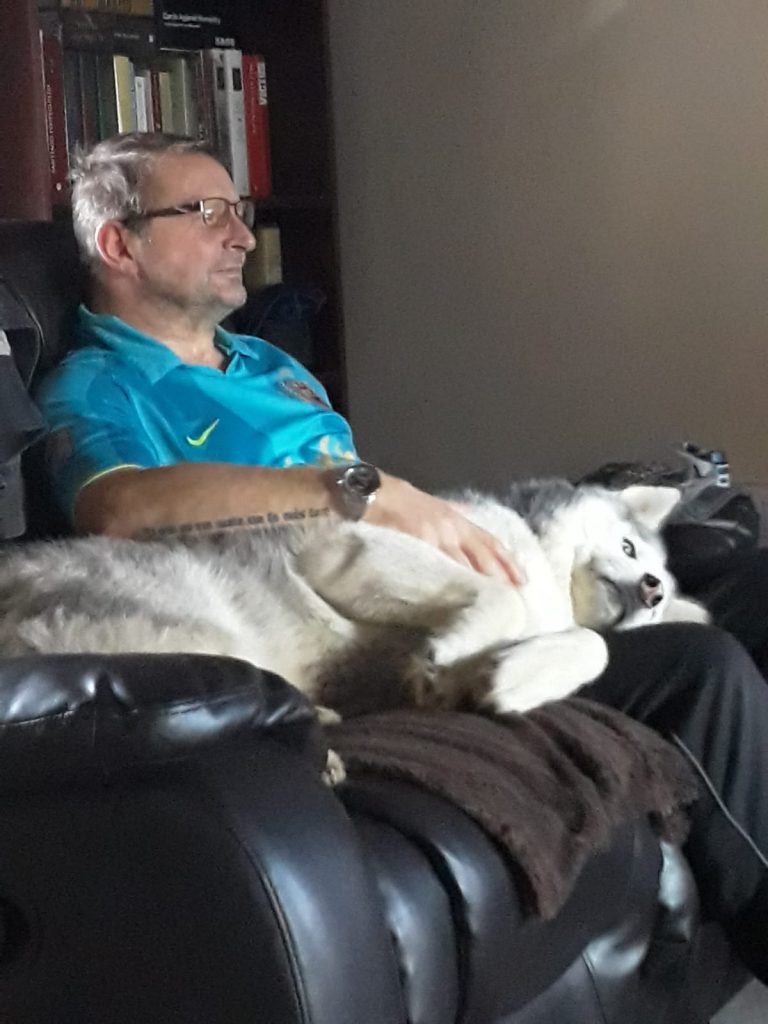 I was in the RVI for two to three weeks then because of my spinal injury, I was transferred to the regional spinal unit and to the intensive care unit in James Cook University Hospital.

It wasn’t too long until I had small movement in my feet and hands.  I remember the first time my finger moved, I thought actually I will get better and will be able to walk again.

On the ward, I remember being able to open and close my legs. One day I did it and the nurse asked me if it was a spasm. I told her no, I can do this, so she said do it again then, so I did. She was completely stunned. They had all been told that I would never move again.

I was worried about the things I might not be able to do in normal life, like enjoy and make a cup of coffee, go to the toilet, and walk my dogs – I missed them so much. I just missed home so much. 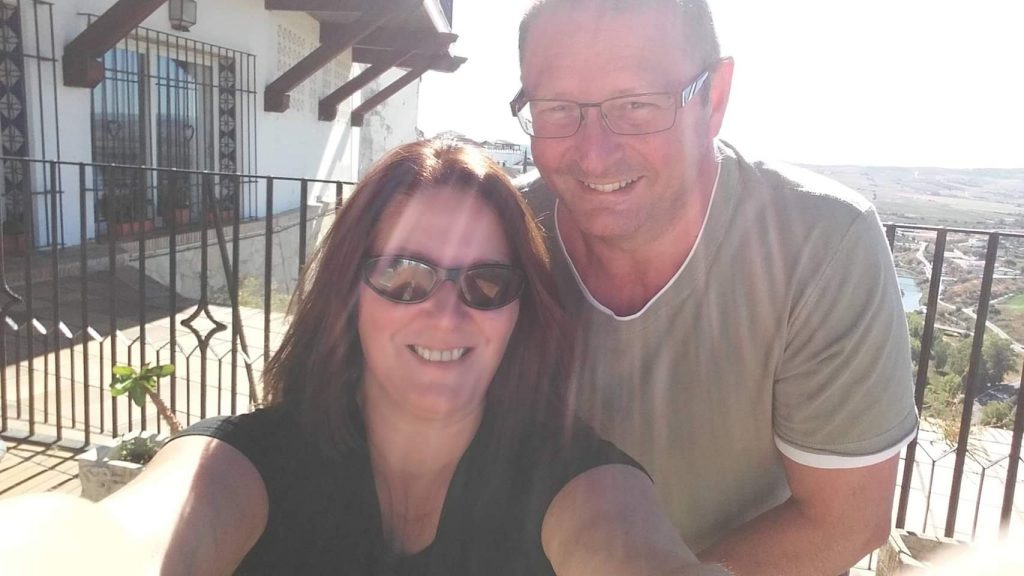 I knew I was going home on a specific date and by then I had progressed from a few steps in parallel bars to a frame which was so incredible and monumental for me.

I asked the physio before I was discharged what the plan was for me leaving the hospital and whether I would be getting a frame – there wasn’t even a plan in place. They didn’t think I could do it!

Well, I took SEVEN steps out of the hospital doors in my frame after being told I would never walk again.

The day I was discharged two of the physios came off their lunch break to see me. It was incredible. They were cheering as well as the nurses who had looked after me for so long and they all made the time to say goodbye.

Very quickly once back at home I had physio twice a week. On my six-month hospital appointment, I returned my walking frame and had two walking sticks. 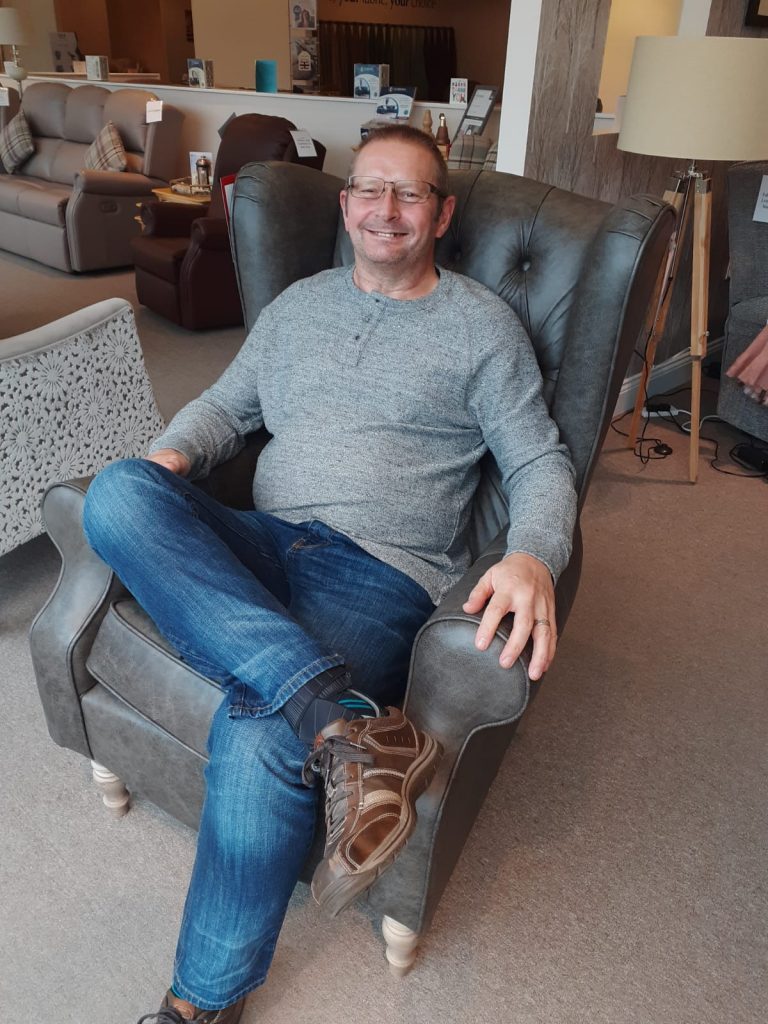 What has driven me so far is my stubbornness and reluctance to give in to it.

The charity is superb. My brother said to me not so long ago that before when he saw the air ambulance he would say ‘oh god there’s somebody’s day ruined’ but now he says ‘there’s someone else’s life saved’.

My outlook on life is to keep fighting and don’t give up.

Help us to keep holding strong this Christmas.

Your support will help safeguard our whole organisation. At a time when our operational cost has increased due to the global pandemic and the requirement for PPE, it is vital.