“It would be horrendous to think that another family would be in our situation, and that the air ambulance wasn’t there to help.”

Isaac Hoey from Sunderland was only six weeks old when he suddenly stopped breathing while on a weekend break in the Mungrisdale area of the Lake District in 2018.

Recalling the incident, his mother Helen Hoey said: “We had been for a weekend away in the Lakes and Isaac had developed a cold over the course of a few days which had gradually got worse.

“On the Monday morning we had packed the car and were ready to go home when Isaac started crying in his car seat.

“It’s normal for a baby to cry, but then he was having a coughing fit whilst he was crying and his face went blue, so I shouted for my husband Steven and between us we rang an ambulance.” 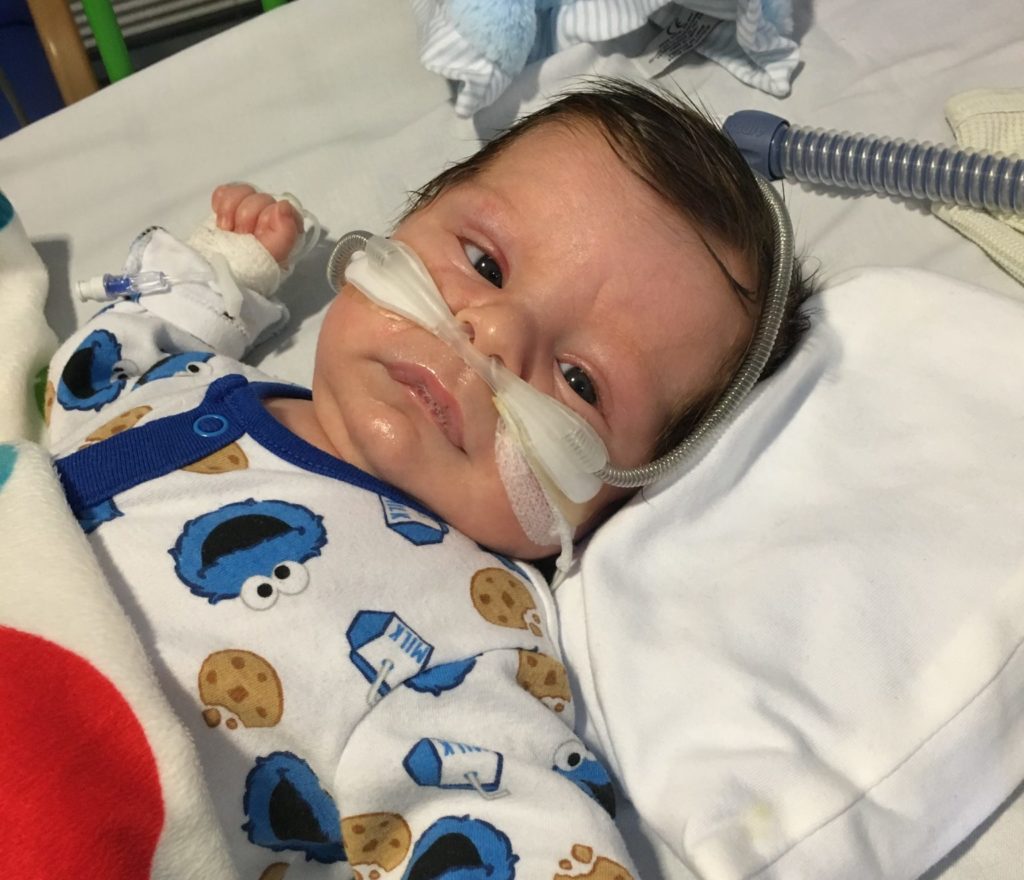 Luckily Helen had taken a first aid course a few weeks before Isaac was born and remembered how to do CPR on a newborn baby, so she guided her husband on how to do it while on the phone to the 999 call handler.

Isaac was administered oxygen by our critical care team before being airlifted to the paediatric intensive care unit at the Royal Victoria Infirmary in Newcastle, where it was revealed that Isaac was suffering from bronchiolitis. 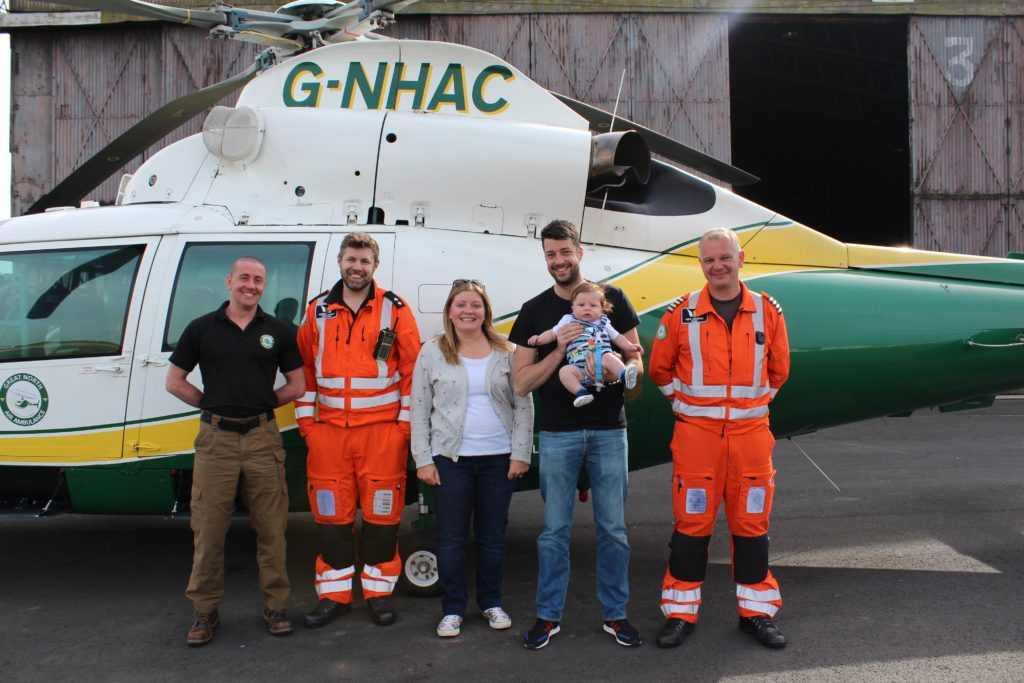 Isaac has since had a couple more bouts of bronchiolitis, and has a constant cough, but apart from that he’s recovered well and has since raised £730 for GNAAS with his two-year-old brother Elijah by walking, running and scooting 32 miles in a month.

Recently the family visited the charity’s base near Eaglescliffe and Isaac was reunited with paramedic Andy Mawson, who is also the director of operations at GNAAS. 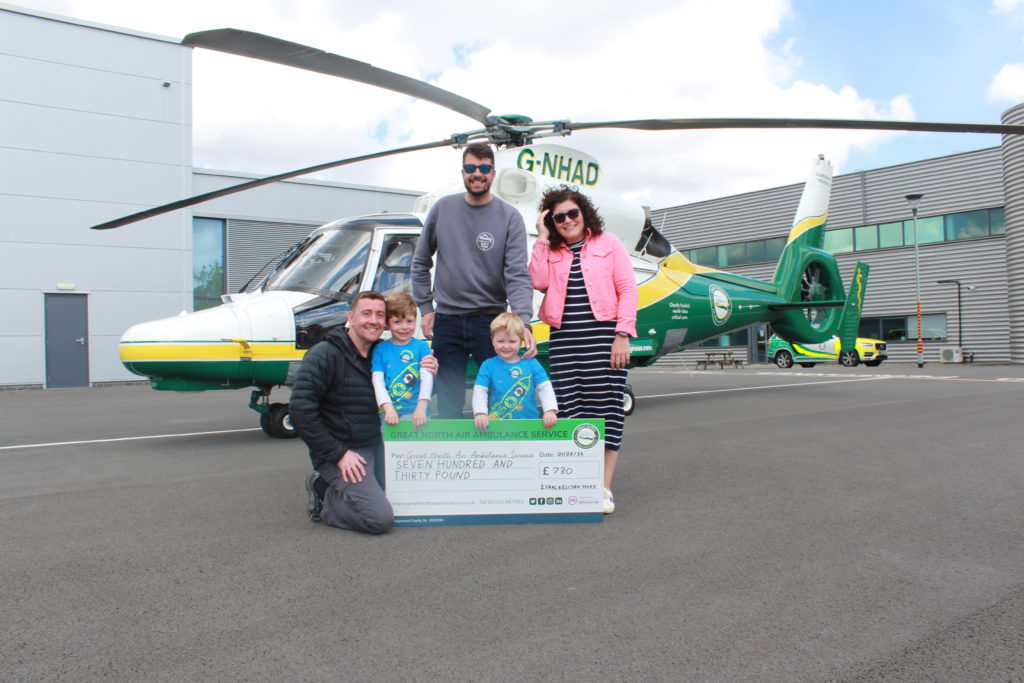 Andy said: “I still remember how tiny Isaac was when I first saw him, so it was a pleasure to meet him again four years later and see how much he has grown, as well as meet his little brother Elijah.

“I was delighted to hear how much the boys had raised for our charity and they should be very proud of their achievement.”

Helen added: “Not many people realise GNAAS is not part of the NHS, it’s completely based on charitable donations.

“It would be horrendous to think that another family would be in our situation, and that the air ambulance wasn’t there to help. It’s such an essential service and obviously needs to be funded in order to make sure that it keeps running.”