“I can’t even begin to tell you how blessed I feel 10 years on, and I now have a new little grandson. That’s the reason I continue to fundraise – I just feel so alive, and lucky and I like to stretch myself to celebrate life.”

Martin McGough, 60, of Norton, near Stockton, was thrown 20ft headfirst over the handlebars of his bike as he swerved to miss a sheep while doing the Coast to Coast bike ride in 2009.

Since his accident ten years ago, Martin has made it his mission to fundraise for the Great North Air Ambulance Service (GNAAS) at least once a year.

He said: “Every year I try to do an event for GNAAS as it’s such a good cause, they came for me in my time of need – they are just amazing. They really epitomise what a charity should be.

“They saved my life so I really have this affinity with them now because I really wouldn’t be here if not.”

The grandad, who shattered his neck in three places, was completing the second day of the Coast to Coast challenge with his brother and four friends when it happened whilst coming over the top of the Pennines. 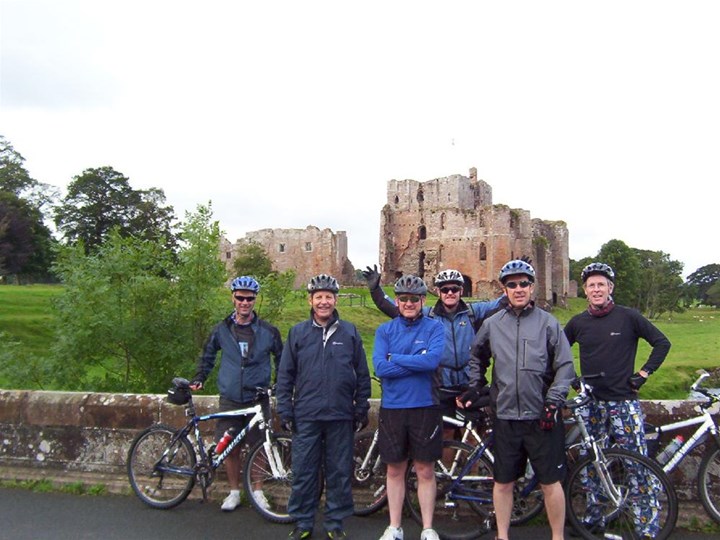 He said: “The route we took had lots of twists and bends and suddenly a sheep ran out, I didn’t want to hit it, so I swerved off road and ended up in a crumple.

“I was in agony straight away. From nowhere I could hear the helicopter and I still hear it to this day. I can pick it up from anywhere. The crew arrived and they covered me over and suddenly everything became so calm and relaxed. My friends and I still talk about that feeling we experienced.”

Martin was flown by GNAAS to James Cook University Hospital, in Middlesbrough, where doctors couldn’t believe he still had feeling in his legs and his arms despite the severity of his injuries.

He said: “I was off work for about six months, but I’ve had no problems since then and it’s all down to GNAAS. I think if I had of been travelling to hospital in a land ambulance, I’d be dead.”

While in hospital Martin had a ‘halo’ fitted which is a device used to stabilize the spine after traumatic injuries to the neck. He had to wear the halo for four months but still managed to keep his sense of humour and positivity throughout. 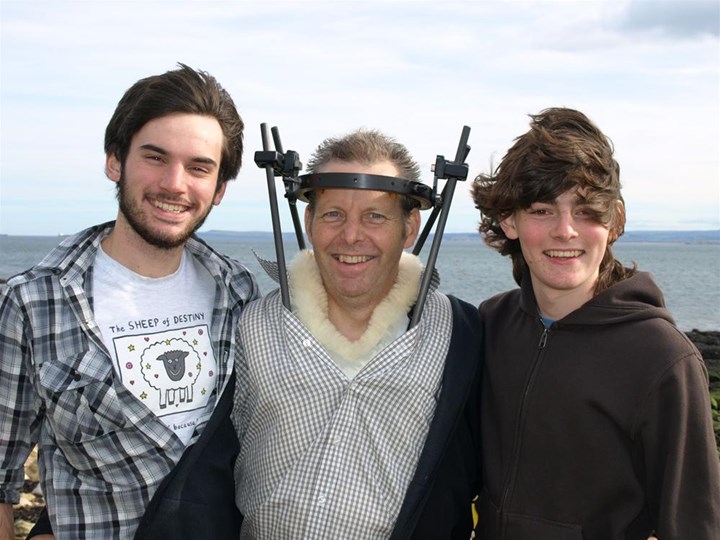 Martin’s wife, Eileen said: “I remember one time when we were in Ikea, he was wearing the halo and a little boy looked over and said to his mum ‘Look mummy, he’s a transformer – I want one of those from Santa.’”

“On Halloween, he dressed as Frankenstein as he had the bolts coming out of his head on the halo!” 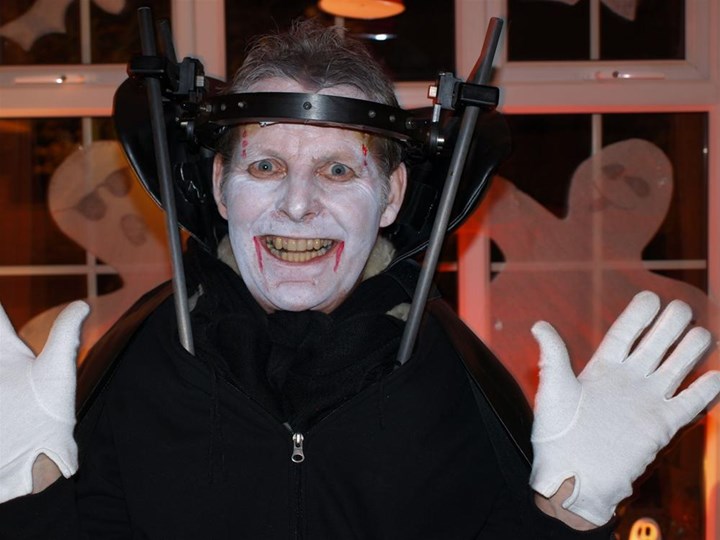 Just a year after his accident, Martin had already began his fundraising journey for GNAAS.

He said: “I started with the boxing day dip at Redcar beach nine years ago. I knew I had to do things out of the ordinary because of my injuries.

“I worked out how much on average a patient flight costed GNAAS and tried to raise the money to pay back what they had given me. We raised close to £2000 that time.”

Since then the grandad has always done various activities out of his comfort zone to raise money for the charity. 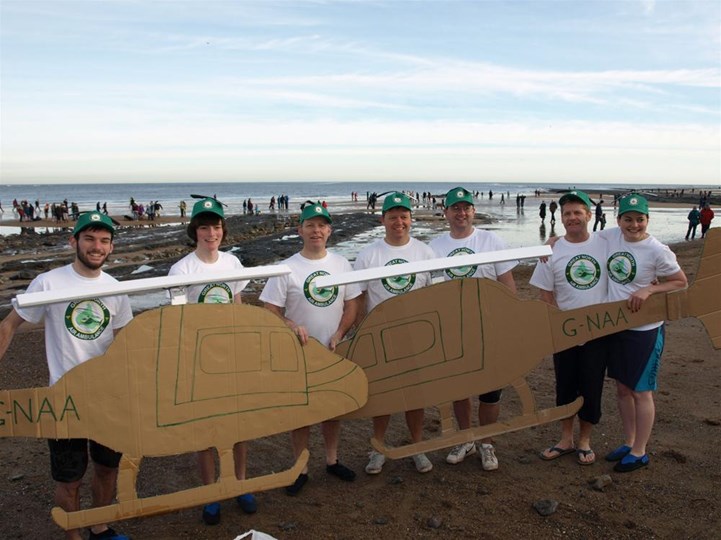 In 2017, Martin’s daughter, Kate approached him and said running the Great North Run with her dad was something that she wanted to tick off her bucket list.

Martin said: “Previous to my accident I had completed 10 Great North Runs so I stepped up to do it with her. 20 years later, I crossed the finish line with my daughter and it’s all thanks to GNAAS”.

This summer, to mark the 10-year anniversary of his accident, Martin really wanted to do something special. He said: “My daughter came up with the idea of an outside cinema where you get dressed up as characters from the movie.

“We did it with the greatest showman and invited around 40 people. They all donated, and we made about £700.”

So, what challenge is next for Martin? Eileen said: “His next activity should be extreme ironing – I would like to see that one.”

Martin hopes to carry on fundraising for GNAAS for as long as he can. He said: “I will never ever stop raising money for them and I’ll involve as many people as I can on my journey. I want to celebrate the charity and everything it stands for.

“I guess my next fundraising event you can watch out for will be the extreme ironing.”

Bishop Auckland man thanks GNAAS after 30ft fall through roof

A retired teacher left a donation in his Will. It turned out to be our biggest ever.